On July 16th, 2022 we celebrated Vancouver’s skateboarding history over the past 60 years, at the teacup and bathtub of China Creek Bowls Skatepark.

China Creek Bowls Skatepark was opened in May 1979 and was among the first skateparks in the Lower Mainland. Area residents, including youth living nearby, contributed to its design and ever since it has become one of several centres for the skateboard community and culture. Skateboarding in bowls was popular in the 1970s and 1980s and the park pre-dates the emergence of street style skateboarding. It drew skateboarders from the local neighbourhood and beyond as it was the only public skate park in the city of Vancouver until 2001 with the opening of the Hastings Bowls Skatepark. The park has and continues to host a mix of ages, cultures and genders emphasizing fun skateboarding and socializing. Mutual respect is the foundation for the 'skate etiquette' of the park. There are now a variety of skateparks in different neighbourhoods including Kensington, Mount Pleasant, East False Creek and Quichena.

This plaque is sponsored by local skaters.

We are looking for you to share your stories connected to Vancouver skateboard history!

Submit your story and tell us more about this site or why China Creek Skatepark matters to you. 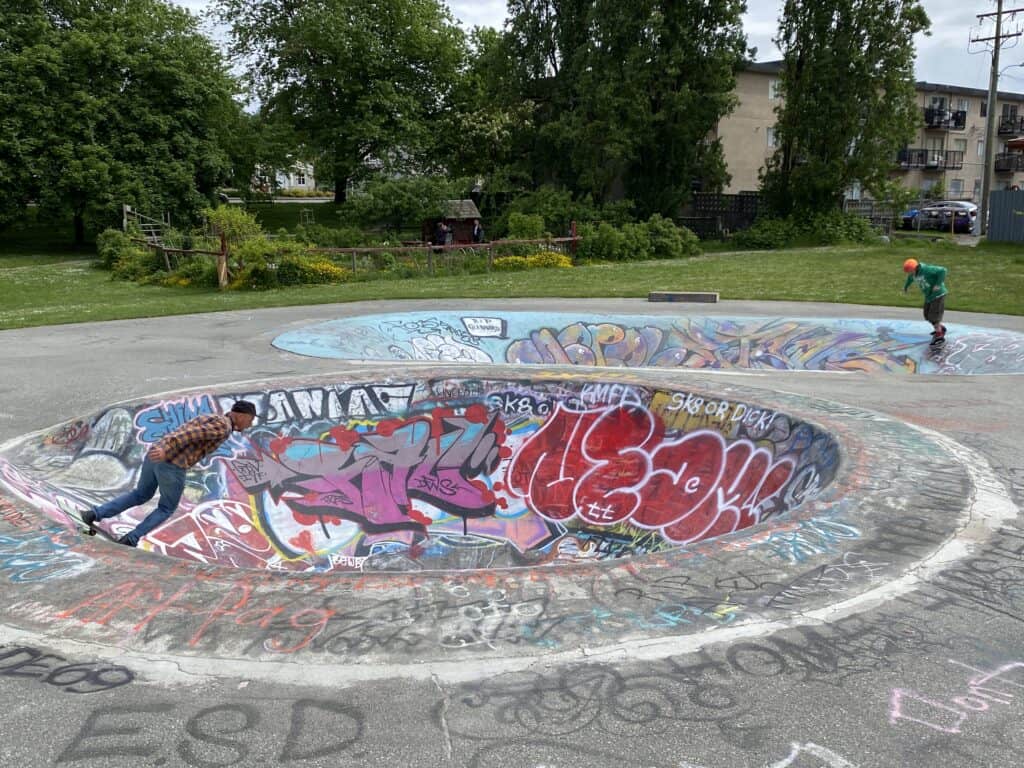 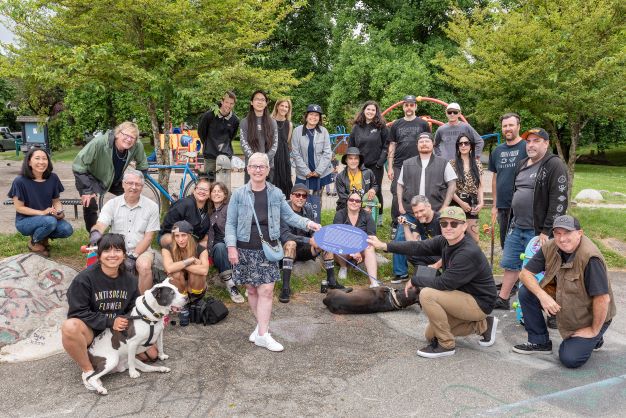 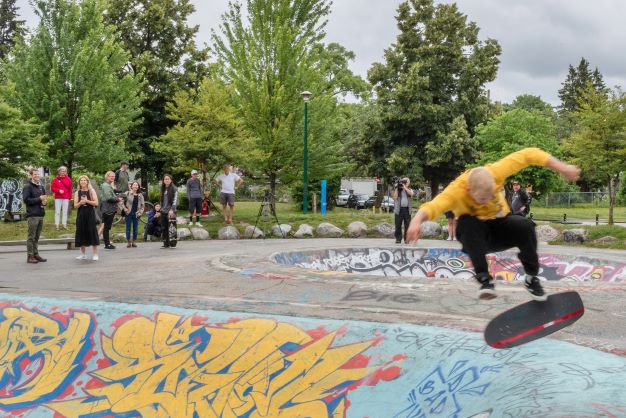 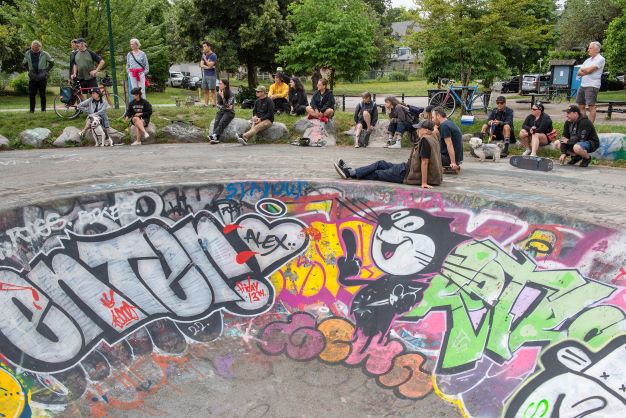