Trout Lake was a popular skating spot, easily reached from the Cedar Cottage interurban stop nearby. In 2017, for the first time in 20 years, the Vancouver Board of Parks and Recreation opened Trout Lake for ice skating.

Trout Lake was a natural peat bog lake fed by many streams and home to abundant trout, salmon and beaver. In the pre-contact era, Aboriginal trails passed alongside. From the 1860s until the city built its Capilano water system in the 1880s, the lake provided water, via a flume, for the boilers at Hastings Mill on Burrard Inlet and was a popular skating rink during cold winters. The lake and surrounding land were donated to the Park Board in the 1920s by Aldyen Hendry Hamber on the condition that it be named for her father, John Hendry, one of the industrialists who had owned the Hastings Mill.

Trout Lake served as the water supply for the boilers at the Hastings Mill from the 1860s until the city built its Capilano water system in the 1880s. A flume on a trestle connected the lake by an easy grade to the mill at the foot of Dunlevy Street on the waterfront. As its water was slightly acidic, the boilers didn’t have to be cleaned as often, but beaver in the lake kept damming the flume’s entrance. In cold Vancouver winters, Trout Lake was a popular skating spot, easily reached from the Cedar Cottage interurban stop nearby.

In 1917, the Park Board expressed its first interest in Trout Lake, and three years later began to assemble land nearby. Following a donation by Aldyen Hendry Hamber, the board gave the lake an official name, John Hendry Park, in honour of the industrialist who had owned the Hastings Mill company and consolidated the province’s largest lumber company of the day, the B.C. Mills, Timber & Trading Company. But the improvement of the park was slow: in 1932, a peat-mining operation was underway to provide the Park Board with revenue.

Born in New Brunswick, John Hendry came to Vancouver in 1872 when the lumbering industry was just getting started. After a brief stint in the state of Washington, Hendry was commissioned to rebuild the Moodyville Mill which had been recently destroyed by fire. His most influential endeavours included the Royal City Planing Mill in New Westminster and the Hastings Saw Mill.John Hendry died in 1916 at the age of 72 having earned many titles in his lifetime some of which included: President Vancouver Board of Trade; President Canadian Forestry Association and Mayor of New Westminster.

Hendry’s daughter married Eric W. Hamber, one of the previous Lt. Governor’s of British Columbia. In 1926, the Hambers donated part of their land at the Trout Lake site to the Vancouver Park Board under the condition that it be called “John Hendry Park”.

After the Second World War, Trout Lake continued its evolution as East Vancouver’s only beach. Its field house was built in 1951. More recently, portions of the shoreline have been allowed to return to a natural state and the park has become popular for public gatherings, as well as becoming the site of a weekly Farmer’s Market – harbinger of the trend to local food and urban agriculture in the modern city.

John Hendry Park and Trout Lake is the site of year round festivities and recreational use. Since the 1980s, Public Dreams Society (no longer in existence) hosted its annual Illuminares in July at John Hendry Park. This event, amongst others like the Parade of Lost Souls, were aimed at creating community spirit through creative participation in the city. Since 2013, National Aboriginal Day (June 21st) has been celebrated at Trout Lake with full day entertainment, festivities and learning for all ages. National Aboriginal Day is a day recognising and celebrating the cultures and contributions of the First Nations, Inuit and Métis Indigenous peoples in Canada.

VHF celebrated Trout Lake’s history during a plaque presentation on Saturday October 27, 2012. The plaque has been installed on the public seating structure at the north end of the park’s waterfront. 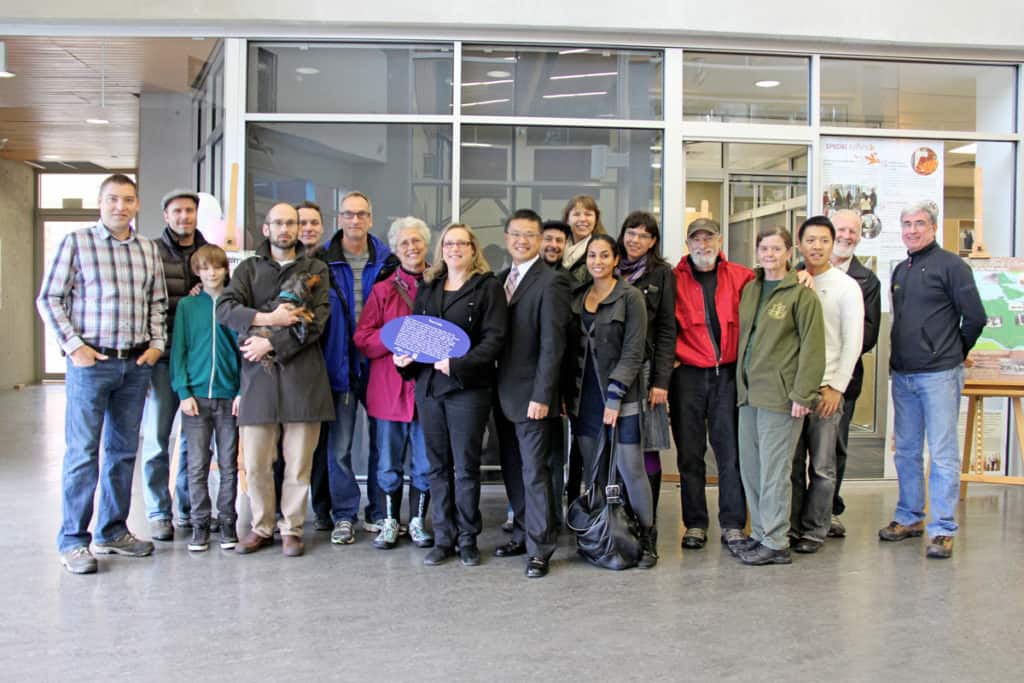 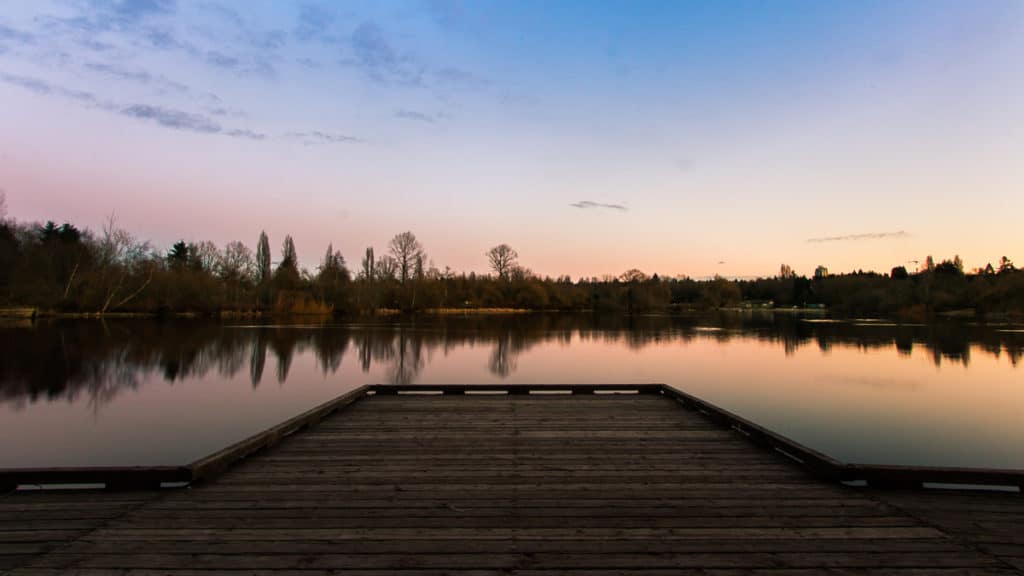 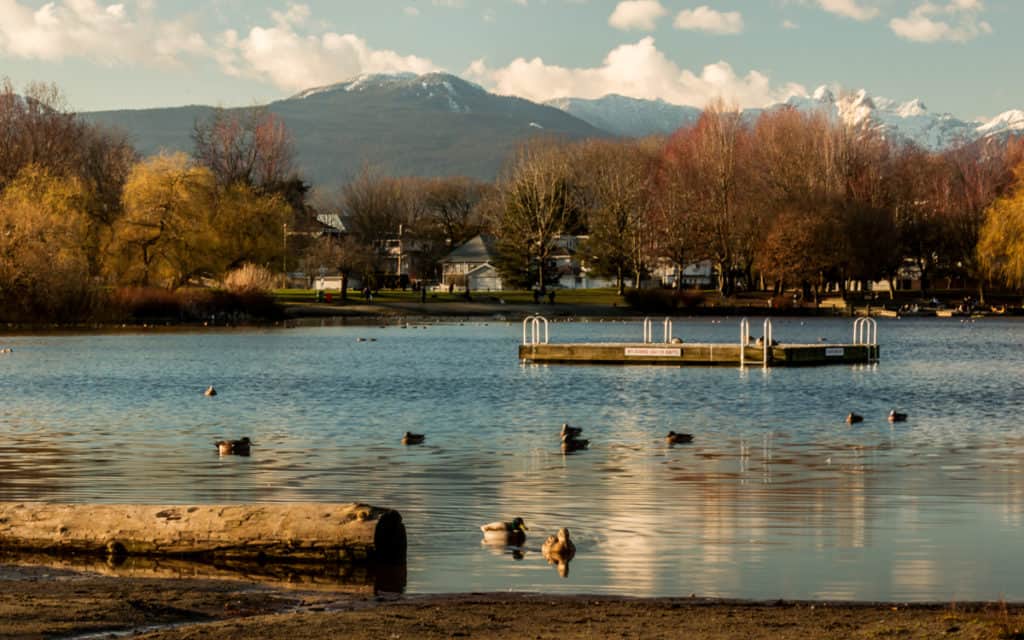 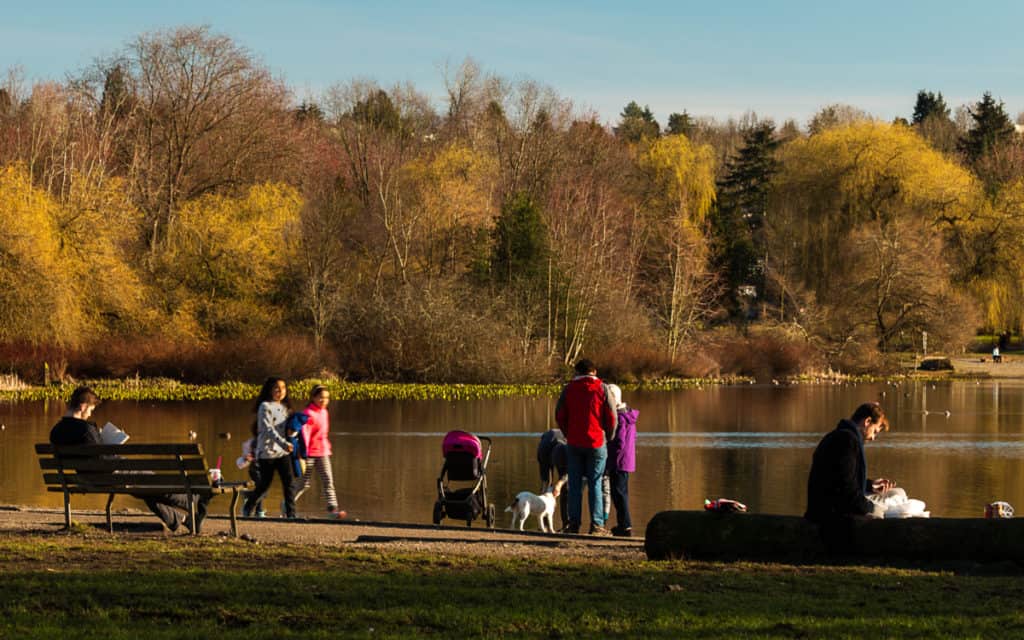 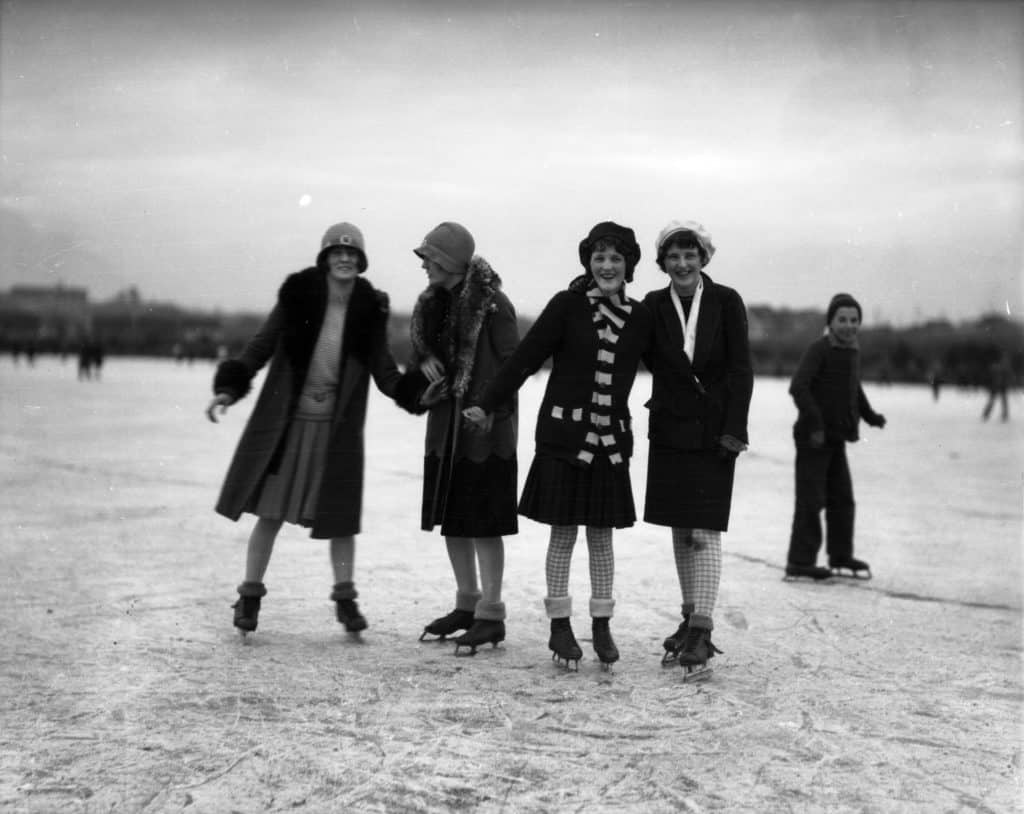 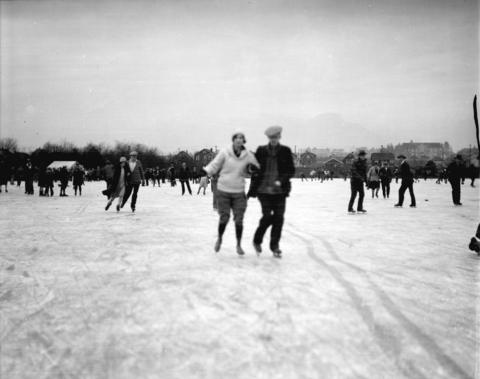 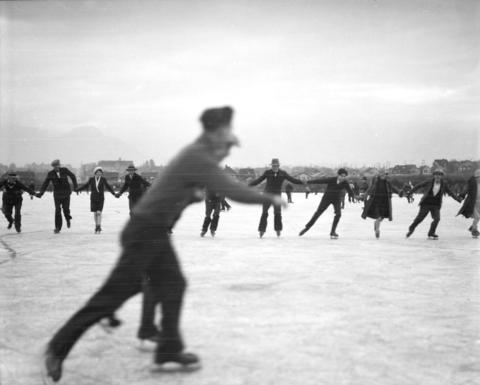 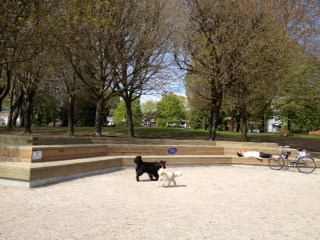 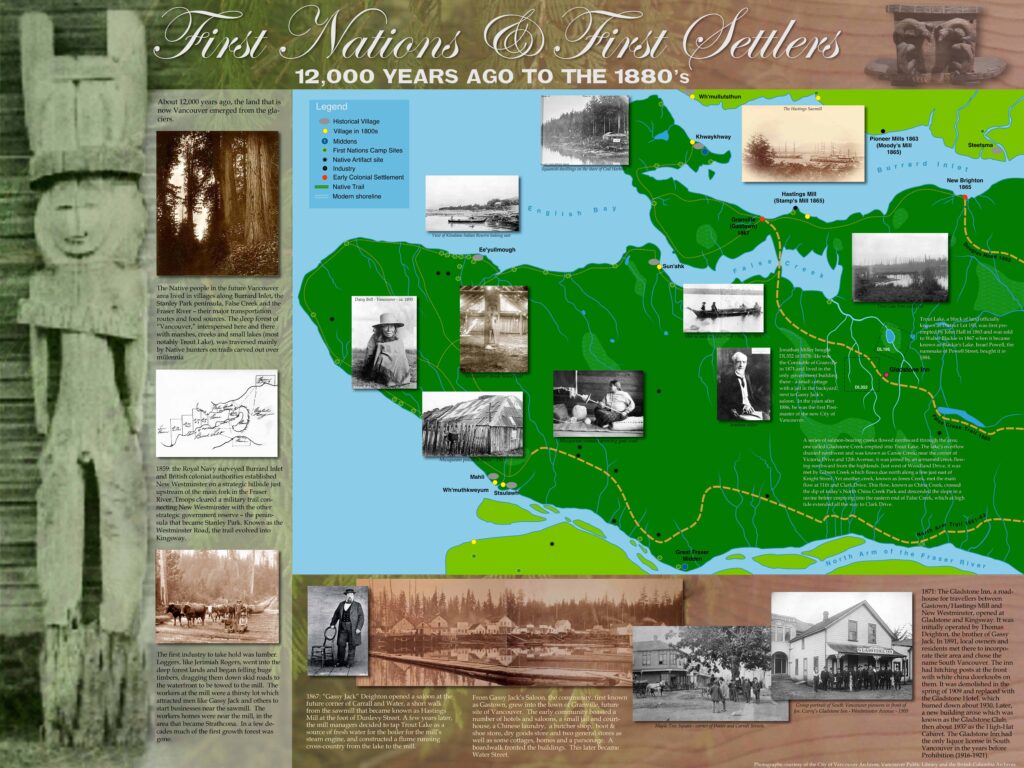 “Trout Lake was where my brothers and sisters and I learned to swim over 60 years ago. The lessons were sponsored by the Vancouver Sun and were free. I was one of 7 children. My mom kept house and dad was a warrant officer in the RCAF. Paying for swimming lessons wasn’t an option and very likely we would never have learned this valuable life skill. As we got older we were allowed to swim out to the raft. One of our favourite things was to swim out to the shower, letting the cold water rain down on us making the lake water feel like a warm bath on the way back to shore. Occasionally when the weather was really hot dad would take us swimming at 6:00 in the morning before he went to work. Of course at that hour the swimming area was covered with green algae which we spent time clearing away. Usually our scalp was green afterwards but we didn’t care. We often walked to the park in bare feet but when the weather was very hot the tar on East 19th Ave melted and got stuck to the bottom of our feet. Mom wasn’t too pleased. It took her quite awhile to get it off. We spent most of summer days in the park.
Mom would sometimes surprise us by bringing a picnic lunch in a (very cool to us) bamboo picnic basket. We lived on East 20th just off Hull St. In the winter, if the weather got cold enough we skated on the lake. If there was skating at night there was a bonfire on the beach so we could warm up. We would bring a thermos of hot chocolate. It was a very exciting time when the indoor ice rink was built so we didn’t have to rely on cold winters to skate. I live in Coquitlam now and today on June 25, 2020 in the midst of Covid-19 pandemic I am taking my granddaughters to see where I grew up and share some of my favourite childhood memories living only a block away from John Hendry Park. To be able to go swimming everyday, no transportation or money required was a dream come true for me.”

plaque is on the northside bench structure facing the lake