The Vancouver Aboriginal Friendship Centre Society’s (VAFCS) history starts in 1950, when former students and teachers from the Coqualeetza Residential School (in Sardis, just south of Chilliwack), came together in Vancouver to form an alumni association, called the Coqualeetza Fellowship Club.  422 Richards St (now commercial and office space) was the association’s first address, a building rented in 1952 which provided short-term accommodation, a recreation centre and resources for education, employment, housing and orientation to the city. The association also had field workers who would seek out indigenous people in need of help in downtown Vancouver.  By 1956, membership was no longer restricted to Coqualeetza Residential School alumni and during these years membership and services offered expanded.

In 1963, Coqualeetza Fellowship Club transitioned into being the first Friendship Centre in Vancouver, called the Vancouver Indian Centre Society.  At this time, it was obligated to register as a society and create a constitution, as well as advocate for funding from the government. It was not until the death of dozens of indigenous women from overdoses in the early 1960s, that the City agreed to provide yearly funding to the Friendship Centre

On December 1st 1963, the Vancouver Indian Centre Society opened its doors at 1200 West Broadway,under the leadership of Marjorie Cantryn-White, Gertie Guerin and Alfred Scow.  Despite the City’s contribution, early years of the Friendship Centre were plagued by difficulties acquiring the necessary funding.

In 1966, the Friendship Centre moved to a larger space at 1655 W Broadway for four years. In 1970 it moved to an even larger space at 1855 Vine St. Originally the Kitsilano Presbyterian Church, it was built in 1910 by architect H.B.Watson and builder John Watson. Known as the St. Stephens United Church following the amalgamation of protestant churches in the 1920s, it had a further existence as a Mormon Church (Church of the Latter Day Saints) in the 1960s. It was converted to a five-unit strata in the 1980s.  Both buildings at 1200 and 1655 West Broadway have since been demolished.

By 1979, a study had concluded that the majority of Vancouver’s indigenous population was living between Cambie and Nanaimo Streets, and the centre was moved to better serve the community.

On May 29th 1981, a new centre was opened at 1607 E Hastings Street with a ceremony officiated by Chief Simon Baker of Squamish Nation.  It was the largest centre of its kind at the time.

When the first Friendship Centre opened, the focus was on practical services, but today the importance of maintaining cultural connection and practices is also key to the Friendship Centre’s mission to combat the loneliness and isolation that can be part of indigenous people moving to urban centres. To learn more, visit the VAFCS website.

Starting in the 1950s, many Aboriginal Friendship Centres were opening across Canada, when an increasing number of indigenous people were moving to urban centres from reserves and rural regions.  The National Association of Friendship Centres (NAFC) formed in 1972 to represent the many centres and associations across Canada, today numbering 125, and started providing funding to centres that year.  It is the largest network of off-reserve services for indigenous people in Canada.  In 1996, the administrative responsibility of Canada’s Friendship Centres was transferred to NAFC. Besides Friendship Centres, NAFC has other initiatives such as New Journeys, an online platform for sharing stories of the Canadian indigenous experience, and the Urban Aboriginal Knowledge Network, which does research on urban aboriginal communities and experiences to enable better services and quality of life.

VHF and the VAFCS will be celebrating the history of VAFCS at its current location in the future with a plaque presentation. TBA. 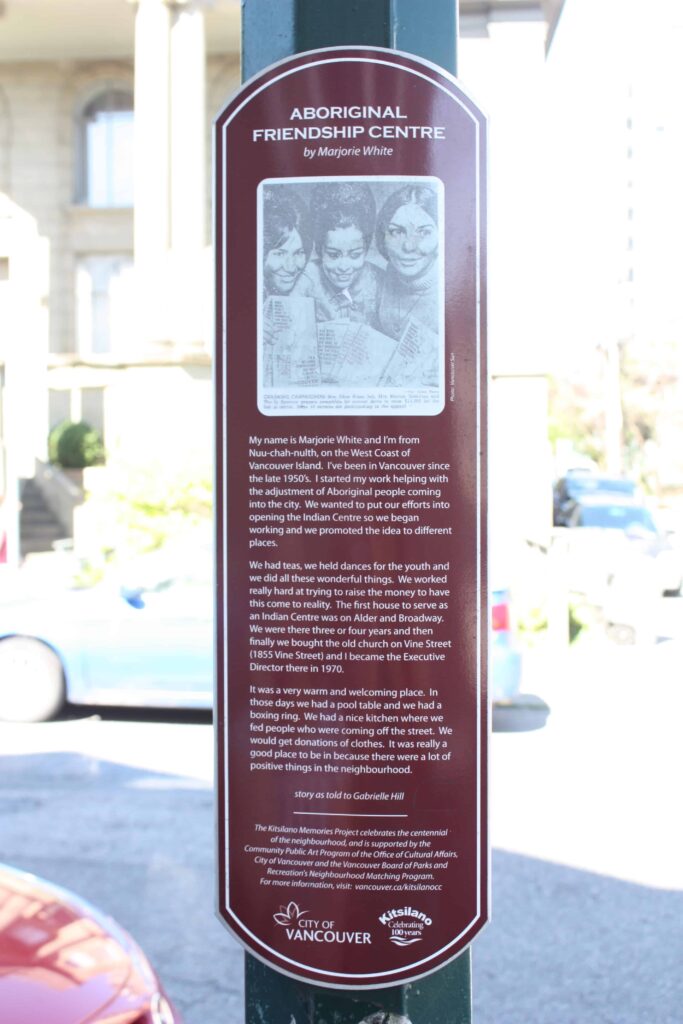 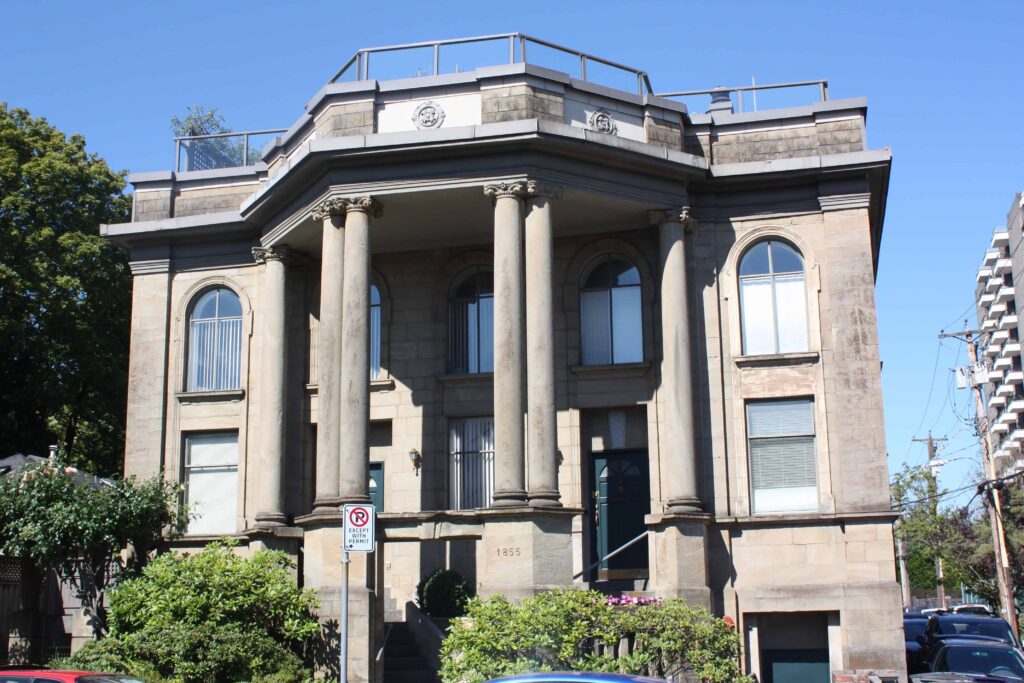 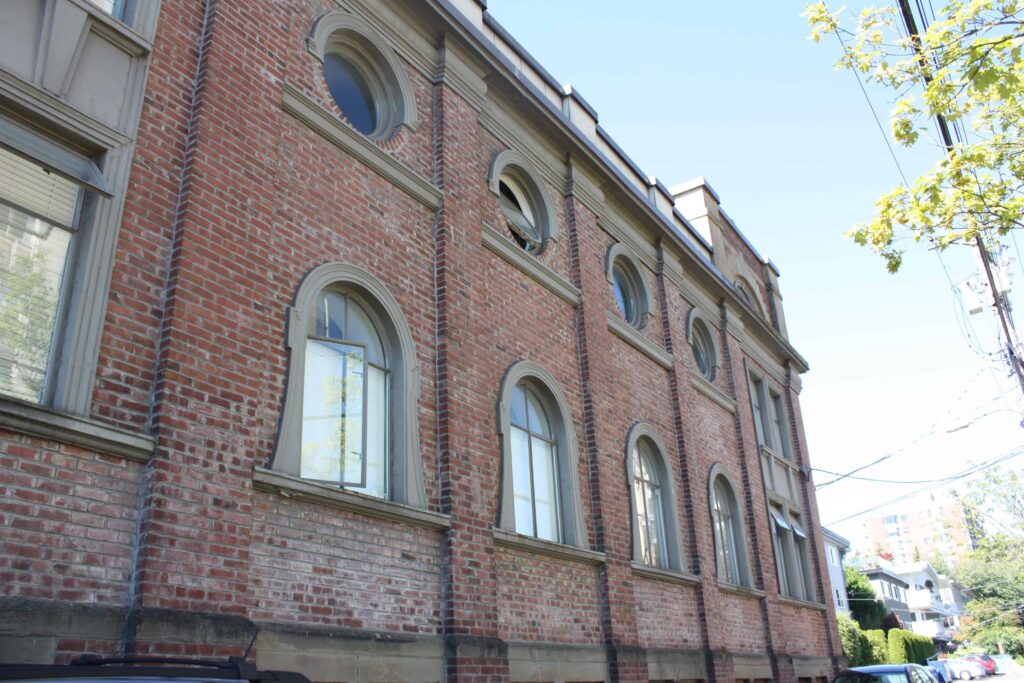 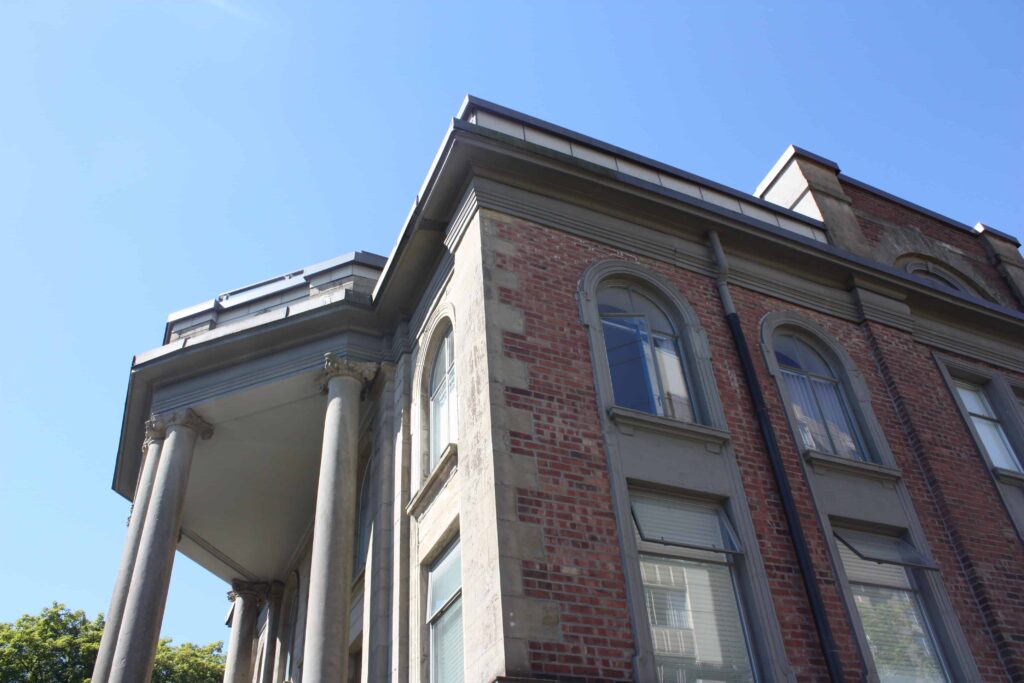 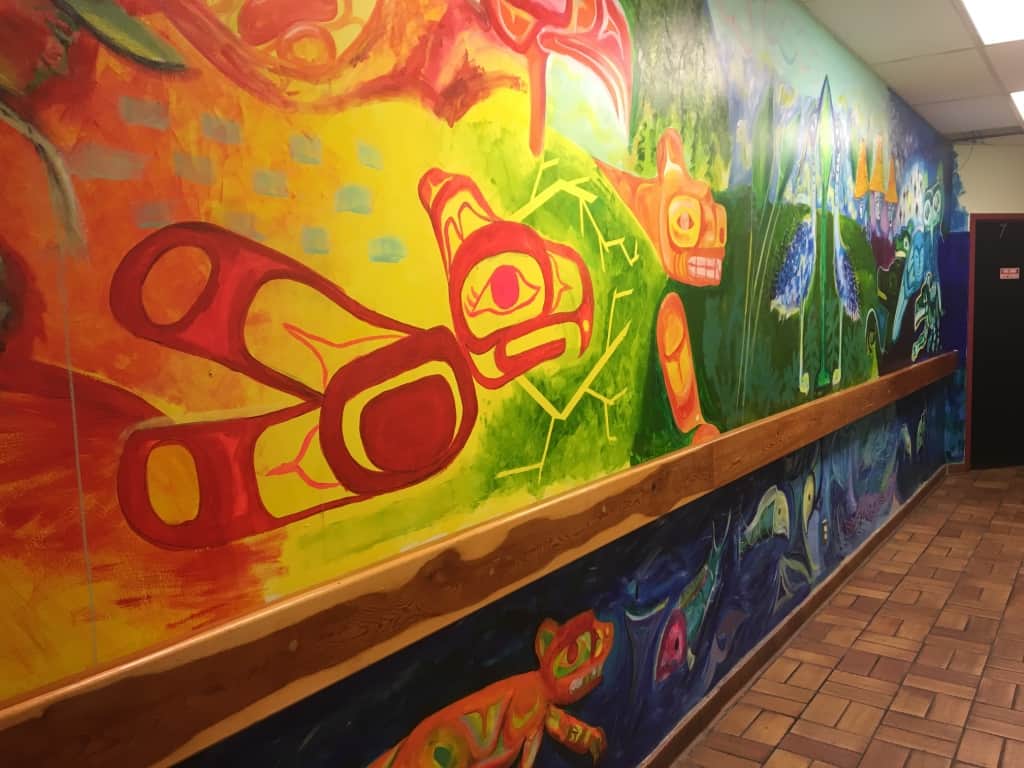 Mural at the Friendship Centre on E. Hastings St VHF, 2018. 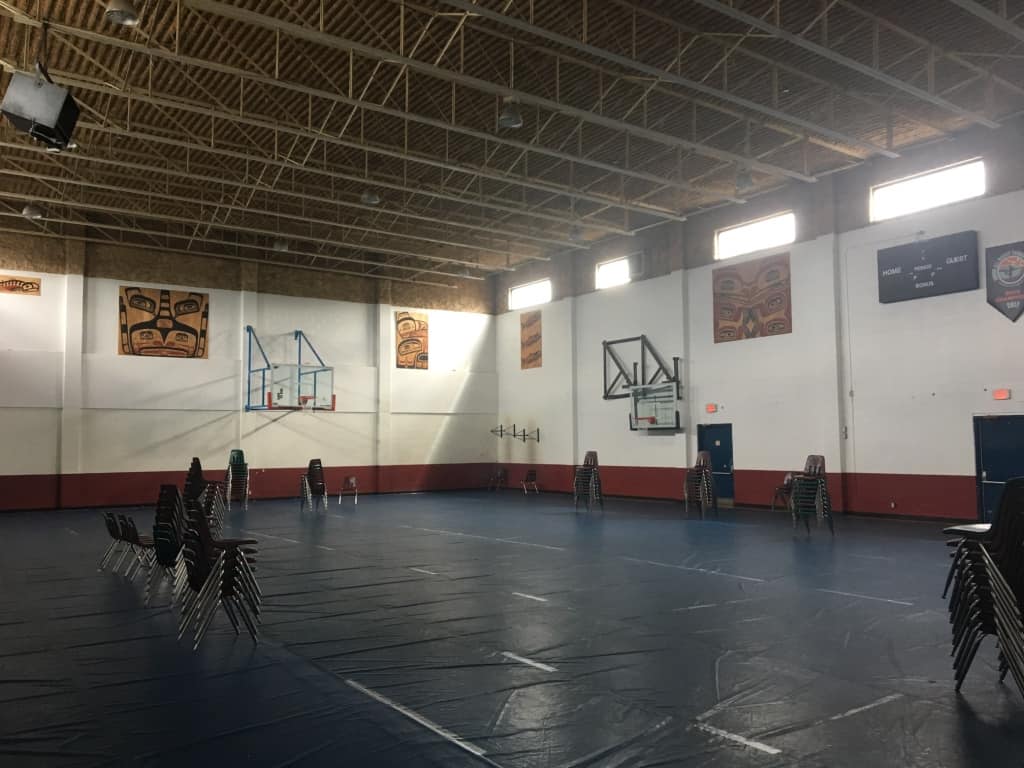 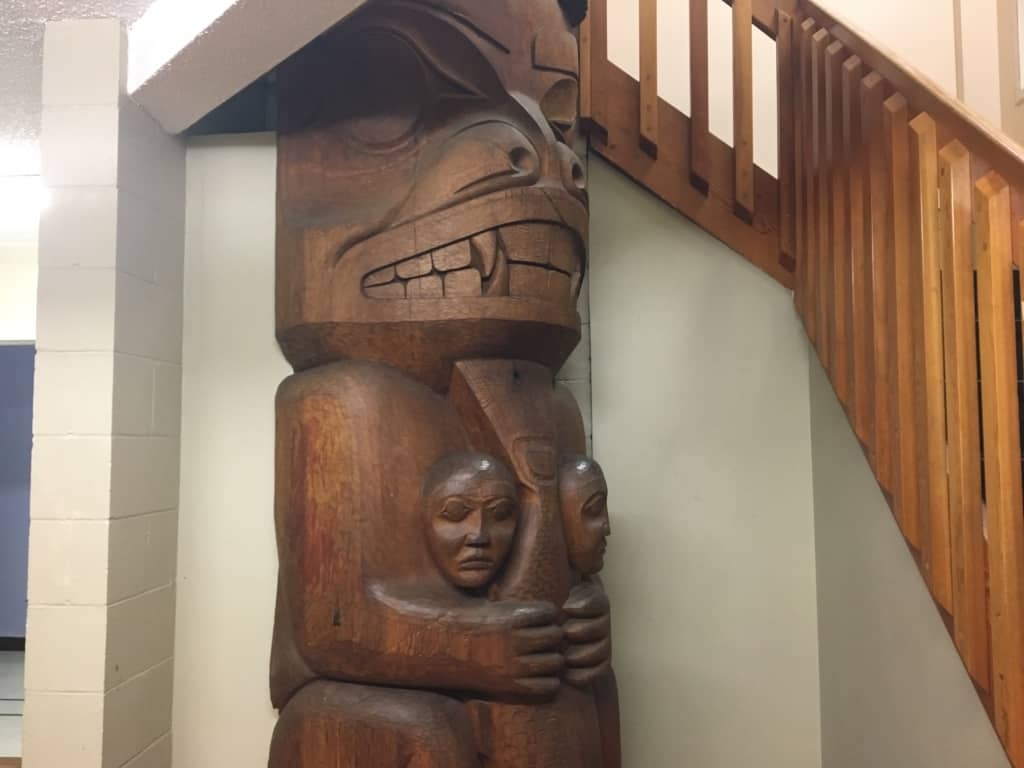 One of the many art pieces at the current VAFCS.

Mural at the Friendship Centre on E. Hastings St VHF, 2018.

One of the many art pieces at the current VAFCS.