The Naam, founded in 1968 as a vegetarian food store and cafe, is the least altered connection with Kitsilano's hippie community of the psychedelic and "back to the land" era in the 1960s and '70s. The Naam is the only remaining original natural foods business from the 1960's in Kitsilano.

The Kitsilano area has been home to indigenous people for over 10,000 years, and was an important fishing and hunting site for Coast Salish people. The village of Sen̓áḵw (Squamish) or səaʔqʷ (Musqueam) was located on the east side of Kitsilano point. In 1869 the Coast Salish people living here were restricted to a small reservation surrounding the village, and by 1901 the British Columbia government was actively working to dispel the community. Many displaced residents moved to Squamish or to the Capilano Reserve. Deeded the land in 1885, the Canadian Pacific Railway made the decision to develop it for residences, and in 1905, they named the area after the Squamish Chief Khahtsahlano, modified to Kitsilano.

Called Sḵw’áyus (Squamish) and sʷəyəs (Musqueam), Kits Beach was once known as Greer Beach, after Sam Greer, the first settler to make it home in 1884 and it was a popular spot for camping and swimming.

In 1904 the CPR began selling land for residential development in Kitsilano and when a streetcar service to Kitsilano Beach began in 1905 along a trestle bridge built by the CPR, development boomed. In 1909, a streetcar service along 4th Avenue to Alma was up and running and building development followed heading west. Since the beginning of Kitsilano’s development, it was home to a diverse population living in single-family homes, apartments, and tenements. Much of Vancouver’s Sikh community lived in the eastern part of Kitsilano in the early 1900s.

Built in the 1920s, 2722 W 4th Avenue originally had three addresses: 2722 and 2724 were the two storefronts, and 2726 was the two apartments above. Once a very common type of shop in the city, and now occupied by the Naam, the building has horizontal board siding, an indented centred doorway, two upstairs apartments and a wooden cornice.

Albert H. Brereton’s dry goods shop was the first tenant at 2722, followed in the 1930s by a bakery. A later, long-term occupant was G. Soon’s Sincere Cleaners, a laundromat, in the 1950s, followed by Love Café until 1968, when the Naam opened. On the 2724 side, Rainbow Beauty Salon operated from the 1930s into the late 1950s, followed by the Pakistan-India Trading Importers.

In the 1950’s the city changed the zoning of much of Kitsilano for apartments and many larger houses were becoming rooming houses. By the 1960s, the affordability of Kitsilano and proximity to the beach was attractive to students and the blossoming Vancouver hippie community.

When The Naam restaurant opened as a collective in 1968 at 2722 W 4th Ave, the hippie culture and activism of Kitsilano was in full-swing, and 4th Avenue was known as Rainbow Road. It was one of the first vegetarian and natural foods businesses in the city, and for the first number of years it was part natural foods store, part restaurant. A community hub, like-minded people with a variety of religious, philosophical and political beliefs came together over meals at The Naam. It became a popular place of meeting for those involved in the counterculture movement, anti-war activists and advocates of environmental protection, including Greenpeace.

Since The Naam has occupied the building, there have been few modifications done to the site. In 1981, Peter Keith and Bob Woodsworth bought the business and opened up the wall separating the restaurant and store, turning it into one open space, and in the 90s, they bought the narrow empty lot west of the building, turning it into the restaurant’s patio space. The upper floor, once two dwellings, is now used as one rented apartment and as an office for the restaurant. The exterior still retains its original colours and rustic wooden structure, and the original entrance to the apartments can be found tucked away on the north-west corner of the building. The interior remains simple with eclectic decor and original flooring.

The restaurant continues to be a popular neighbourhood spot and destination for vegetarians and vegans across the city, and is open 24/7. In the evening, there are often live music performances and the restaurant regularly displays work for sale by local artists. Since the beginning, the Naam has served natural, healthy meals using fresh and local ingredients and they now sell a line of their bottled sauces at stores across Canada. It is only remaining original natural foods business from the 1960’s in Kitsilano.

While Kitsilano has changed, some pockets have stayed true to Kitsilano’s roots as the hippie centre of Vancouver in the 60s and 70s. Natural foods stores, restaurants, yoga studios, and unique boutiques are found lining the streets of 4th Avenue today. Kitsilano continues to house a wide range of Vancouver residents, with large single-family homes, some of the most expensive in the city, as well as more affordable rental apartments. As the area develops and changes, The Naam has been a constant for 50 years, and its values of natural and conscious eating and living have lasted the decades, making it a symbol of the Kitsilano neighbourhood.

Nearby Places that Matter: 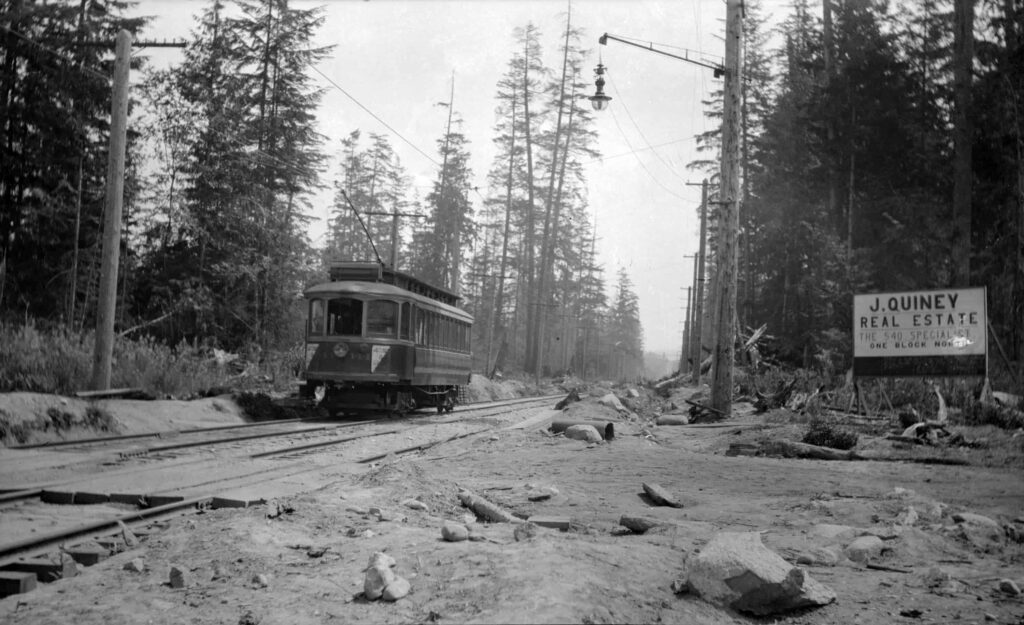 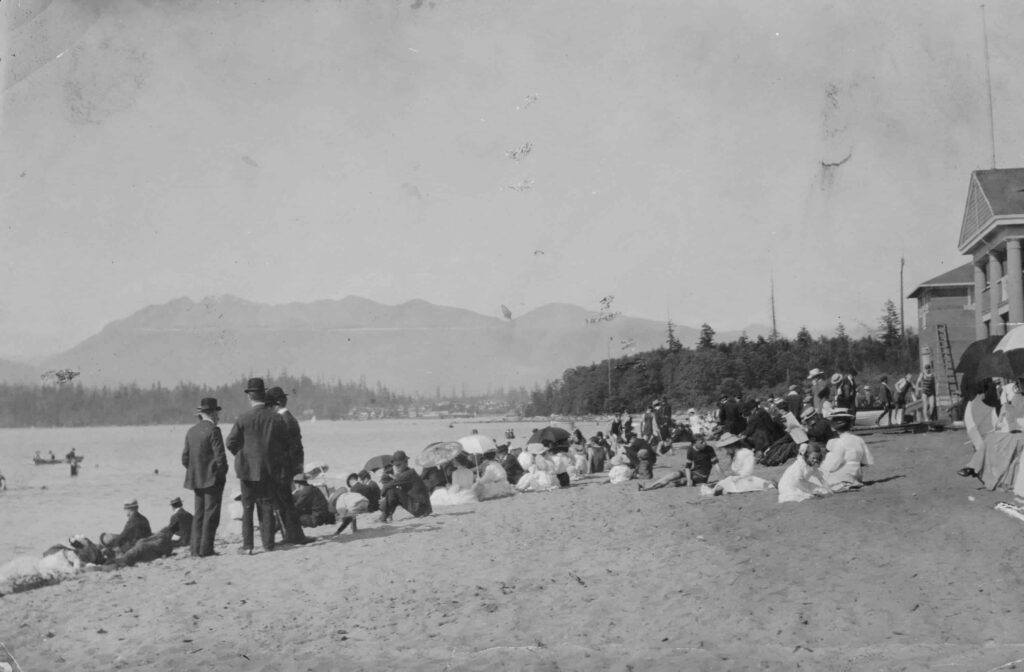 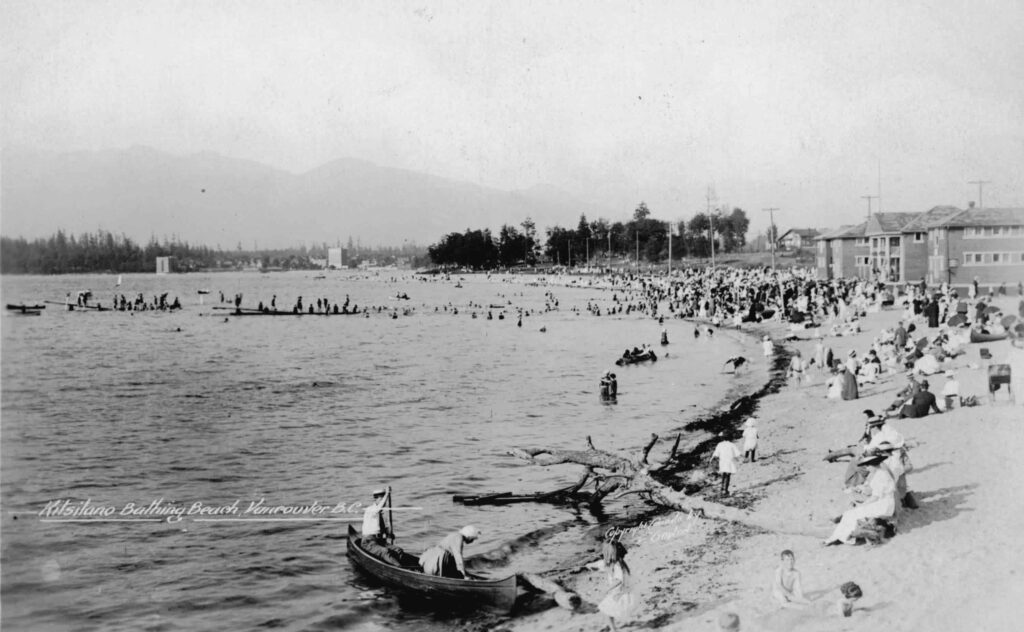 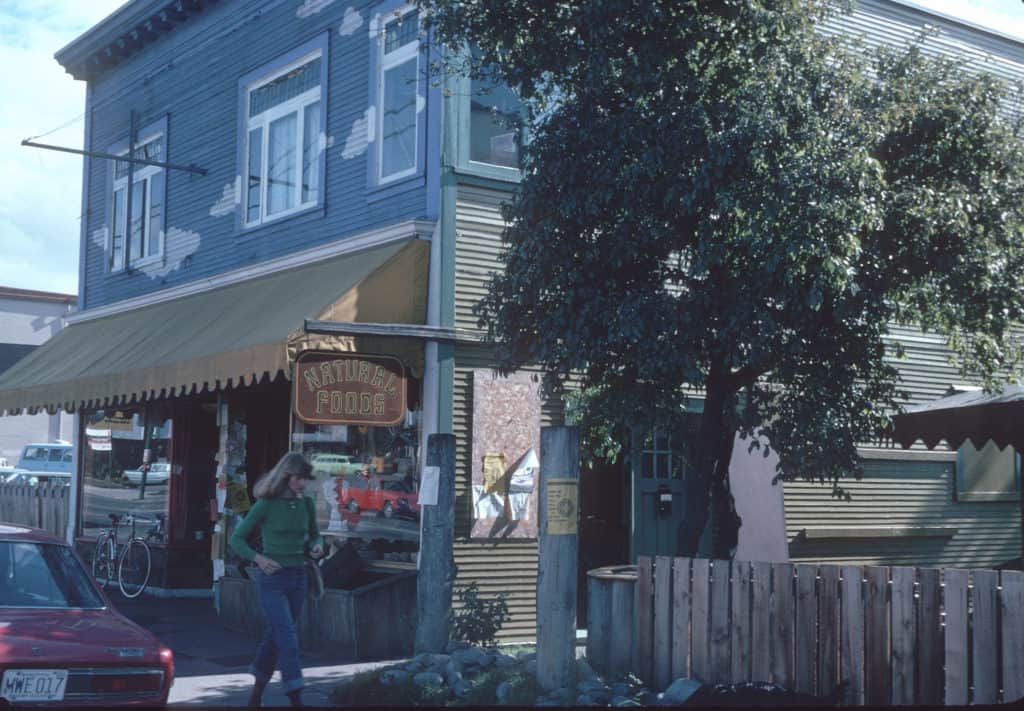 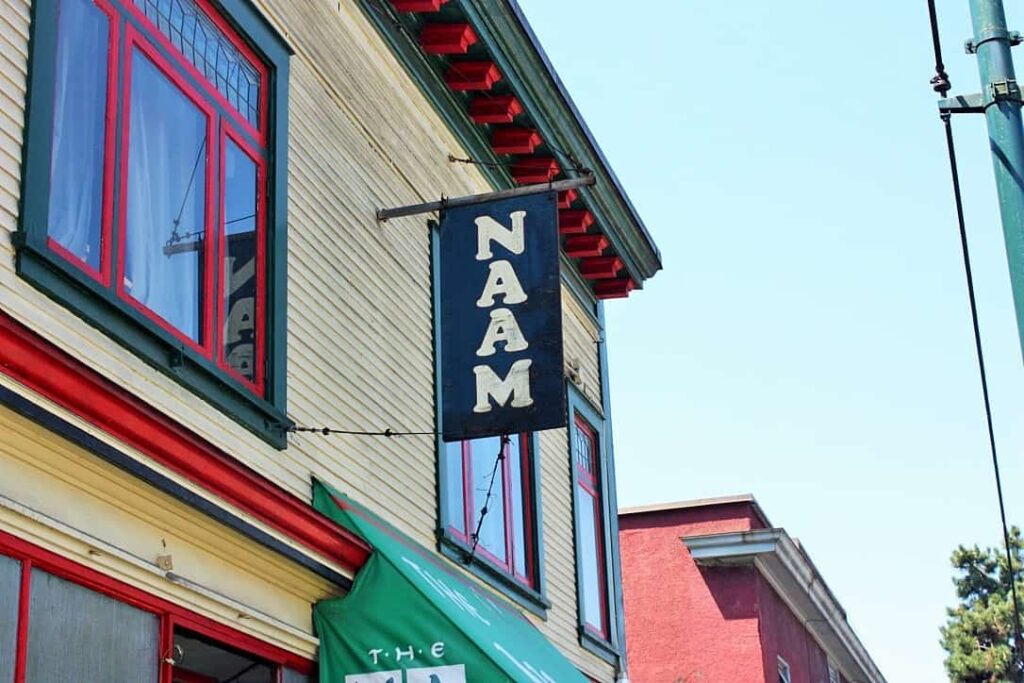 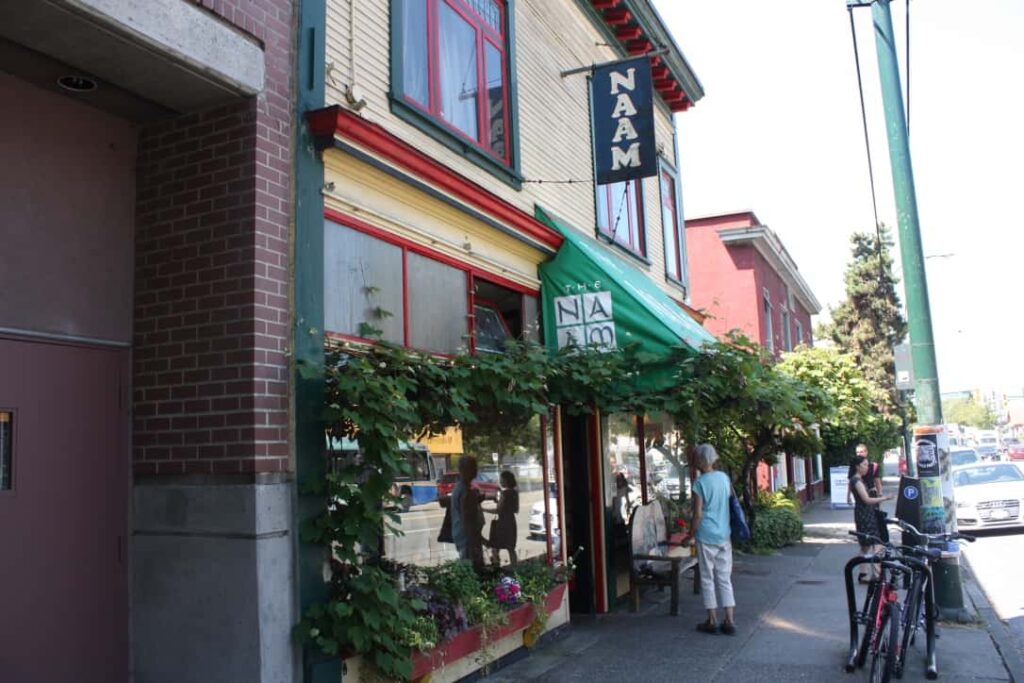 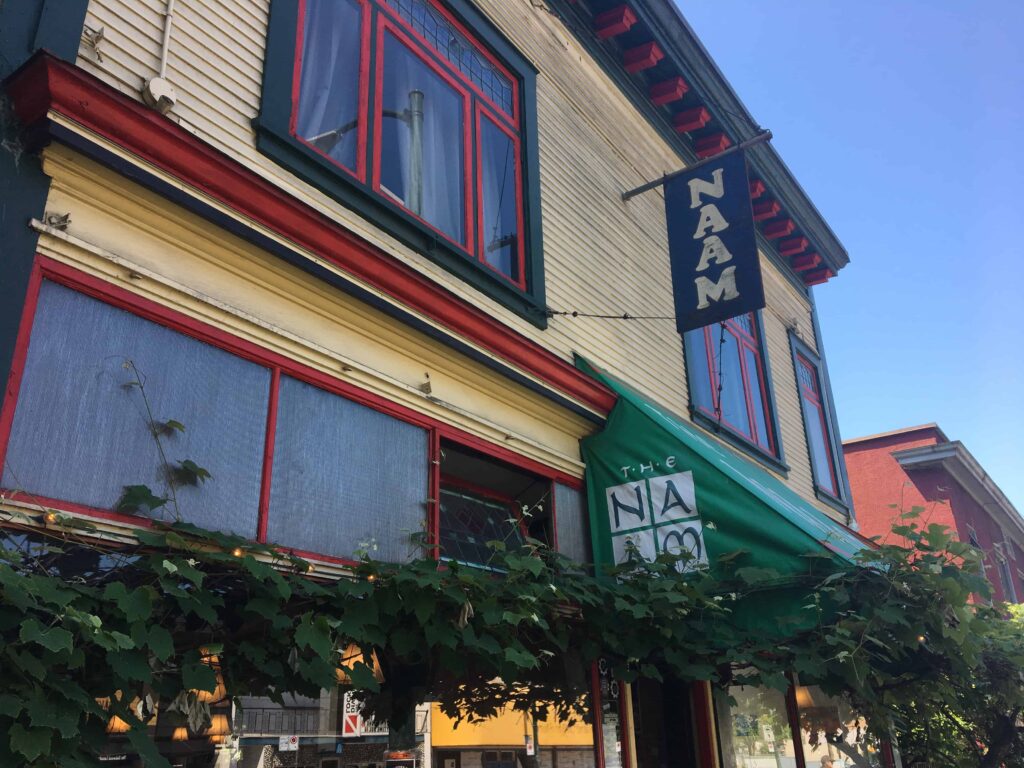 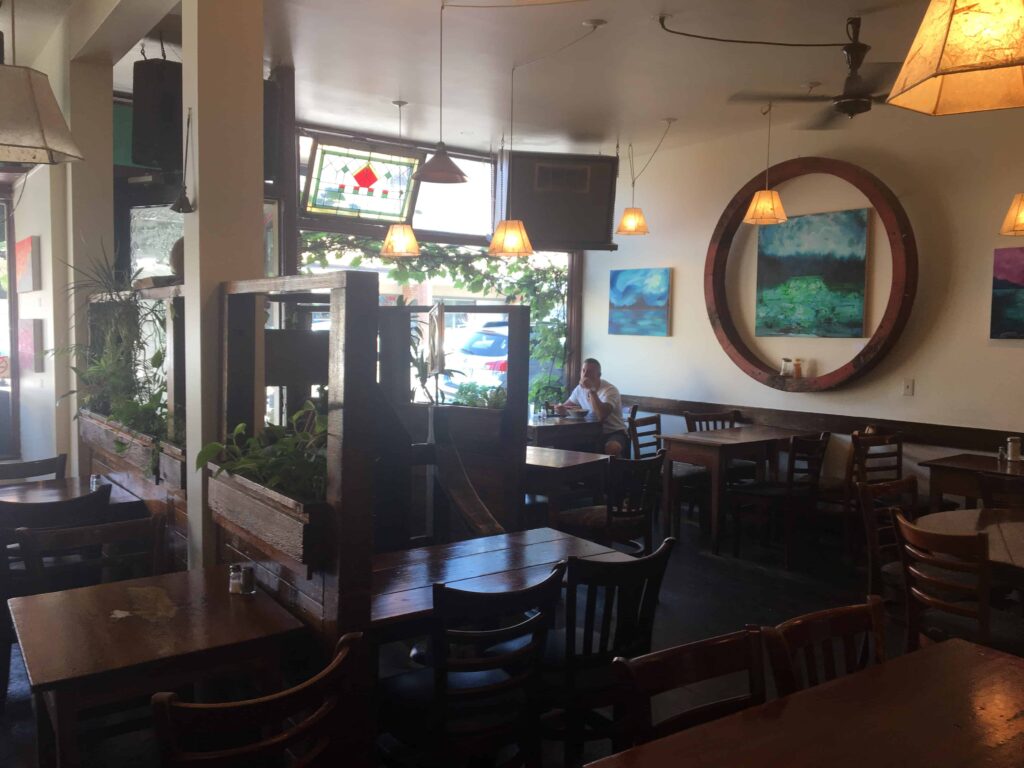 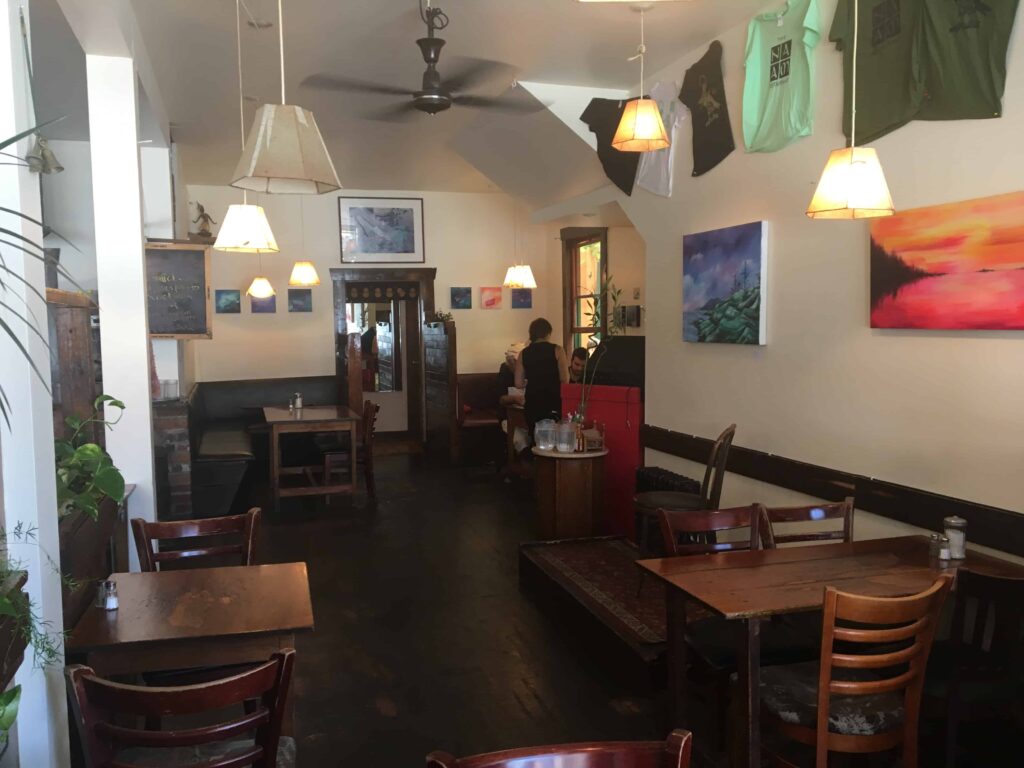 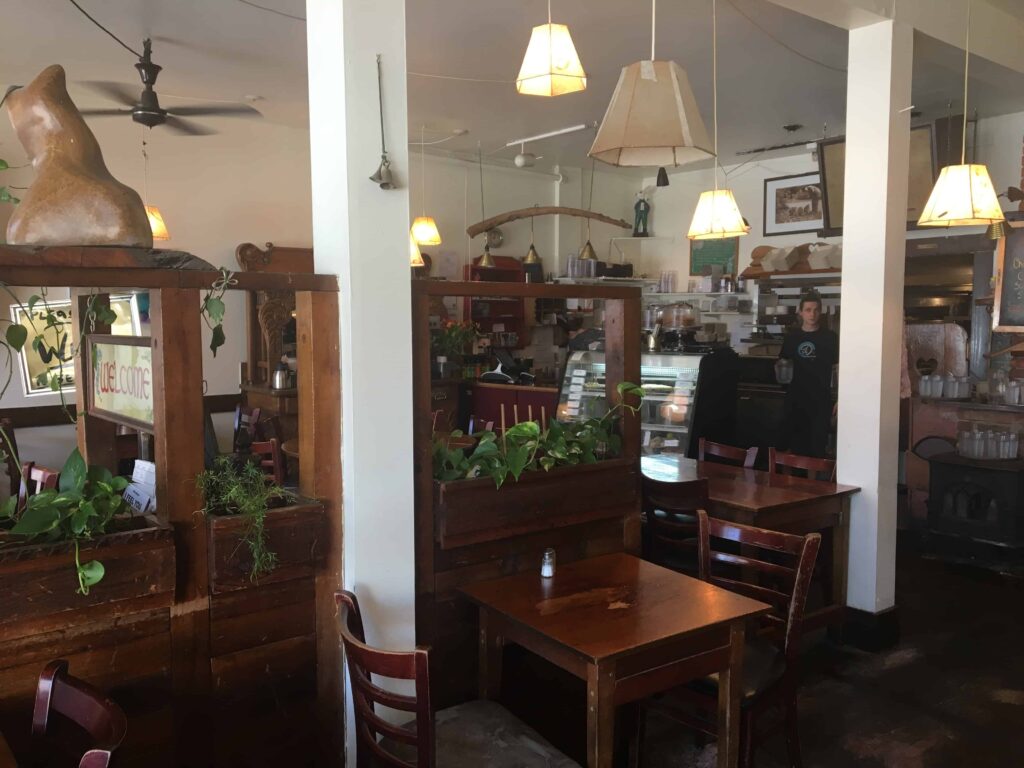 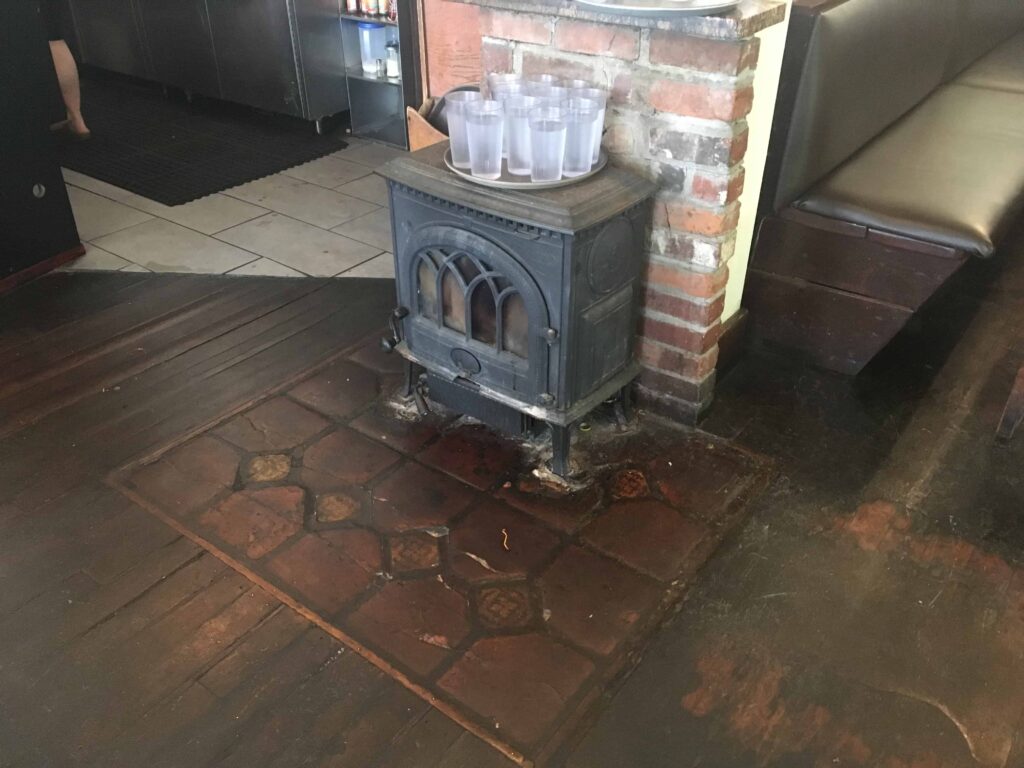 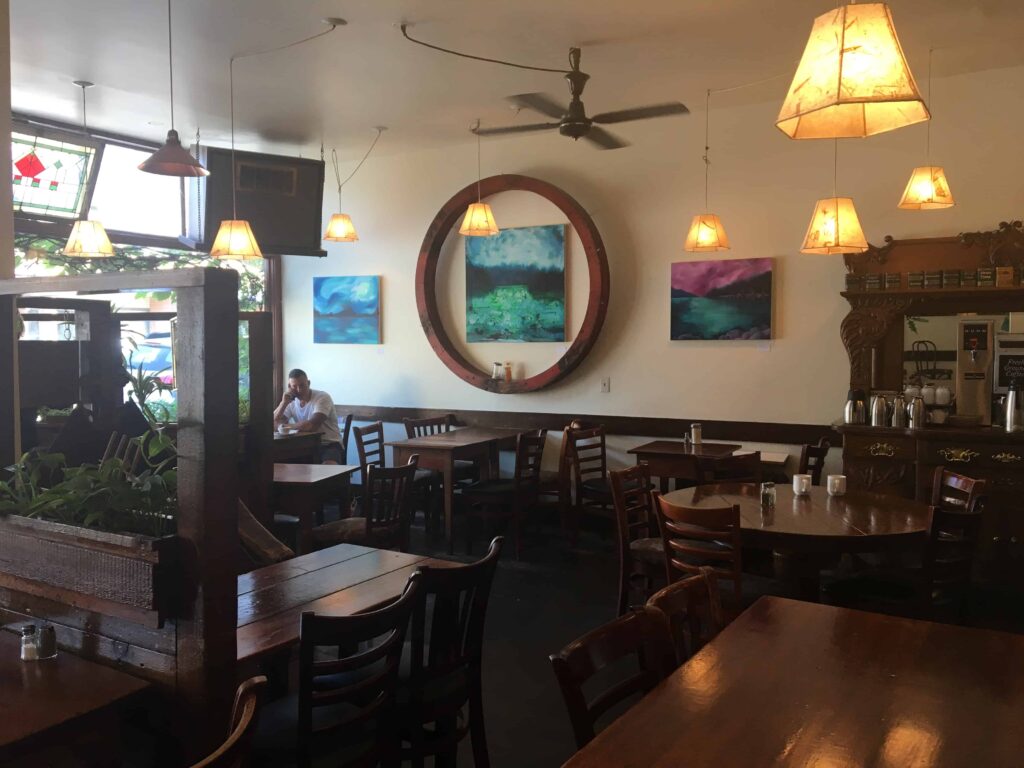 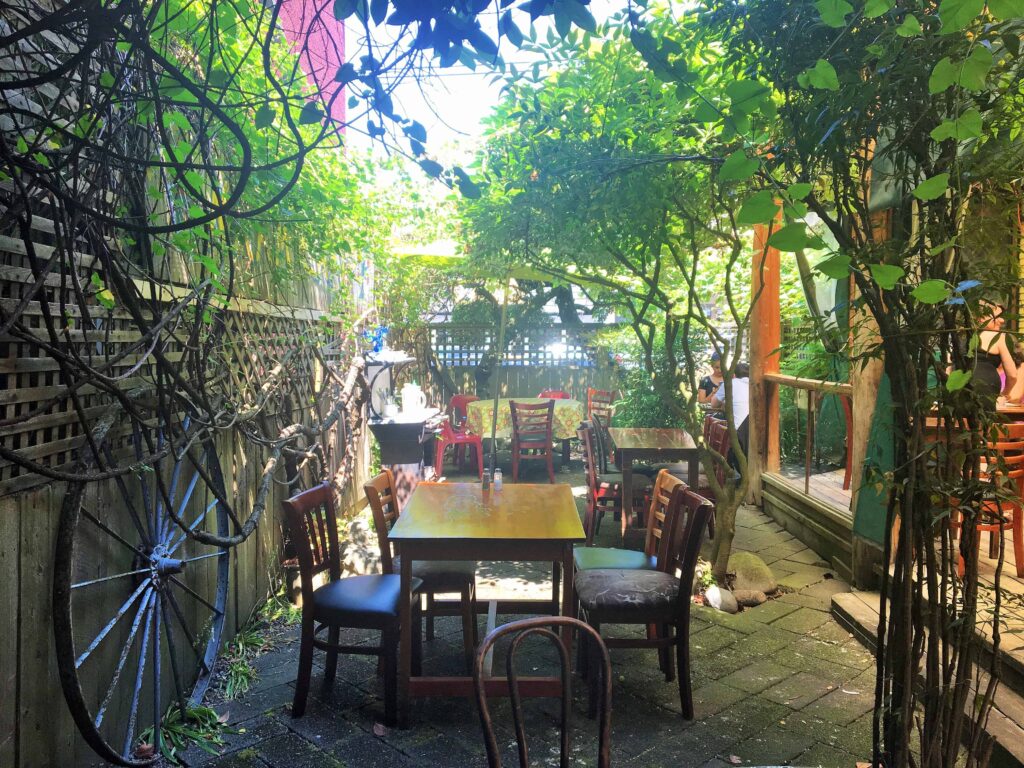 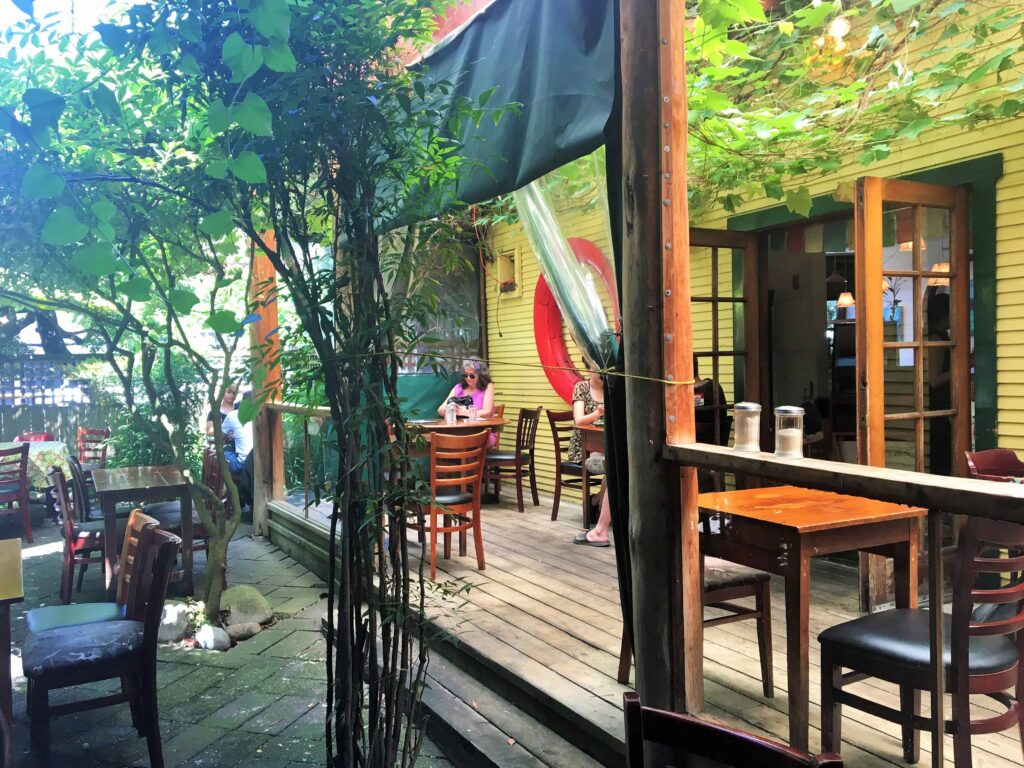 "In 1958 I lived two blocks away from what is now the Naam Restaurant. I use to have an East Indian friend I met at General Gordon School (now demolished for a newer school). My friend and his family lived in the second-floor suite above the then-vacant storefront which became the Naam in 1968. I spent a lot of time visiting upstairs so I knew what it looked like inside.

On 4th avenue, in 1958 I recall as a kid seeing the sign Orrs Stores, the owner who apparently had bought up two blocks of commercial buildings likely dating back to the early 1900s The Naam I believe was owned by Orr. I recall meeting Mr. Orr in one of his stores. He looked to be 75- 80 years old and was still minding one of the corner grocery stores. He let me sample a new potato chip, which had just come out...it had ripples."