"When the city wanted to widen Broadway, instead of tearing down the Lee Building… on the first floor of the building, they removed the front part of the building, leaving the pillars holding it. So, they put a sidewalk in where the building used to be." Sharon

Merchant Herbert Lee erected Mount Pleasant’s tallest building in 1911 on the site of his former grocery store, soon after 9th Avenue became Broadway and Westminster Avenue became Main Street. The Lee family lived on its top floor until they lost ownership of it during the Great Depression. Like the Quebec Manor apartments at 7th and Quebec, the Lee Building demonstrates the optimism of Mount Pleasant’s developers a century ago.

Sponsored by: Proud Owners of the Lee Building

Mount Pleasant’s Boosters
Nothing better expresses the optimism of Mount Pleasant’s boosters than the Lee Building at the northwest corner of Broadway and Main. Built in 1911 on the site of a church, the 7-storey brick-and-stone-faced building dominated the newly renamed corner and was for many years the largest commercial building outside the downtown core. In the midst of a prolonged real-estate boom, 9th Avenue became Broadway in 1909 and Westminster Avenue became Main Street in 1910. The other spoke in the wheel, Westminster Road, became Kingsway in 1913.

Herbert Lee and the Lee Building
The original owner of the Lee building, Herbert O. Lee, was a pioneer businessman in Vancouver who originally came from Ontario. Lee was an active social member who led several lacrosse clubs and was executive at the Liberal Association. In the middle of economic boom in Mount Pleasant in 1911, he built the Lee building, a seven-storey business office and apartment complex designed by Architects Stoud and Keith. The building remained the largest building in Mount Pleasant for many years. However the Lee family lost the ownership to the Royal Bank in 1938 during great depression.

From a 1937 newspaper article: “In the death of Mr. Lee, Vancouver loses one of its pioneer businessmen and city builders. He came to Vancouver in 1888 from London, Ontario … In 1903 he bought a store and grocery business at 2425 Main Street, and by 1911 he succeeded in building the seven-storey business office and apartment block situated at the northwest corner of Main and Broadway, and known ever since as the Lee Building.”

The building’s unique arcaded facade along the Broadway was not part of the original design. Pushed back shops, the arcade, and the sidewalk were a compromise solution when Broadway widened in 1953. Despite the exterior modification, the building’s interior features remain largely the same: Elevators, copper walls and ceilings, antique chandelier inside the elevator. In additional marbled floors and walls along the hallway further contribute uniqueness to the architecture.

Mount Pleasant: The City’s First Suburb
Mount Pleasant was named by its main property owner, Henry Valentine Edmonds, and was already well-established as the city’s first suburb by the time streetcar service arrived in 1891 on the Fairview Belt Line that crossed the Granville Bridge. Some of the city’s oldest buildings still dot the neighbourhood: the 1888 Lindsay Residence at 144 East 6th is probably the oldest house outside of downtown, as the 1892 J.W. Clark building at 2313 Main is the oldest commercial building. Not far away, houses on the 100-block of West 10th, restored by the Davis family in the 1970s and 1980s, include some of Mount Pleasant’s early buildings. Relics of breweries and bottling plants follow the line of Brewery Creek along Scotia Street, well-marked by plaques and cairns. A later addition, now the Western Front Artists Cooperative, began the transition of Mount Pleasant from working-class to artsy urban mecca. 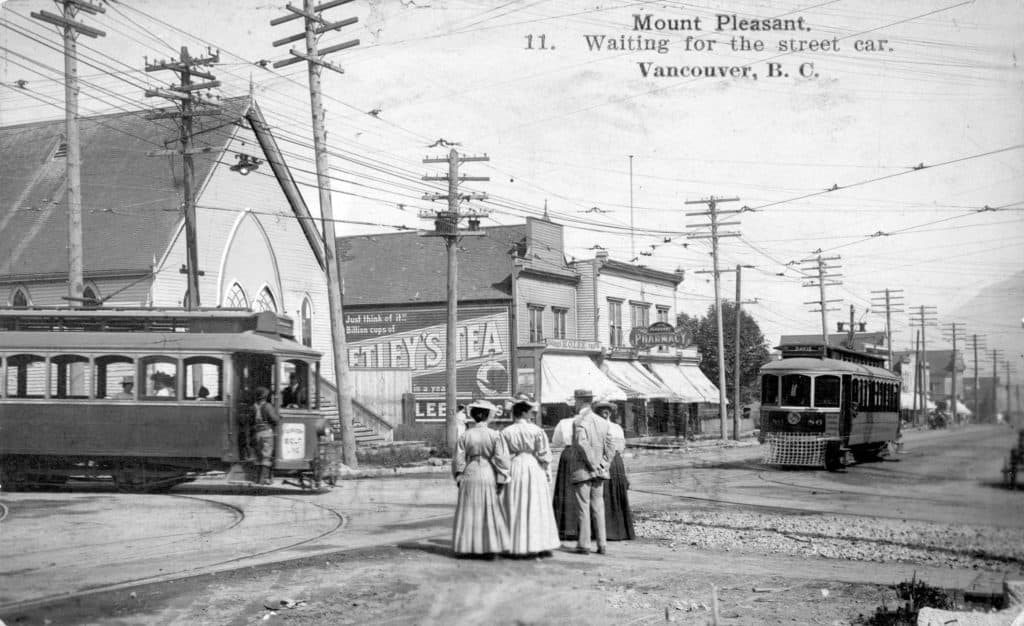 Mount Pleasant waiting for the street car. Lee grocery store in the background (you can see "LEE" on the side). The Lee Building was built on the church site. 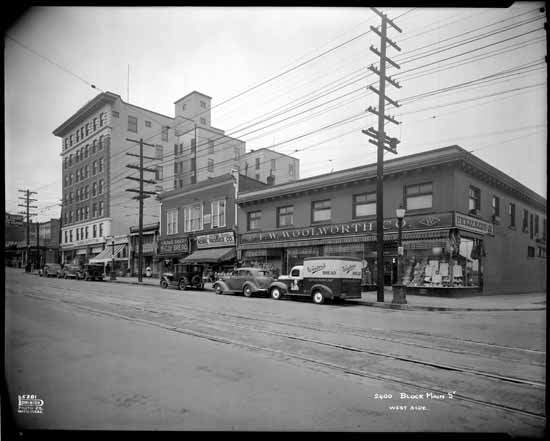 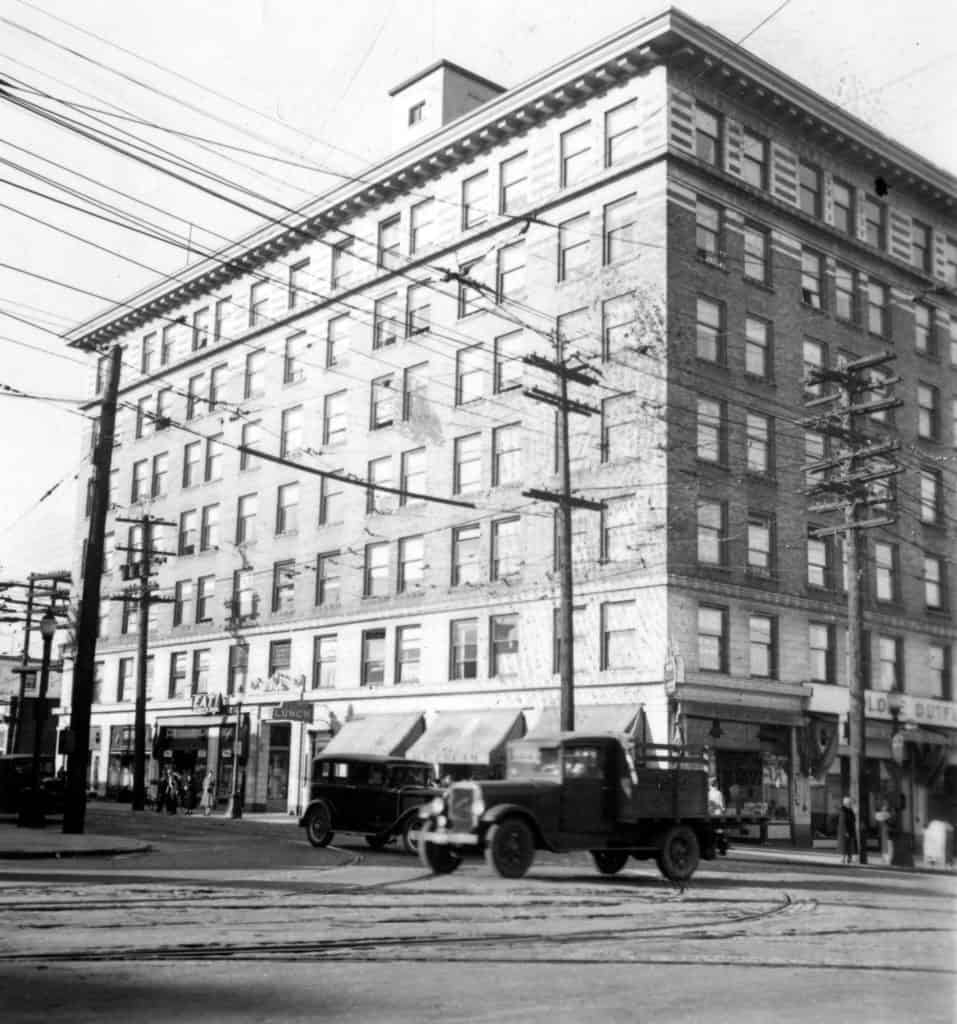 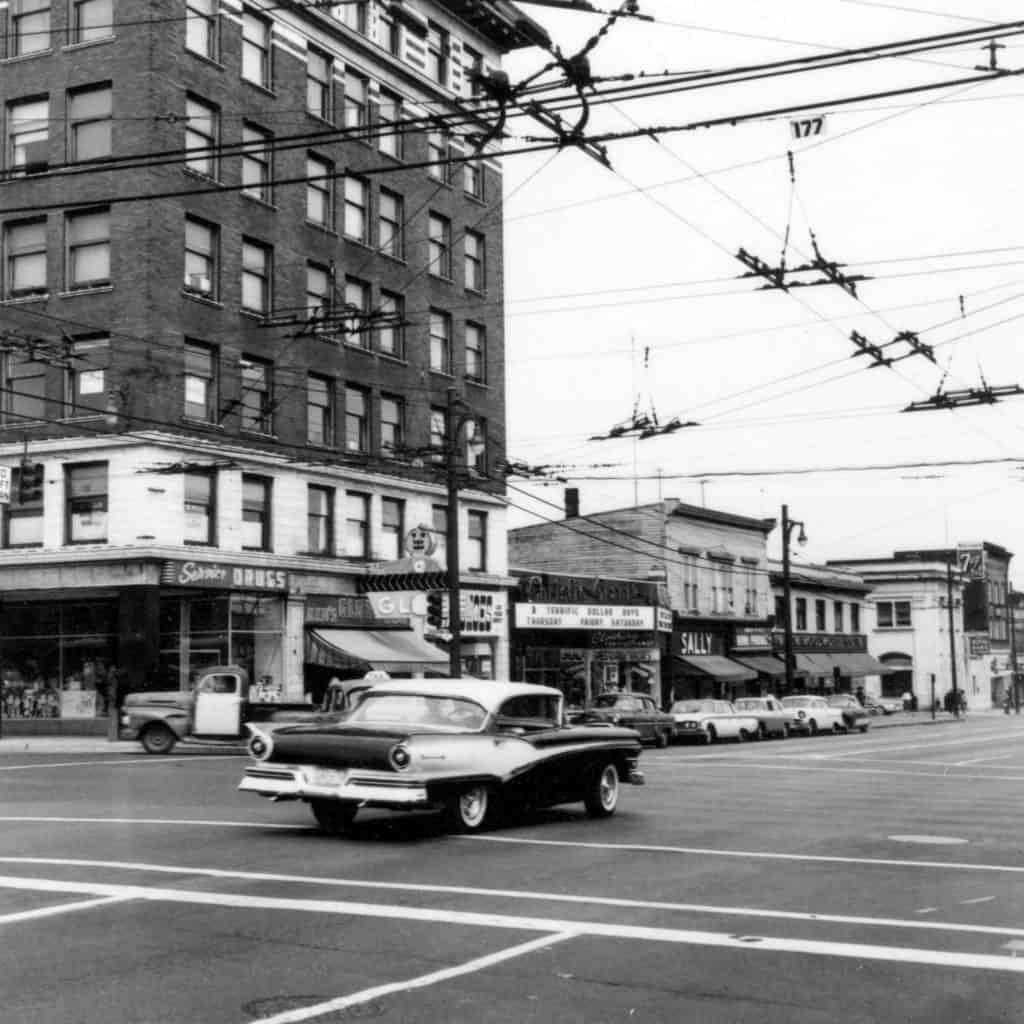 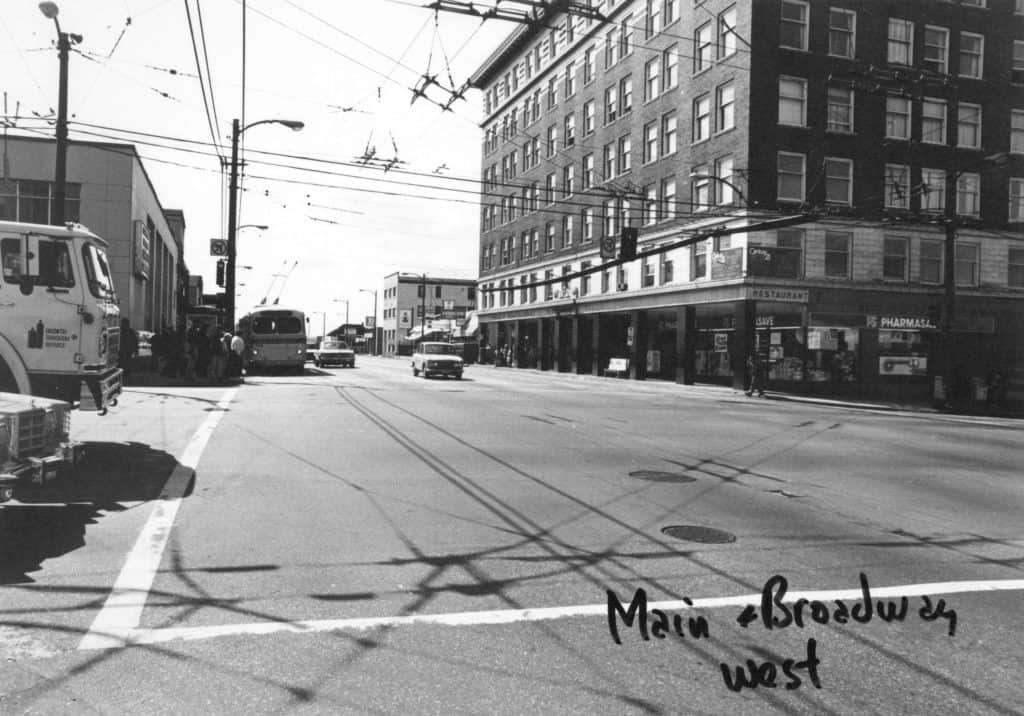 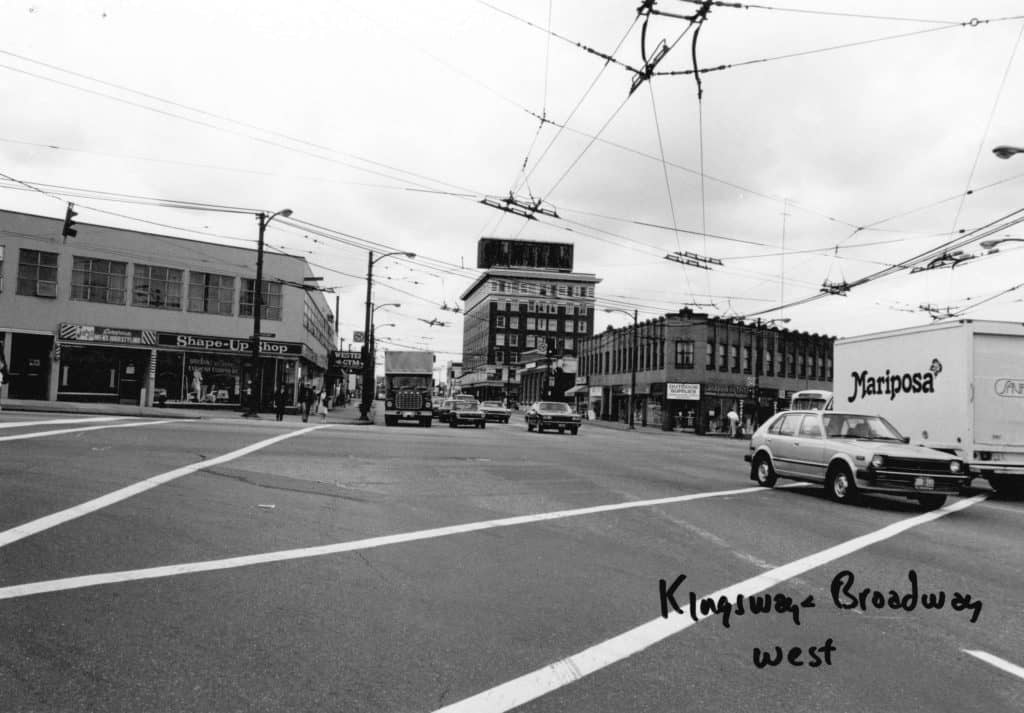 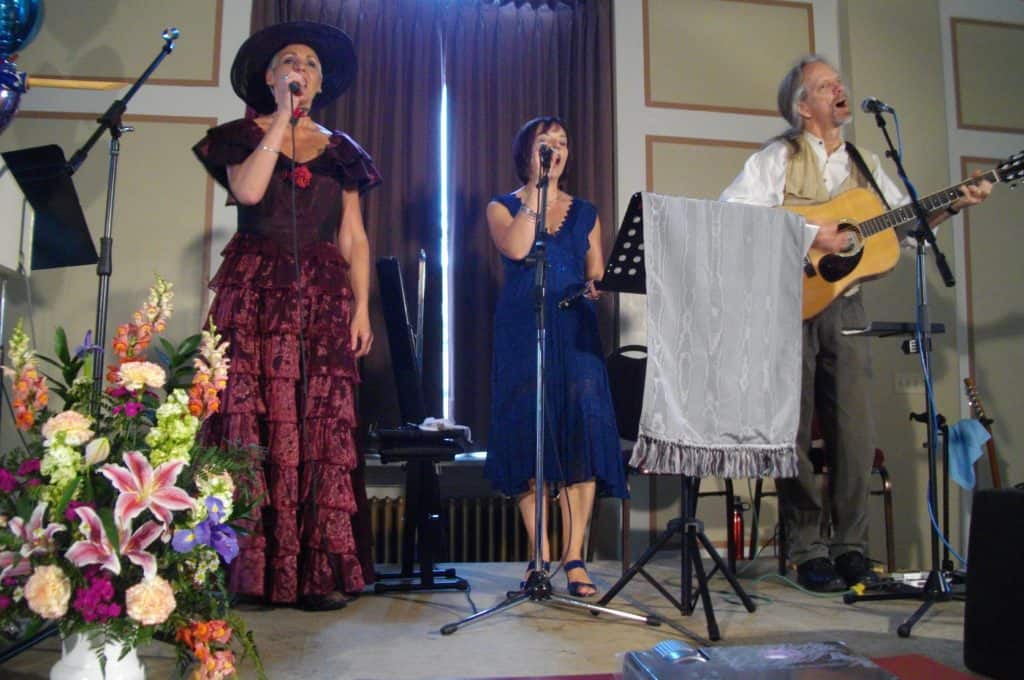 100 year celebration of the Lee Building 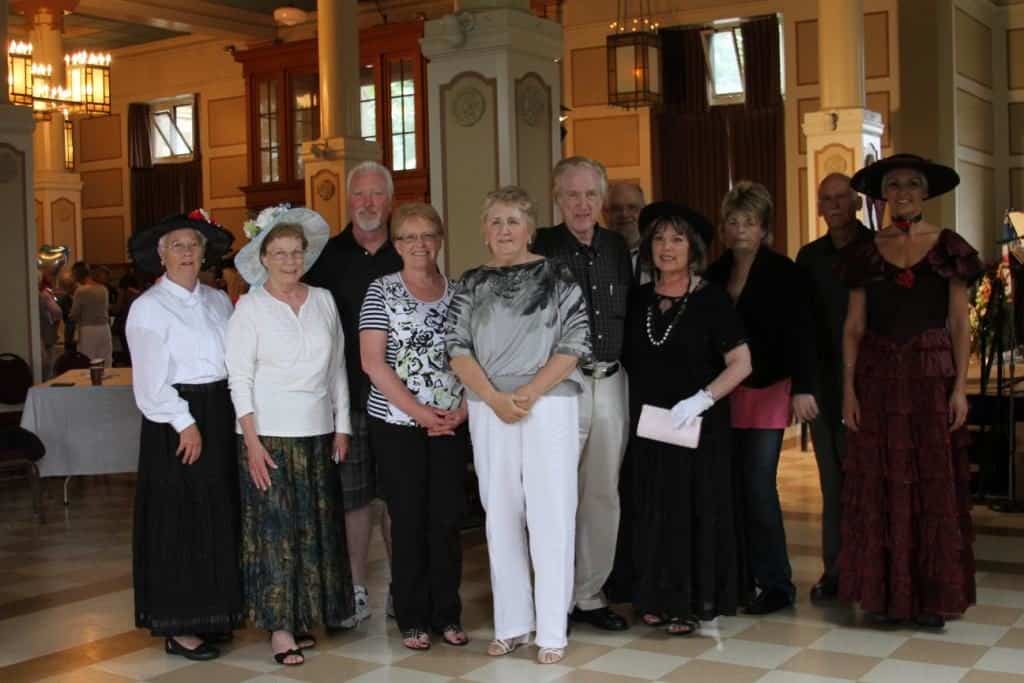 The Lee family at the 100 year celebration of the Lee Building. 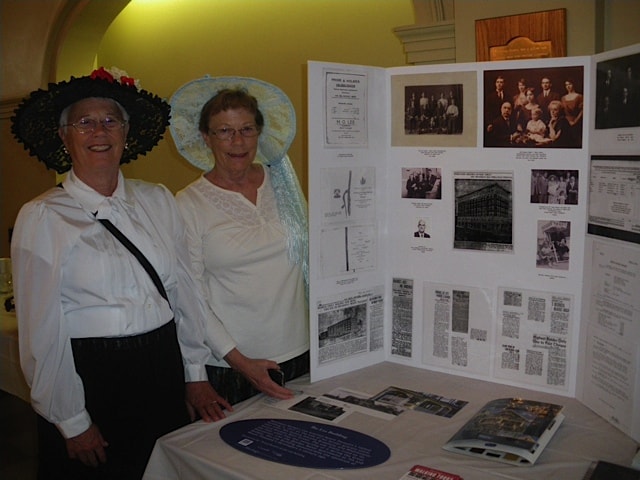 100 year celebration of the Lee Building. 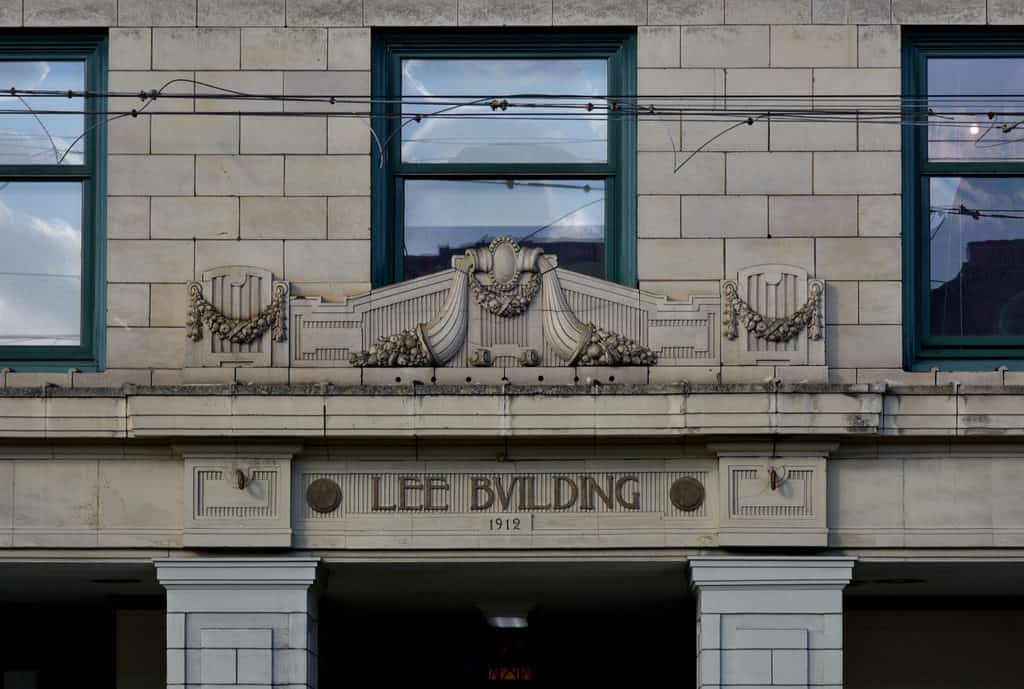 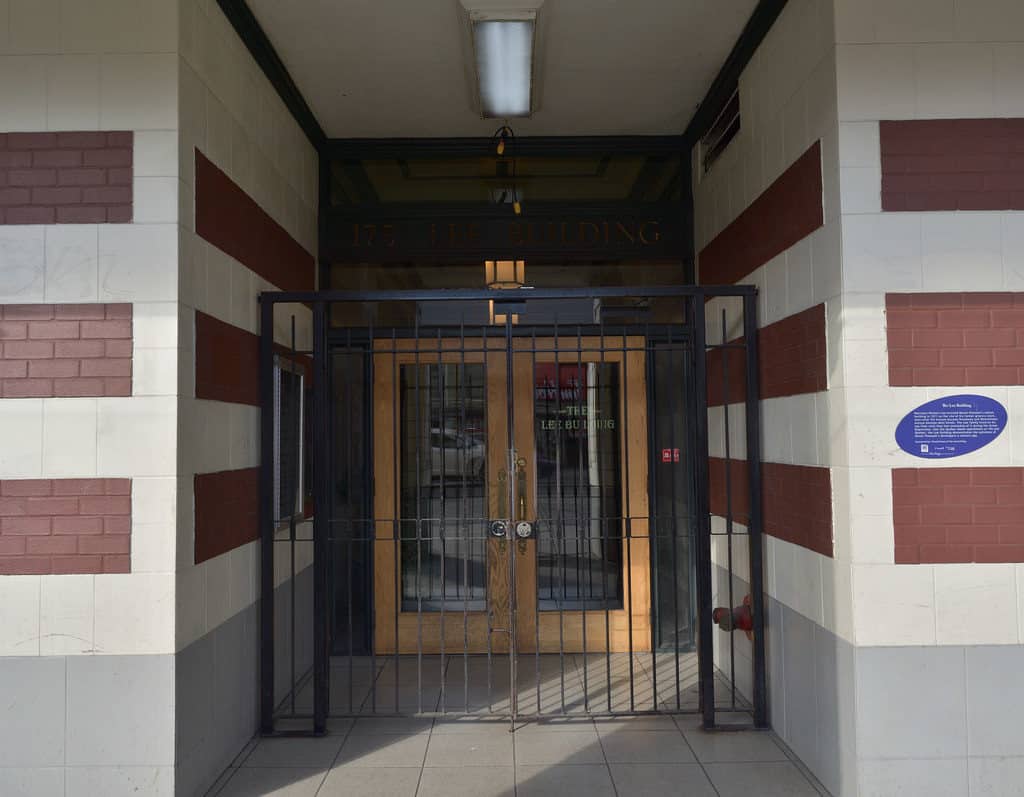 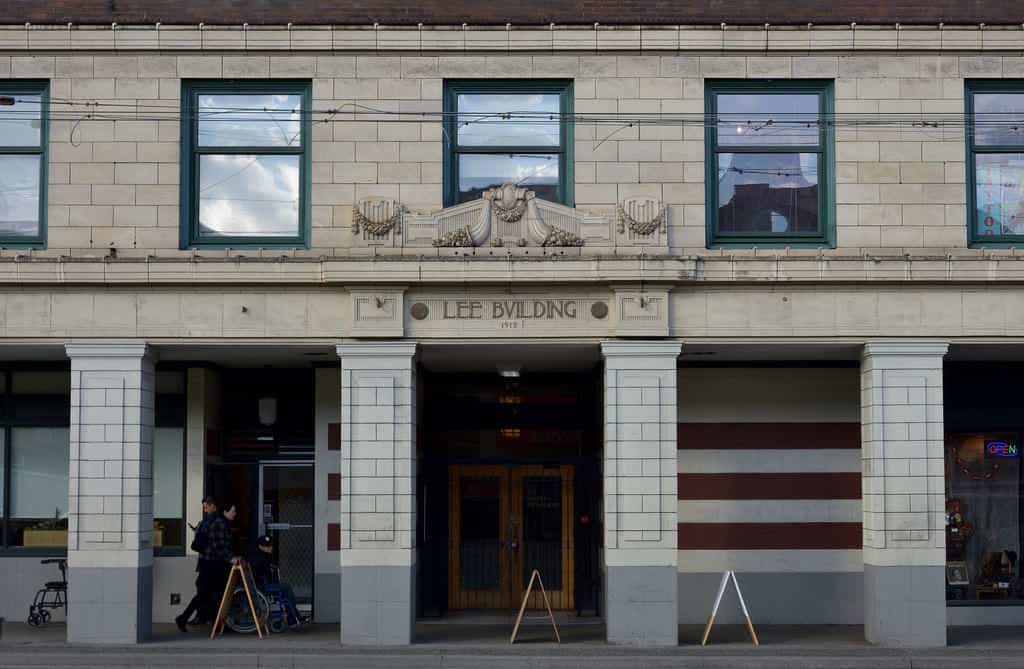 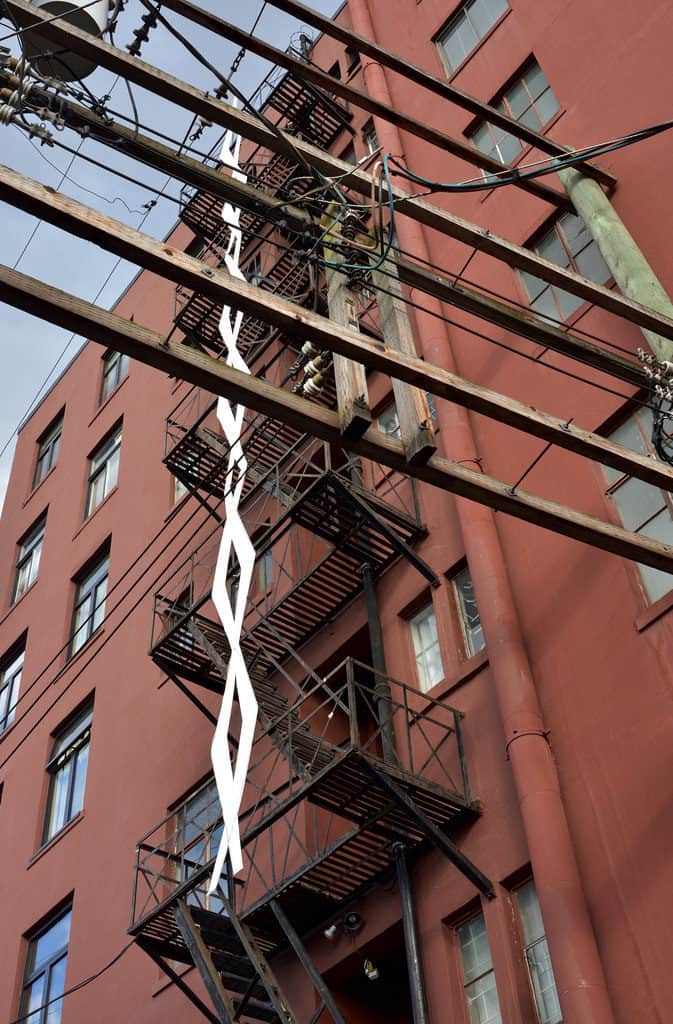 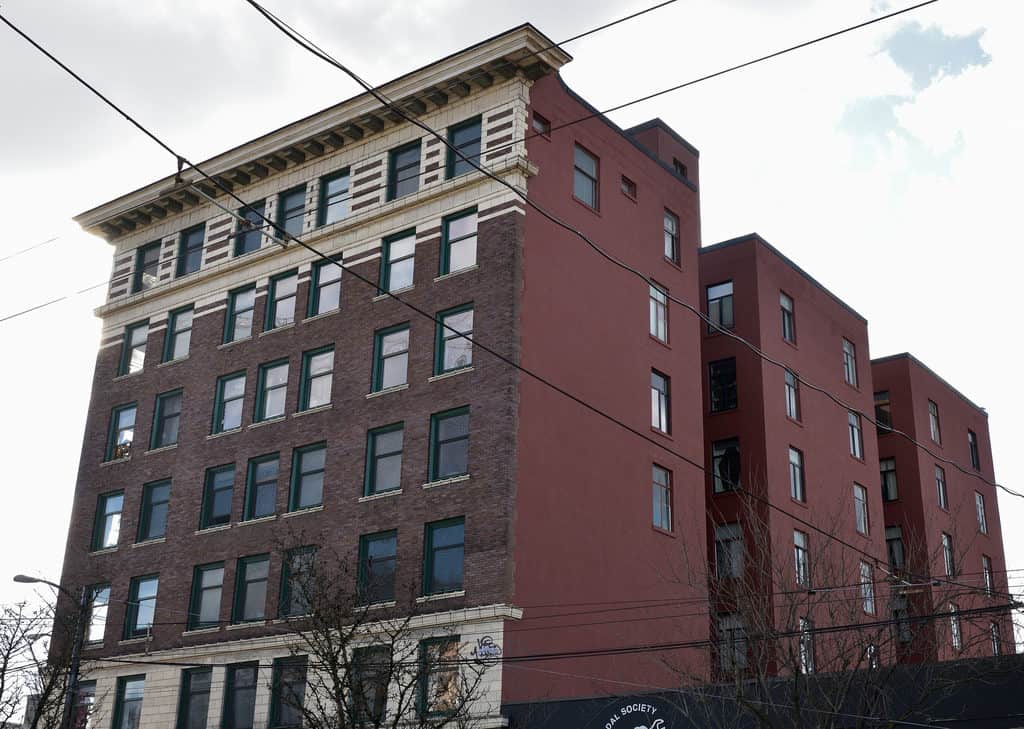 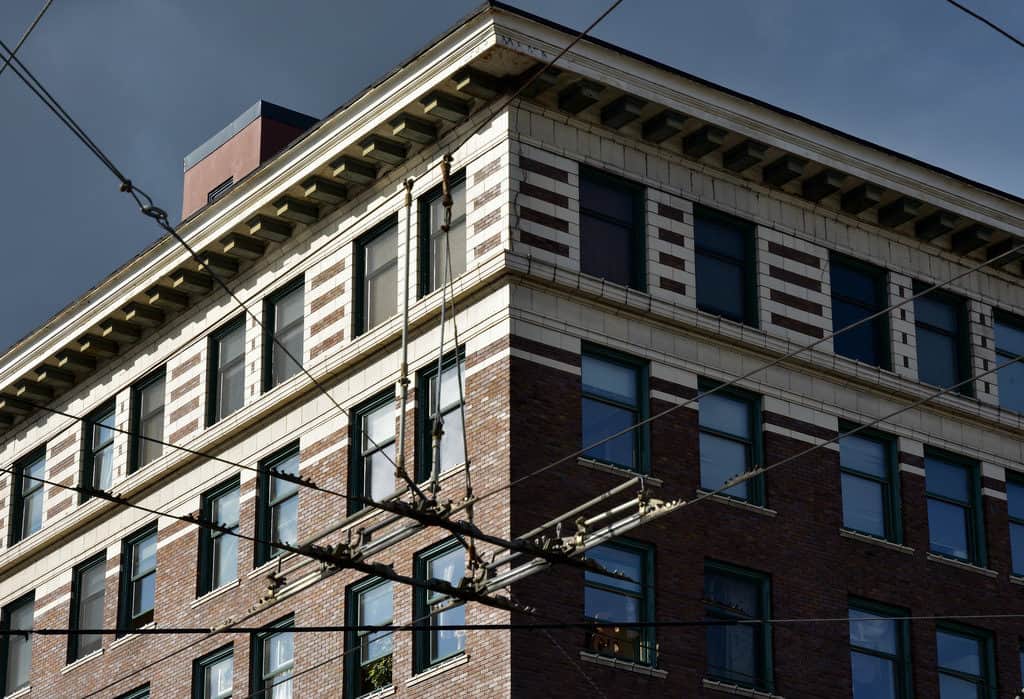 Mount Pleasant waiting for the street car. Lee grocery store in the background (you can see "LEE" on the side). The Lee Building was built on the church site.

100 year celebration of the Lee Building

The Lee family at the 100 year celebration of the Lee Building.

100 year celebration of the Lee Building.