“We had the park, we had Sunset Beach, we had English Bay, we had Second Beach, we had Third Beach, we had Lumberman’s Arch, we had Brockton Oval, we had a herd of bison in Stanley Park…” - Ann Frost, recalling growing up in the West End in the 1940s.

Sunset Beach Park, established in 1959, completed the dream of a continuous strip of public waterfront between Stanley Park and the head of False Creek. Cottages and apartment buildings had lined the water side of Beach Avenue since the city’s early years. In 1941, businessman George C. Reifel traded a crucial 198 foot strip of property at the foot of Bute Street to the city for property elsewhere, enabling the plan to move forward. The last building on the waterfront, the 1928 Crystal Pool at the foot of Jervis, was demolished once the Vancouver Aquatic Centre opened in 1974.

Sponsored by the Reifel Family

The Reifels
The Reifel family built some of Vancouver’s most enduring landmarks, including the Commodore Ballroom, the Vogue Theatre and two opulent mansions on southwest Marine Drive: Casa Mia and Rio Vista. The family donated land to the City of Vancouver for the original Vancouver Art Gallery at 1145 West Georgia Street and established the Reifel Bird Sanctuary on Westham Island in 1972. The Reifel fortune came from the liquor trade; they owned four breweries and two distilleries in Vancouver’s early days, and profited enormously from rum running during the U.S. prohibition, setting up a network of cargo ships that supplied liquor to the Western United States.

Land Swap
In 1941, the Reifels participated in a three-way property swap that enabled the creation of the Sunset Beach portion of the seawall. The Reifels gave the City three lots on the southwest corner of Beach and Bute (assessed at $15,035) in exchange for a business property on Granville Street near Davie, assessed at $23,700, and paid $8,665 into the City’s sinking fund. The City then turned over the strip of beach to the Park board in exchange for Abray Park – undeveloped land on the edge of Mountain View Cemetery. The sinking fund would receive half the receipts from the sale of grave plots in the former park. This deal was an important step toward the Park Board’s ambition of completing the Seawall between Stanley Park and the Burrard Bridge.

Protest and Gathering Site
Today, Sunset Beach is a popular spot for beach volleyball, rollerbladers and dogwalkers and of course, sunset watching. The large grassy expanse above the beach has become a choice spot for large gatherings, protests and parades like the Pride Parade (see Davie Street Village) and anti-war rallies. In recent years, the site has played host to 4/20 rallies; an estimated 40,000 people attended the 4/20 rally in 2017. 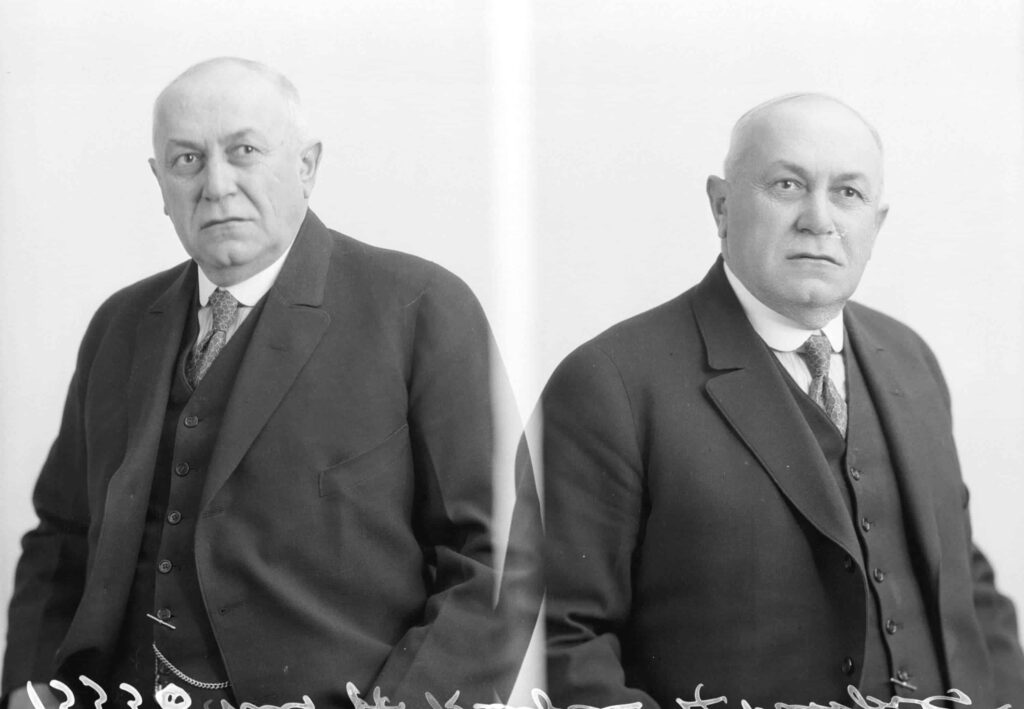 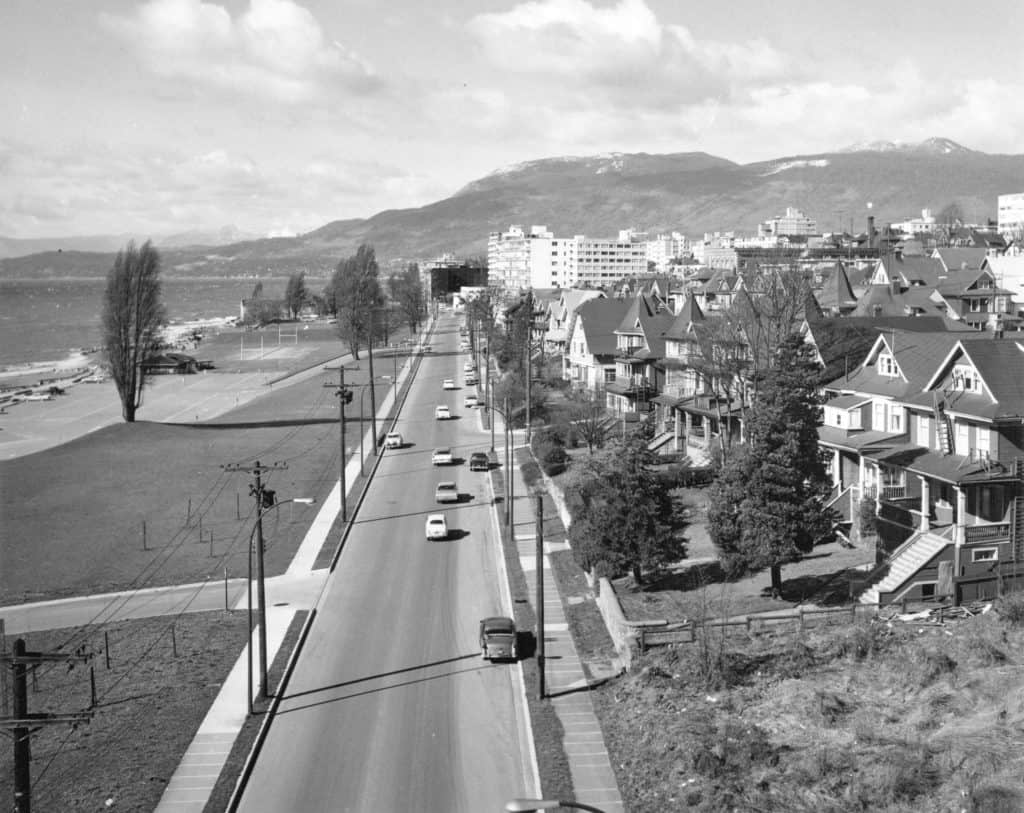 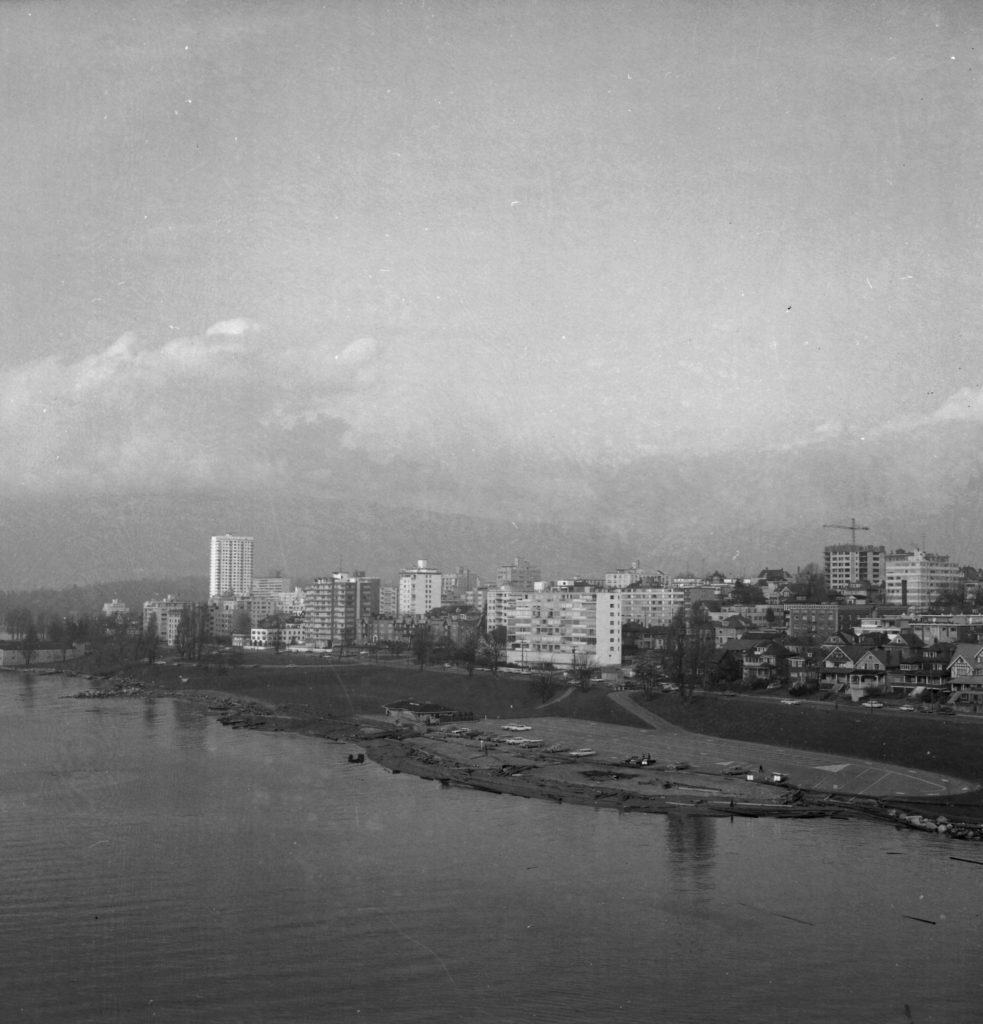 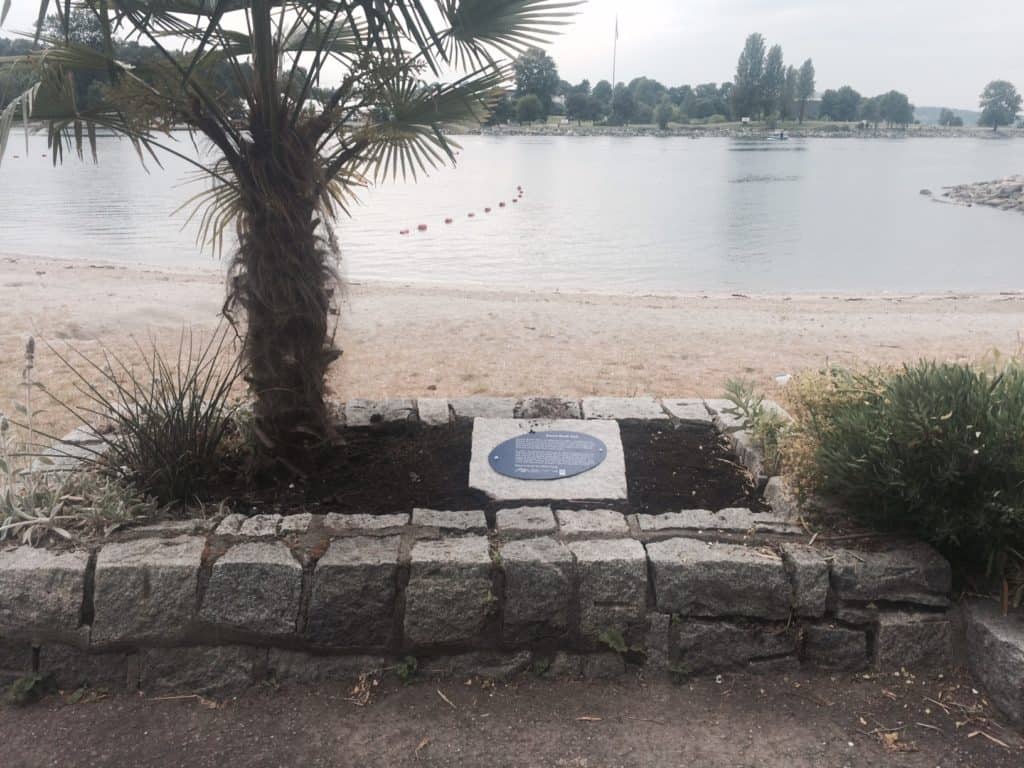 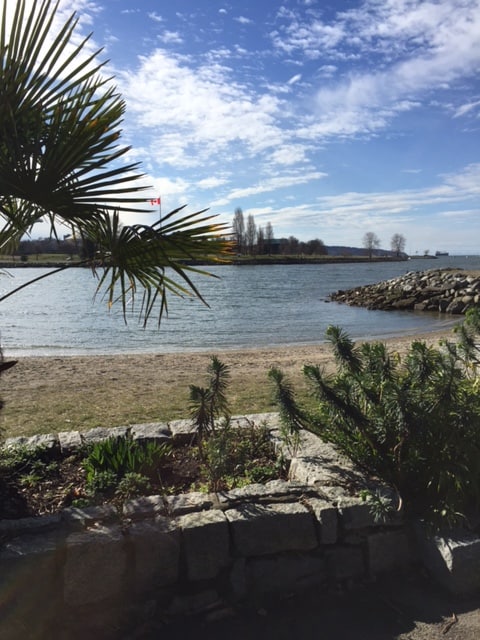 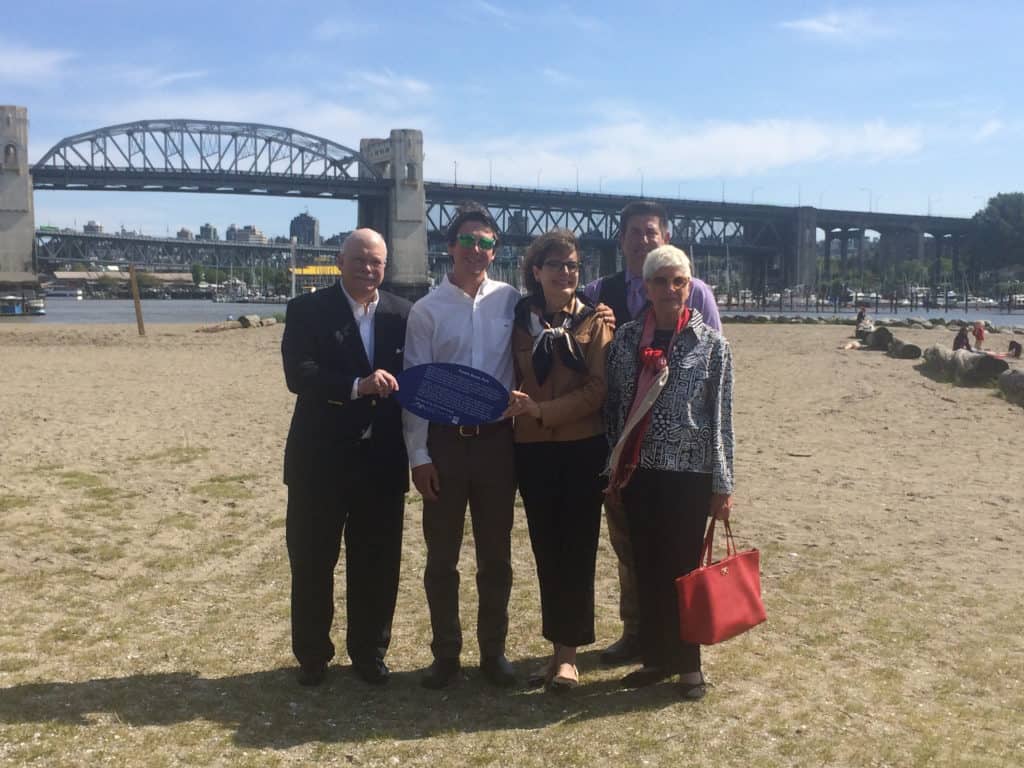 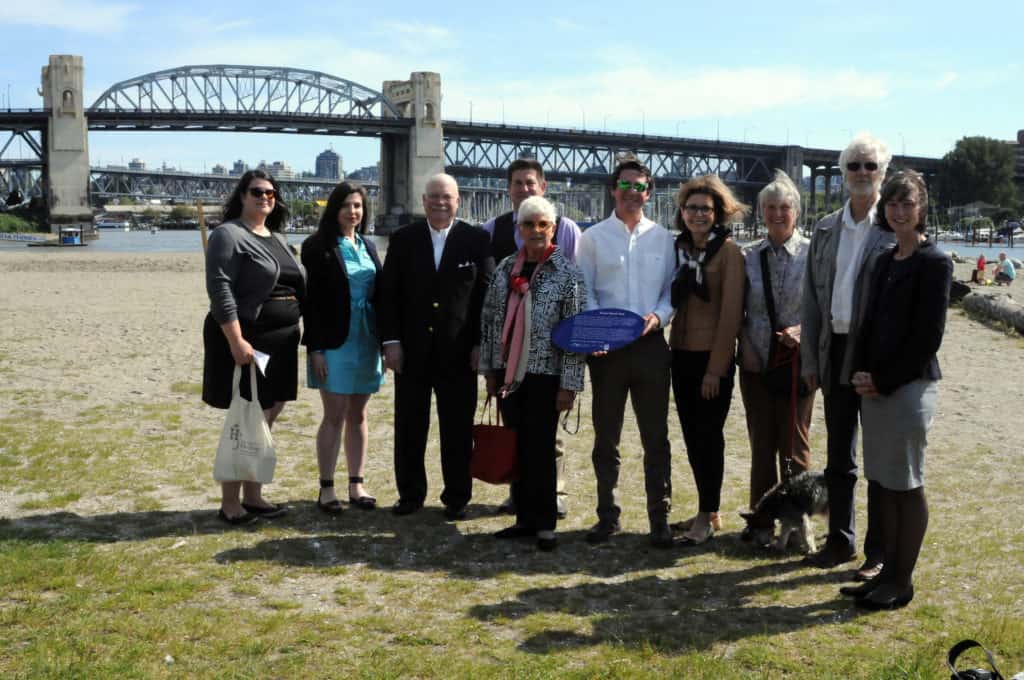 The Reifel family and VHF staff at the "Places that Matter" plaque presentation. 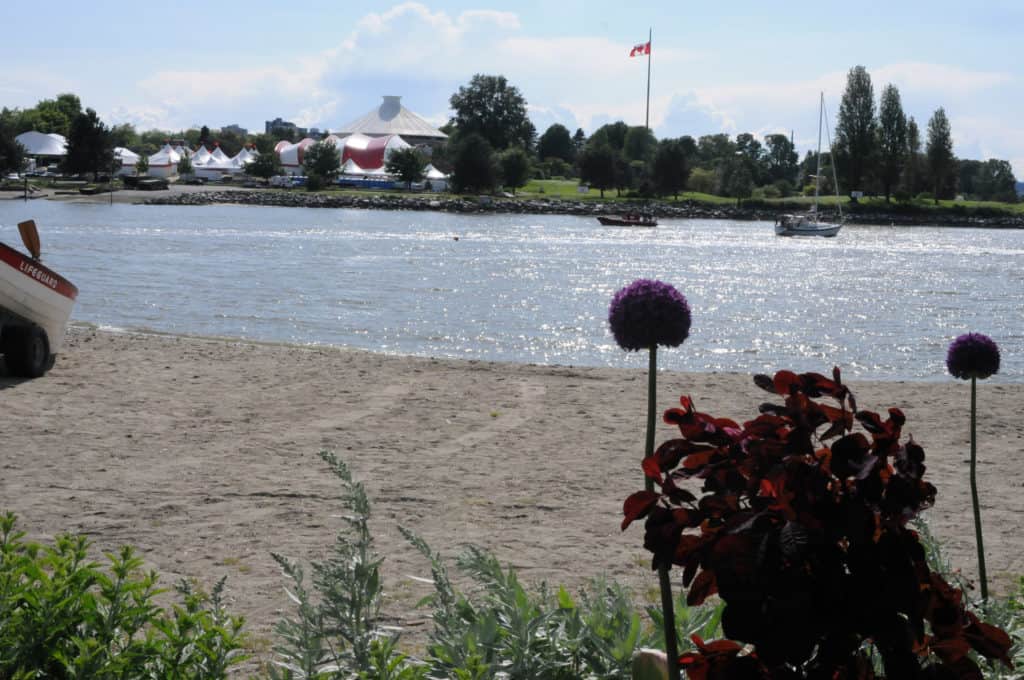 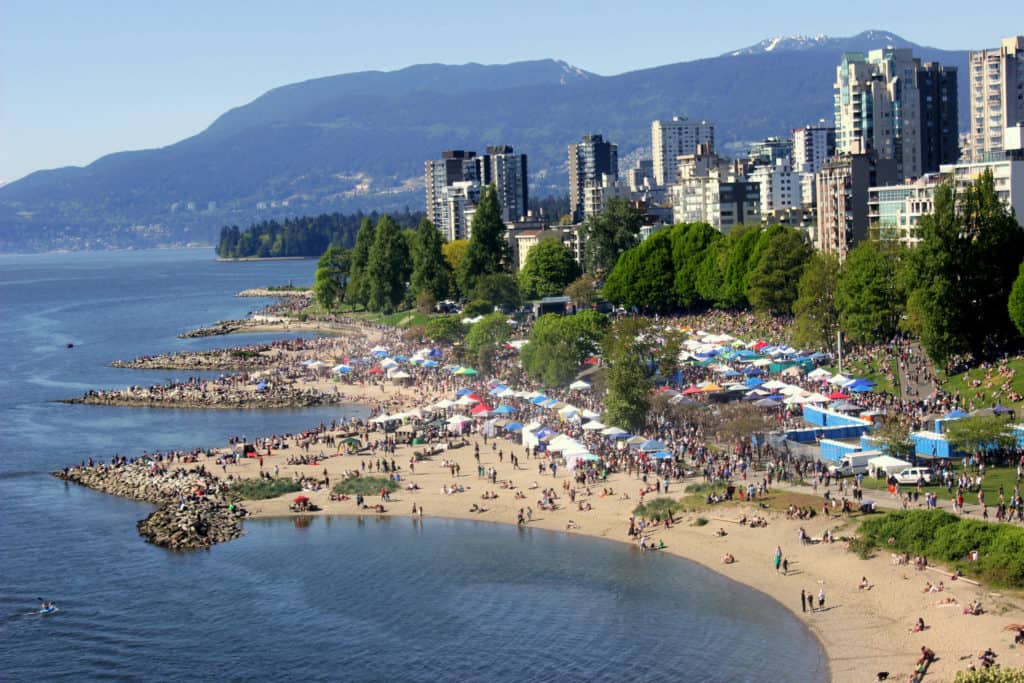 Along seawall by concession stand

The Reifel family and VHF staff at the "Places that Matter" plaque presentation.