Recreation Park (1905 – 1913), the home of Vancouver’s Northwestern League baseball teams, once occupied the block between Smithe, Nelson, Homer and Hamilton Streets. With the grandstand built into the south east-facing slope patrons could watch baseball and lacrosse, any number of amateur competitions and events including the Greater Norris and Rowe circus in 1908, all framed by the Yaletown warehouses.

The creation of Recreation Park in 1905 marked the beginning of Vancouver’s professional baseball team, although baseball was being played in the city well before this. In the 1890s, the Powell Street Grounds (now Oppenheimer Park) and Brockton Point Grounds (now Brockton Oval in Stanley Park) was where you could find amateur baseball teams and touring clubs playing, and at the beginning of the 1900s, a stadium was built at Lovett’s Farm at 14th and Heather.

With the rapid development of the city came a fan base eager to watch, and willing to pay for, professional sports. In 1905, a group of local businessmen, led by A. E. Tulk and W. D. Haywood, came together to form the Recreation Park Company Limited (RCPL), and began talks with the Northwest Baseball League to bring a franchise to Vancouver. The company chose a tract of empty land between Smithe, Nelson, Homer and Hamilton Streets as their desired site, which was owned by the CPR and being used by Imperial Oil to graze its horses and cows. Since baseball was a sport most watched by the working class, this location would be easily accessible for its largest fan base. The CPR leased the land to the RPCL, and the contract for the grandstand was given to Layfield and Williams, who started construction on 375 foot long stand, with seating for 6,500. It was to be Vancouver’s first enclosed sports grounds, and cost approximately $30,000 to build.

March 30, 1905, the Daily World observed that “progress on the new recreation park and ball grounds, facing False Creek, just East of Homer Street is excellent, and the old cow pasture and wilderness of a few weeks ago has disappeared”. With the season fast approaching, Vancouver Veterans was chosen as the team’s name (purportedly because of a number of veterans playing for the team), under the management of John McCloskey, a seasoned manager from the United States who brought several major league players with him to Vancouver. Regular home games were scheduled for Saturdays in Vancouver, and the other teams in the league were Bellingham, Everett and Victoria.

Opening day of the park was slated for May 11, 1905, just in time for the season opener, and the day was declared a civic holiday, allowing more people to enjoy the opening day parade. Daily World published that “a grand parade, headed by the regimental band, will traverse the principal streets leaving the courthouse at 2:30. Mayor Buscombe will pitch the first ball across the plate at 4:30” (Daily World, May 11, 1905). Approximately 3,500 fans paid a 25 cent entry fee for the pleasure of watching the Vancouver Veterans beat Victoria Legislators 4-2. The grandstand was decorated with white and vivid red streamers, the new team’s colours.

Baseball at the Park

With the grandstand built into the south-facing slope, patrons could watch baseball and lacrosse, and any number of amateur competitions and events, framed by the Yaletown warehouses and the grain elevator of the Royal Standard Flour Mill. Despite baseball’s popularity, the team’s early years were plagued by financial difficulties. The team could not play in the 1906 season, but returned in 1907 with a new owner, the Recreation Park Amusement Centre. Before the 1907 season, a new four-block-long streetcar line was completed, connecting Recreation Park’s entrance at the corner of Smithe and Homer, to Robson and Granville.

That same year, the team was renamed the Canucks, and for the 1908 season they became the Vancouver Beavers. The team disbanded again after the 1909 season and went through a quick succession of owners before American professional baseball player Bob Brown stepped in, buying the team in 1910. Brown, who had most recently been playing for Spokane, had been to Vancouver on several occasions as a player on the visiting team, and moved to the city before the start of the 1910 season, taking over as owner, manager, president, as well as starting shortstop. Fortunes turned for the Beavers, and in 1911 they were league champions. Once Brown was involved in professional baseball in Vancouver, unwavering support for the sport took hold, and has been strong ever since. Recreation Park was not only home to professional baseball in these years, but amateur games as well.

Not Just for Baseball

Since its early days, Recreation Park was host to numerous other sports, activities, and events. The Vancouver Lacrosse Club also had Recreation Park as their home field, even drawing a record attendance number of 11,000 people. Outdoor prize fighting, soccer, Vancouver Police sports, and track and field were some of other sporting activities going on, and in 1908 the park hosted the Greater Rowe Circus. In 1910 Vancouverites paid their respects to the late King Edward at a ceremony held at the park, and celebrated the coronation of King George the following year.

After the 1912 season, CPR decided not to renew the lease for Recreation Park.  Vancouver experienced a real estate and building boom from 1909-1913, and the land value had no doubt increased dramatically since the original lease terms of 1905, and could be sold off in smaller lots at a much greater profit.

So, the Vancouver Beavers and the Vancouver Lacrosse Club both needed a new place to play. Brown had been considering building a new venue for a few years at this point, feeling that his team needed stadium of its own. He leased the land that would become Athletic Park at 5th and Hemlock, once again from CPR, and began clearing it for development himself, bringing Recreation Park’s grandstand seating with him. Athletic Park opened in April 1913, with the Vancouver Beavers beating the Tacoma Tigers in front of 6,000 fans.

The old grounds of Recreation Park were slowly sold off and developed in small tracts, but largely remained unused until 1937.  Since then it has been a parking lot, and a storage facility, and in the early 2000s condominium buildings and Yaletown Park were built. Yaletown Park is a small 0.4 acre urban park designed by Durante Kreuk as a “modern interpretation of two urban forms: the soft greenery of downtown south and the hard industrial character of Yaletown” (Durante Kreuk website). The park is paved with granite cobblestone and there are heritage granite curb pieces throughout the park pointing north. 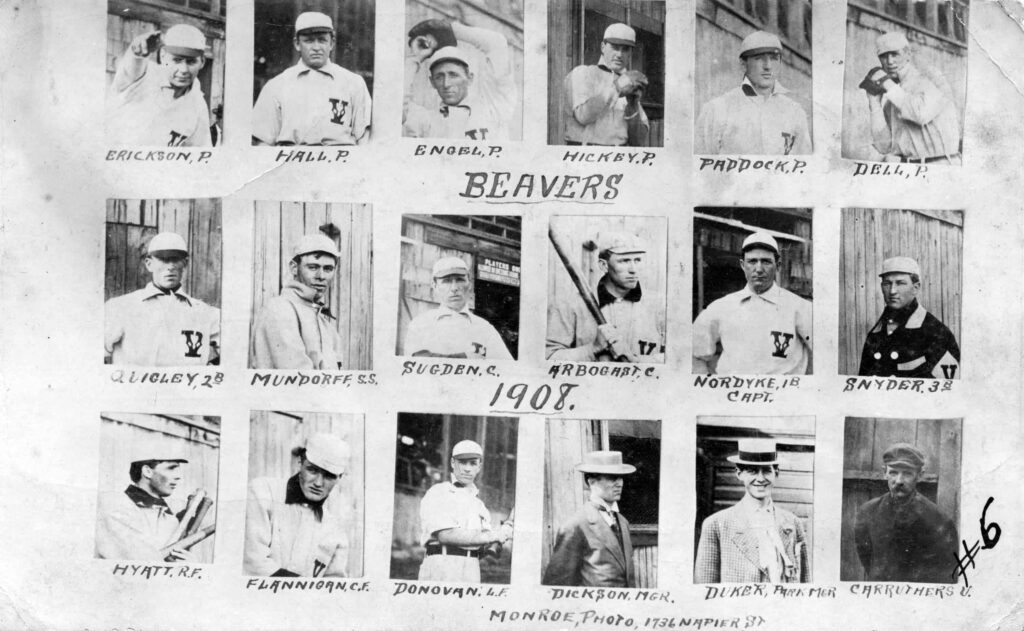 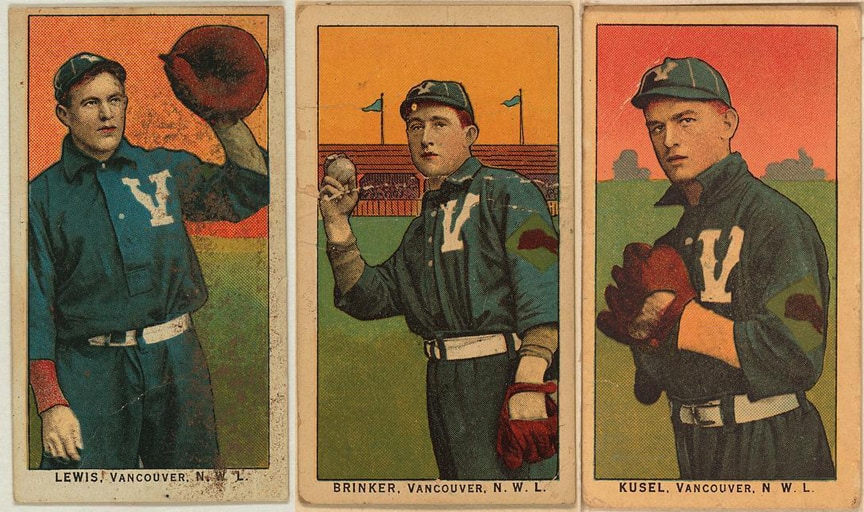 T212 Obak cards of Vancouver Beavers, with Recreation Park in the background. Courtesy of Kirk Sorensen. 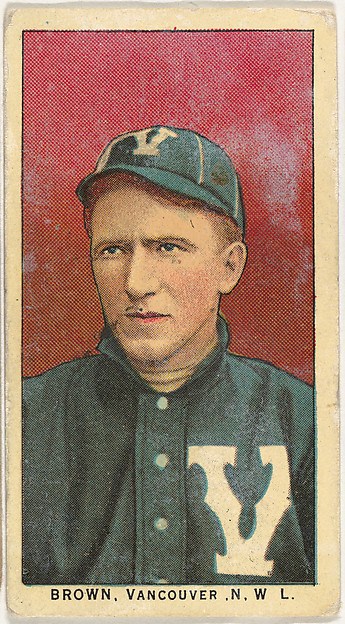 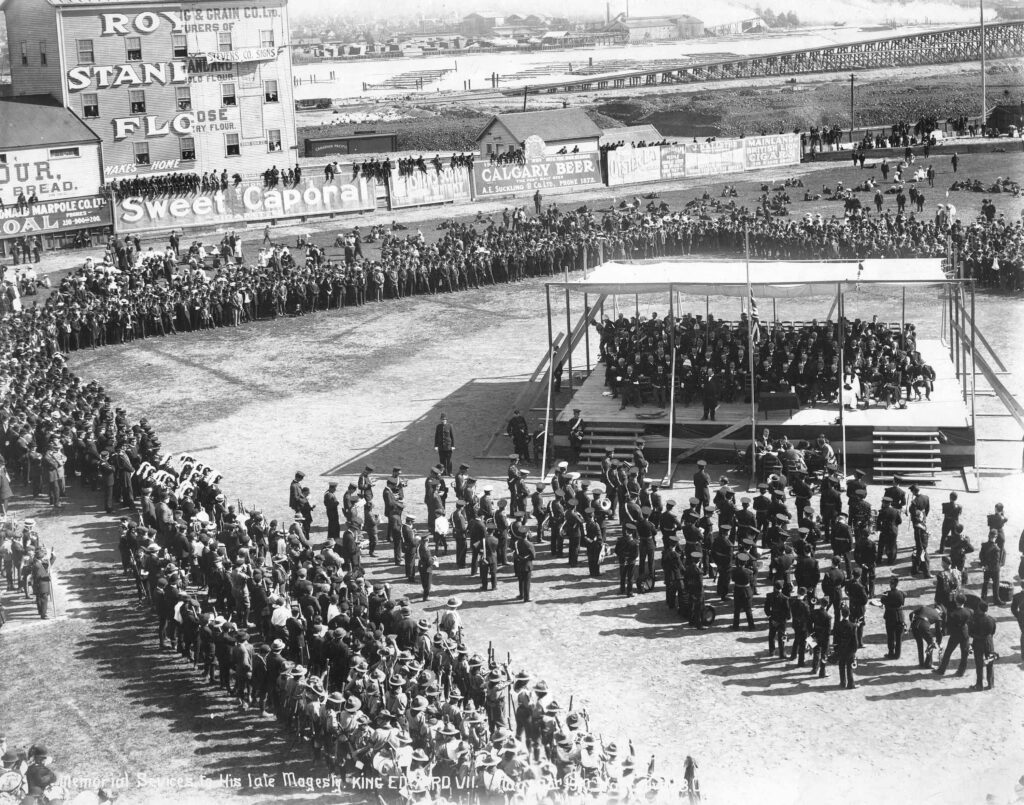 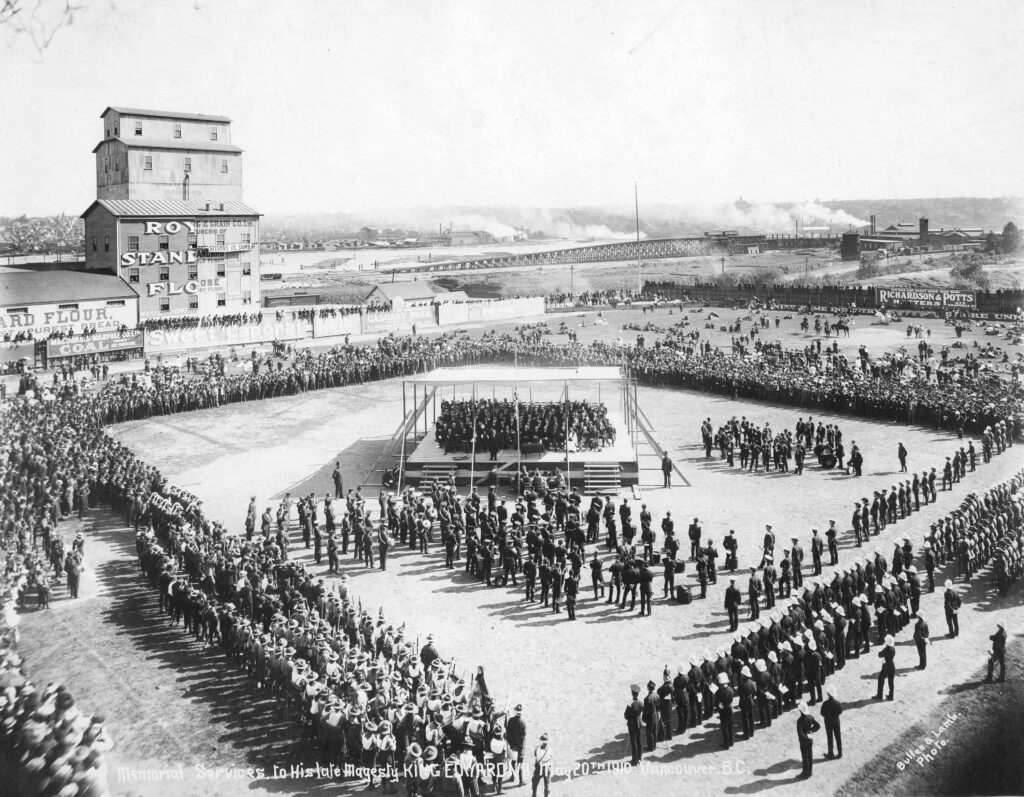 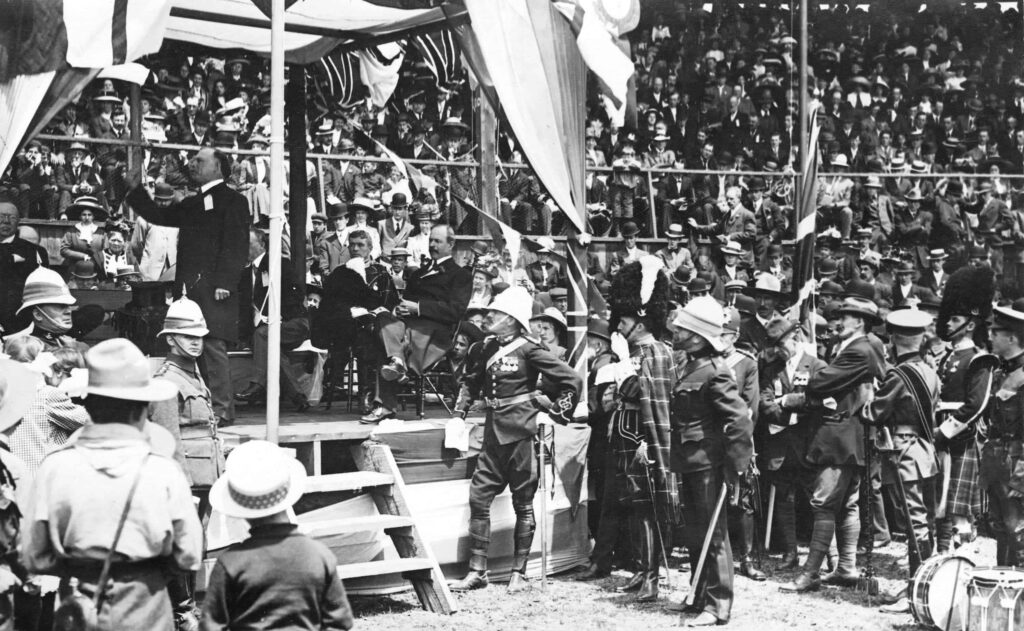 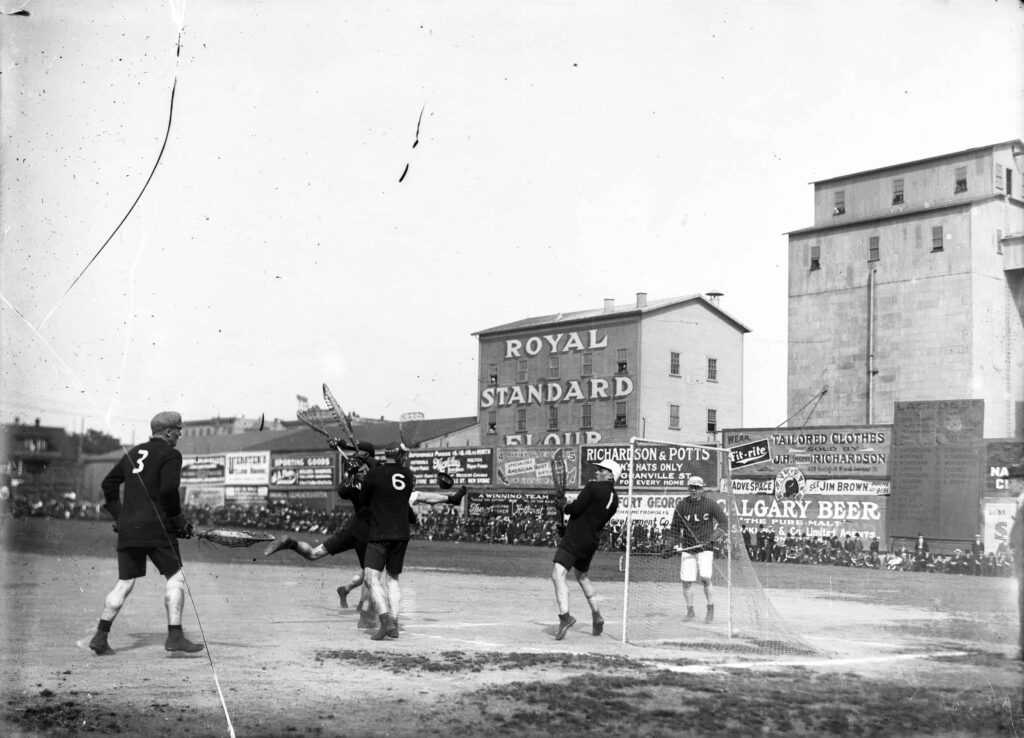 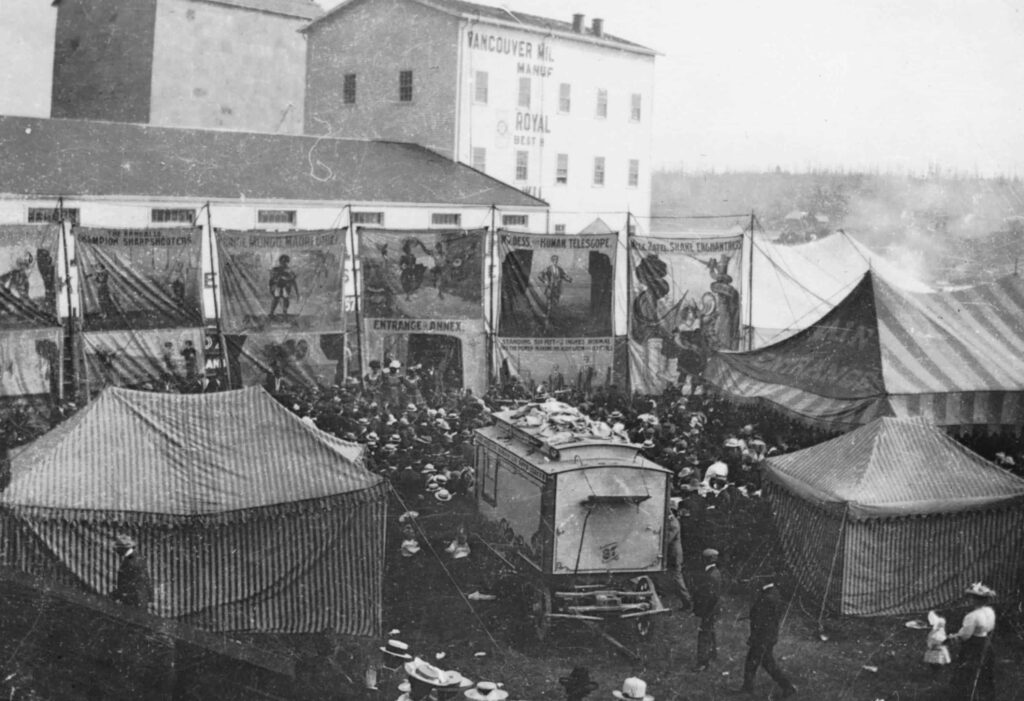 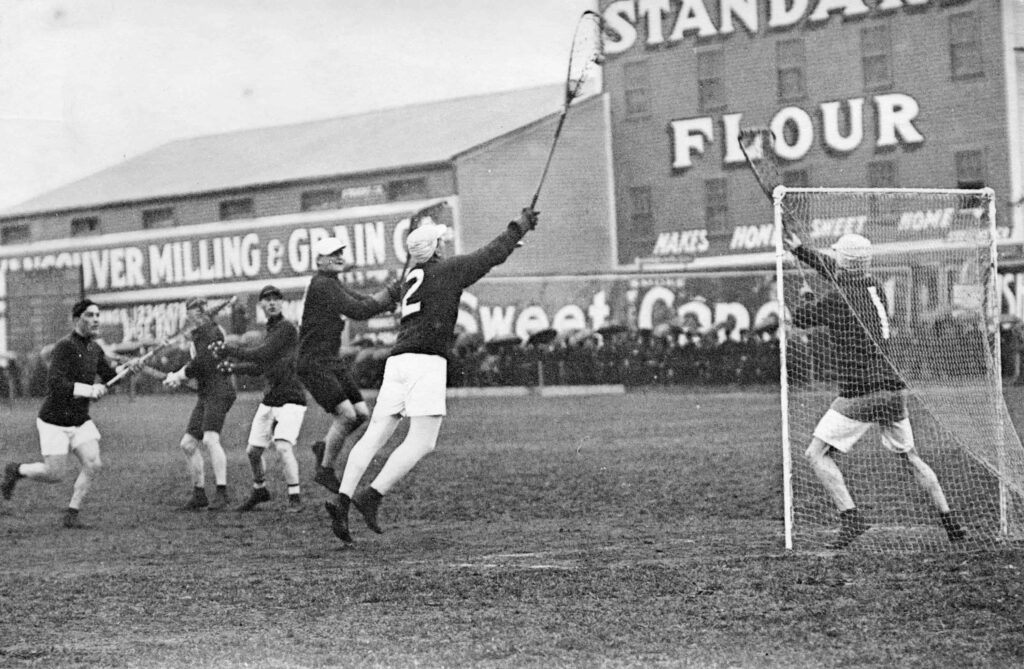 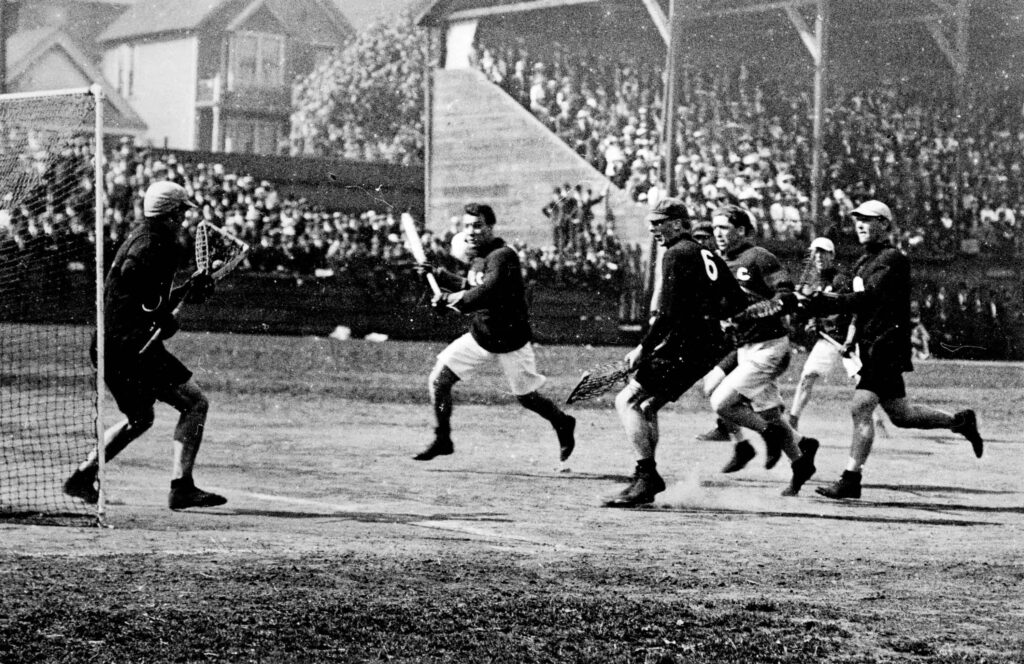 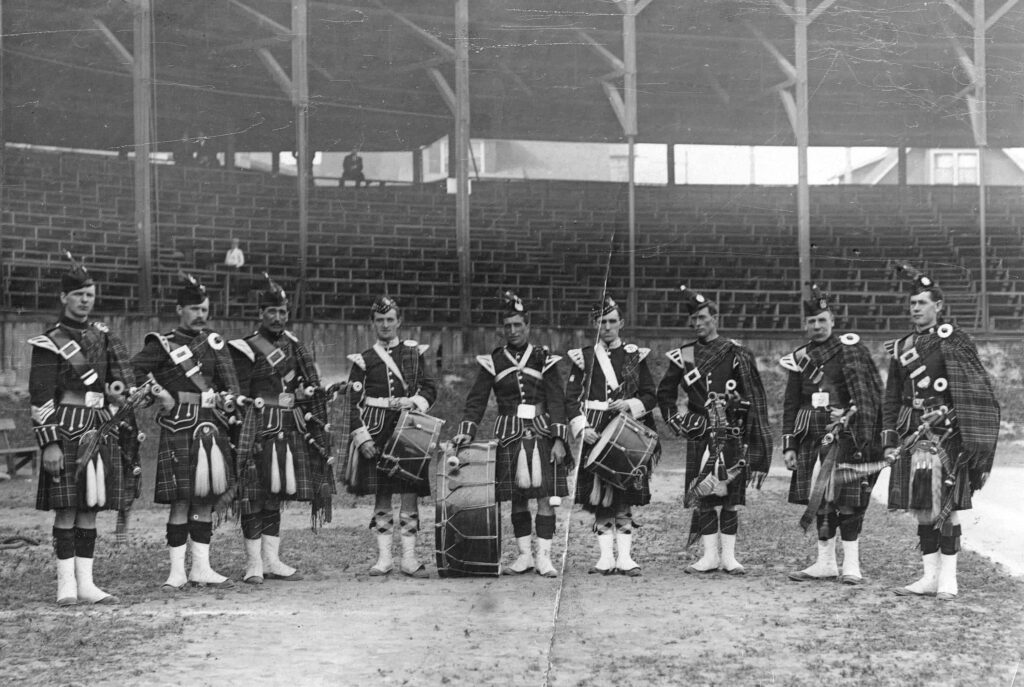 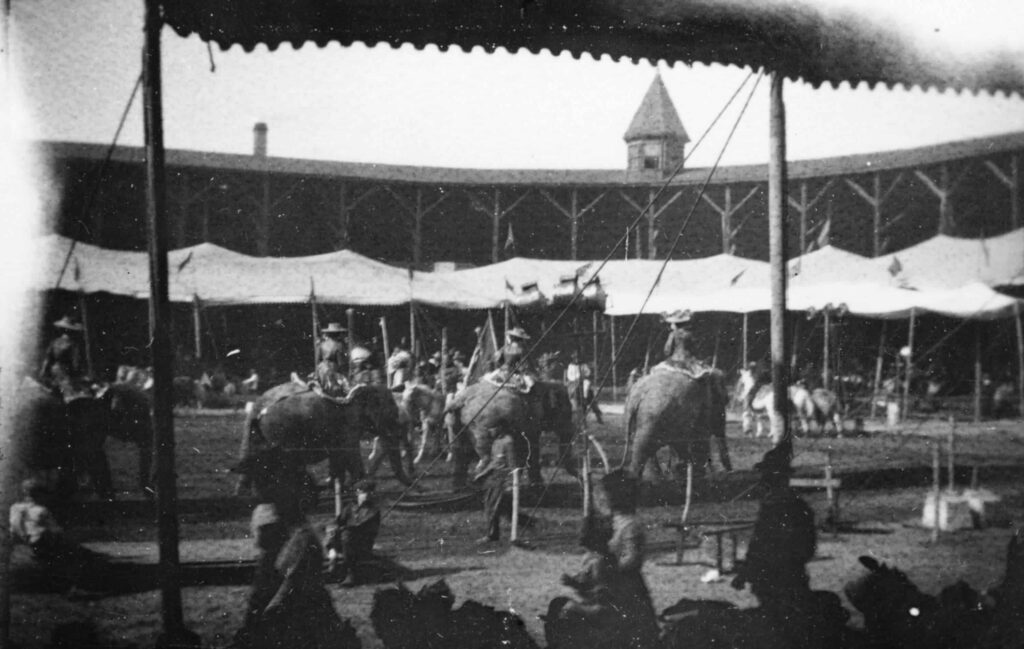 View of elephant and rider performance from seats of tent at Recreation Park. CVA 677-1019. 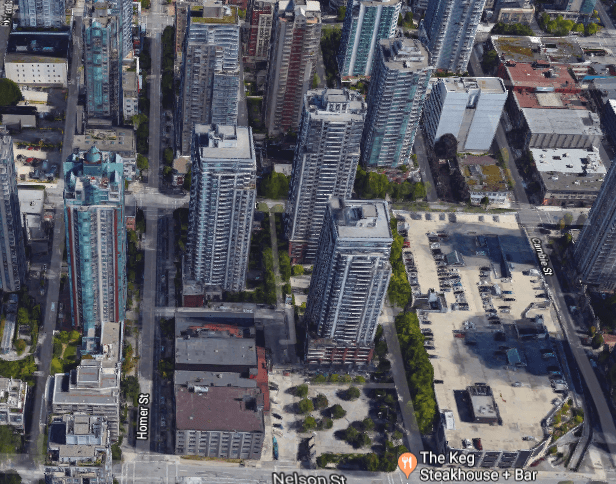 T212 Obak cards of Vancouver Beavers, with Recreation Park in the background. Courtesy of Kirk Sorensen.

View of elephant and rider performance from seats of tent at Recreation Park. CVA 677-1019.