On May 7th, 2022 - more than 50 years after the victory at Raymur Avenue - we celebrated PTM Plaque Presentation #91 at the Militant Mother's Day Celebration.

A City of Vancouver Proclamation declared May 7th as Militant Mother's Day.

These railway tracks by Raymur Housing (now Stamps Place) were the site of a major community victory in 1971. Local kids going to and from Admiral Seymour School had to cross the tracks – often dodging trains and risking serious injury. When two dozen Raymur moms tried to get train schedules changed they were ignored, so they took their fight with the railways to City Hall and the courts. Dubbed Militant Mothers of Raymur, they blockaded the tracks, which led to the City building this pedestrian overpass. The Militant Moms went on to create a food co-op which grew into the Ray-Cam Cooperative Centre.

In honour of the original Militant Mothers

Railroad tracks cutting through the Strathcona neighbourhood just east of Raymur Avenue separates Admiral Seymour School from the homes of the majority of its students. When the Raymur housing project opened in 1971 parents were dismayed that their children had no option but to cross the railway tracks to get to school. Unfortunately the right-of-way was a busy line between the Great Northern and Canadian National freight yards and the wharves at Burrard Inlet. Repeated requests to have the schedules adjusted so that the trains would not run when students were on their way to and from school fell on deaf ears. So too did the requests for an overpass.

After months of meetings with railway, school board and city officials produced no solutions residents took action. On January 26 1971, newspapers reported that: “twenty five women, the “Militant Mothers of Raymur,” blockade the train tracks between Raymur and Glen demanding a safe crossing for Seymour students who have to cross the busy and dangerous tracks every day to get to school.”

Tents were pitched across the tracks, placards were hoisted with slogans such as “Petitions Don’t Work” and Children Before Profits” and the news media showed up. In short order the city agreed that an overpass would be built across the tracks at the foot of Keefer Street. Not trusting the City, the “Mothers” kept a vigil on the tracks until construction actually began in March of 1971.

Officially opened in 1976, Ray-Cam began as a social recreation centre and food co-operative and is today a community-run service centre. Ray-Cam Cooperative Centre

During the 2014 Heart of the City Festival, THE RAYMUR MOTHERS They Wouldn’t Take No For An Answer is a musical by former Downtown Eastside resident Bob Sarti, with music by Bill Sample, and directed by Jay Hamburger, Artistic Director of Theatre in the Raw.

In 2019, the City of Vancouver officially changed the name of the bridge from the Keefer Street Pedestrian Overpass to the Militant Mothers of Raymur Overpass in honour of these women.

A 2021 article by Carolyn Jerome, in the Georgia Straight shares the story on its 50th Anniversary.

PTM Plaque: On May 7th, 2022, the pandemic-delayed 50th anniversary Militant Mother’s Day celebration took place at 600 Raymur Avenue, on the streets just West of the Overpass. A City of Vancouver Proclamation declared May 7th, Militant Mother’s Day. VHF’s Places That Matter plaque #91 was presented to the original Militant Mothers and their families. Plaques will be installed in 2022.

Nearby Places That Matter Sites 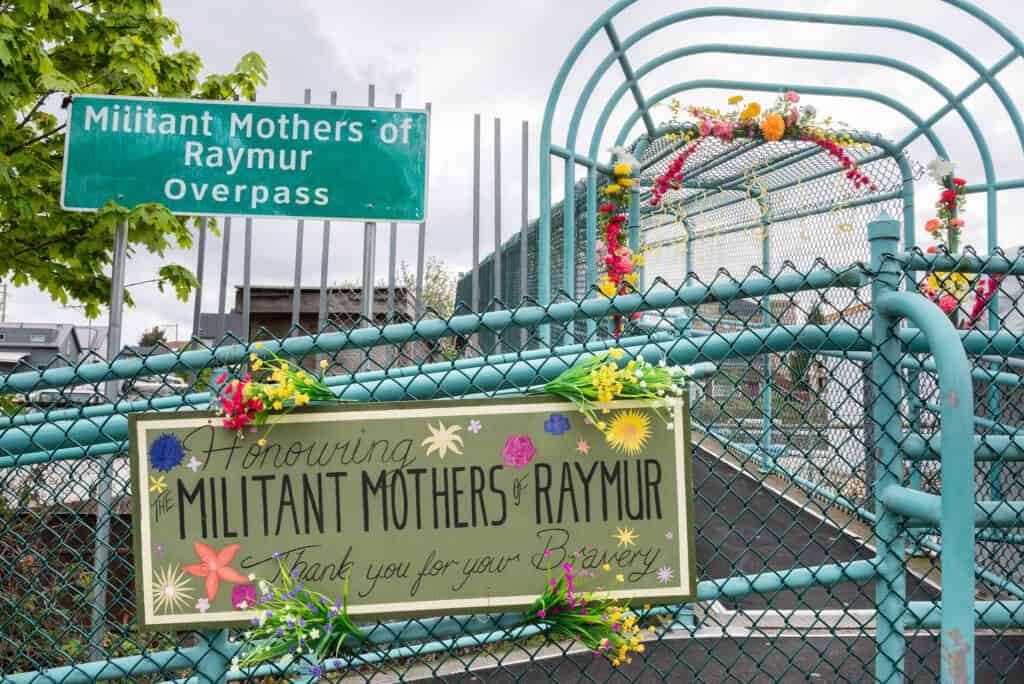 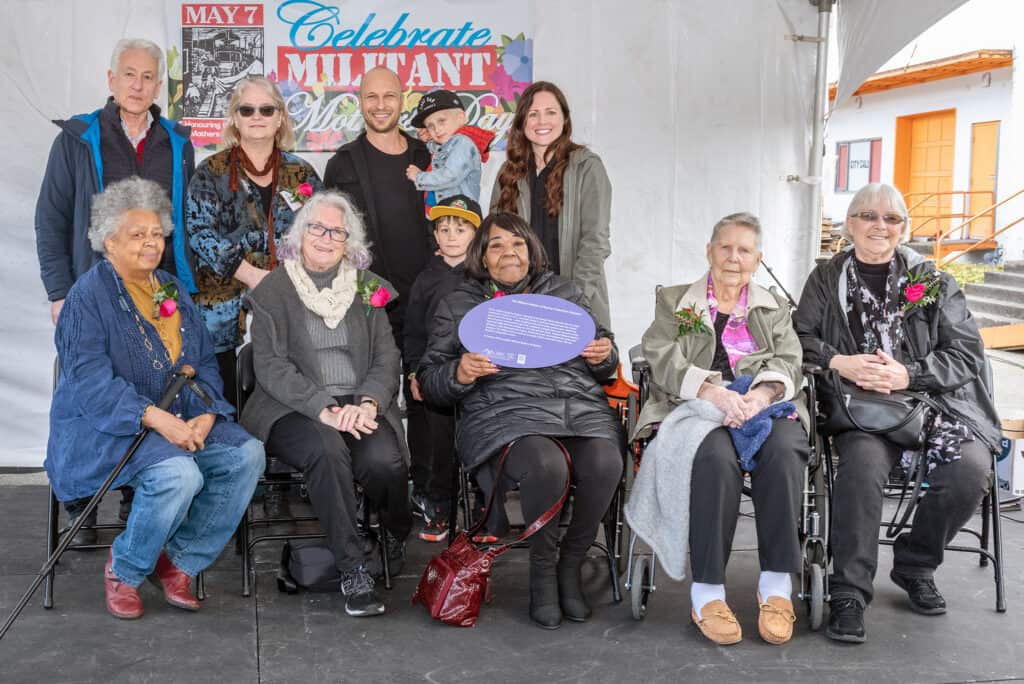 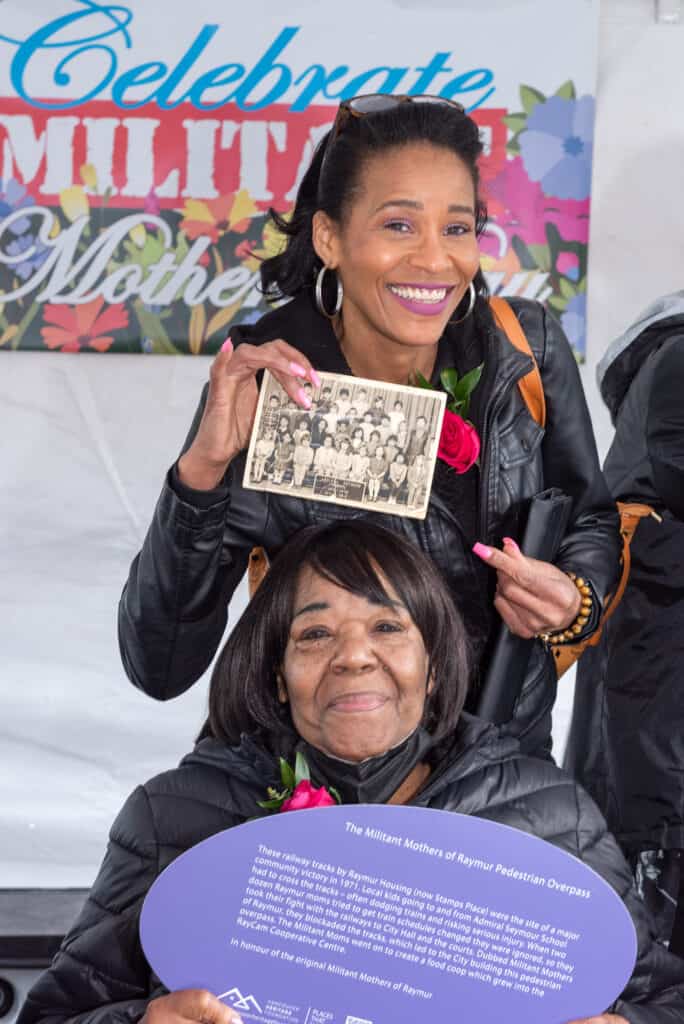 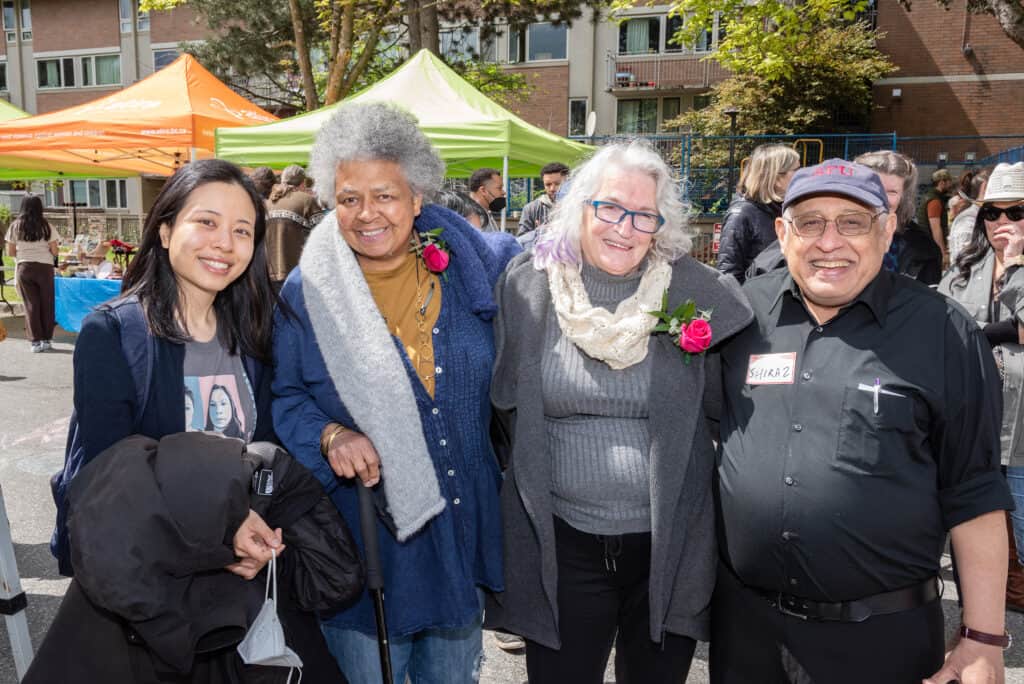 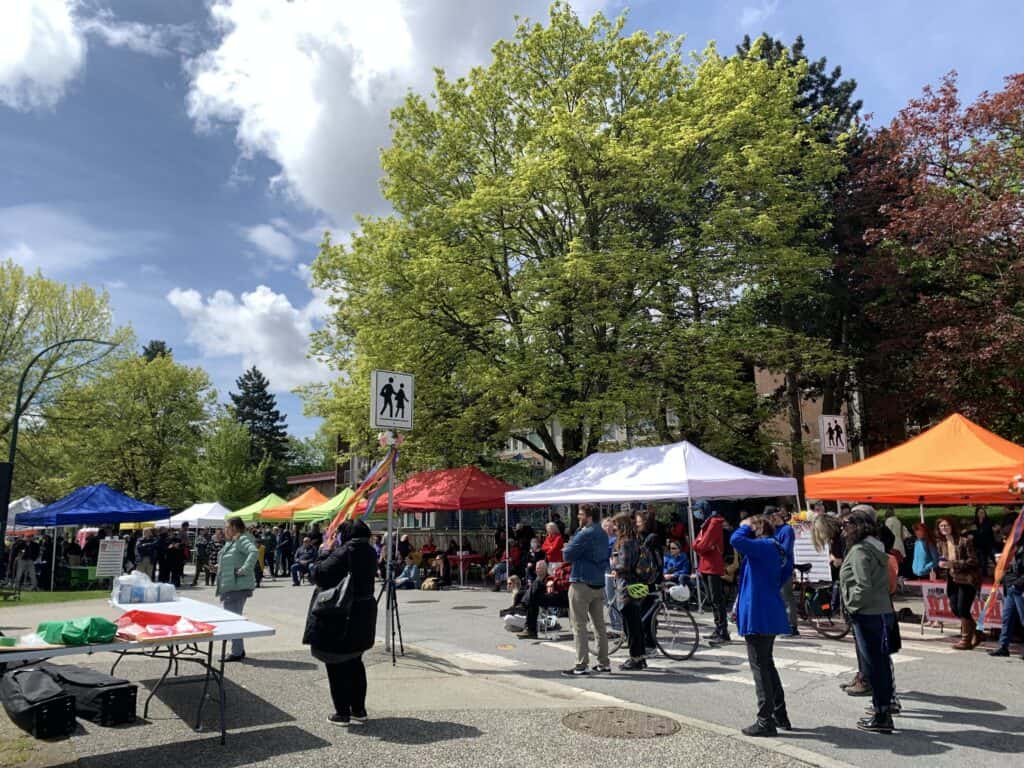 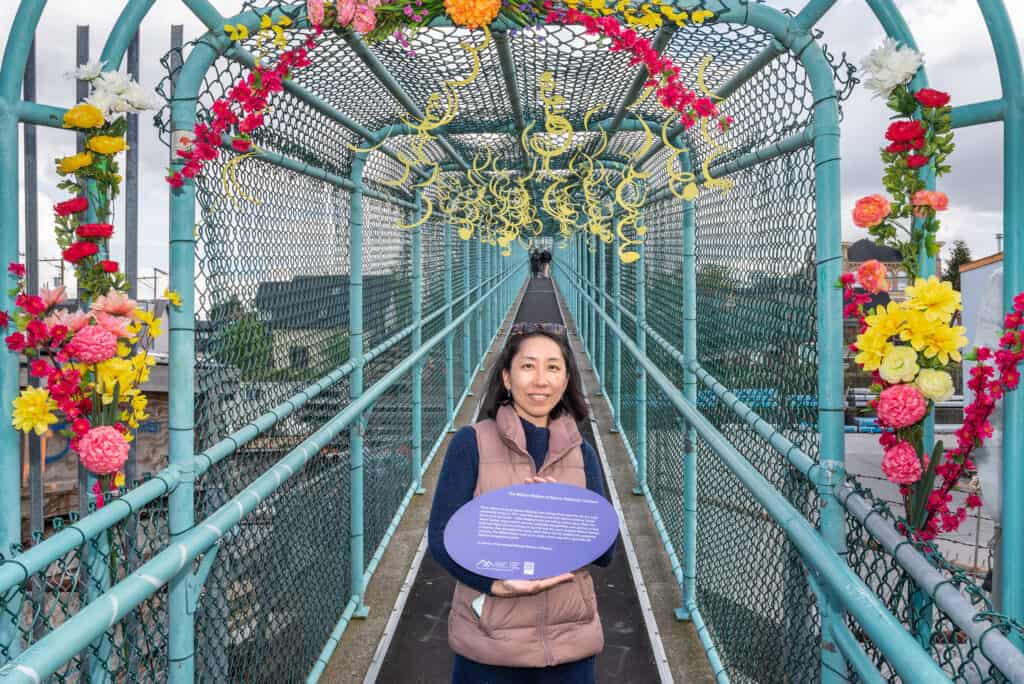 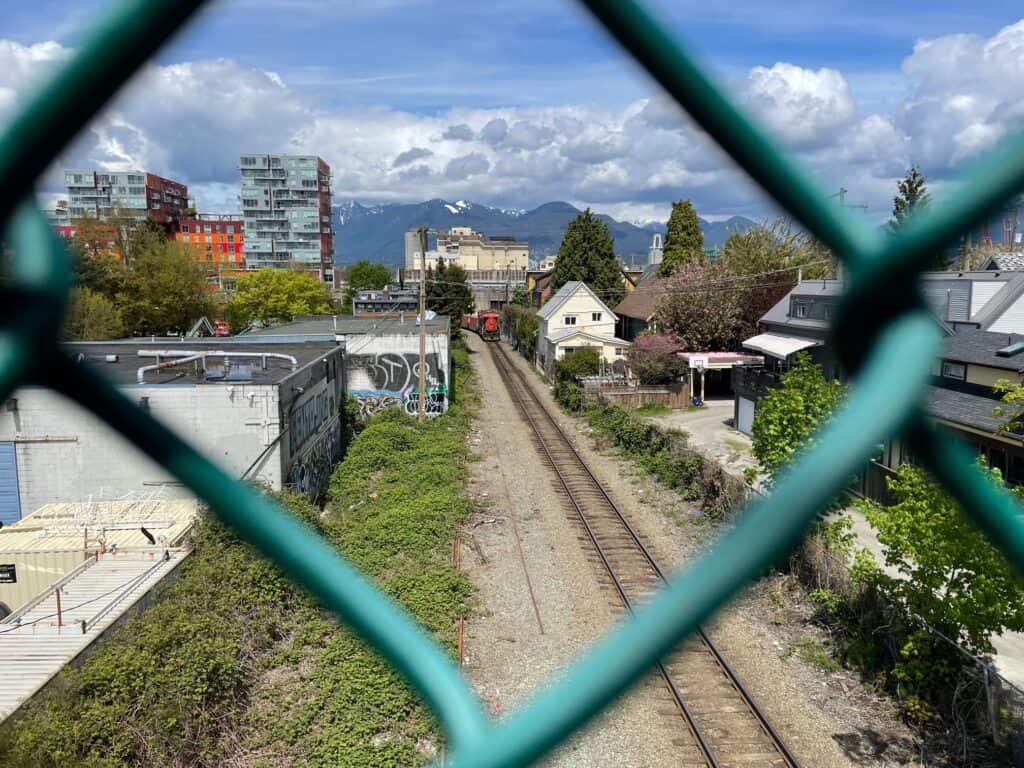 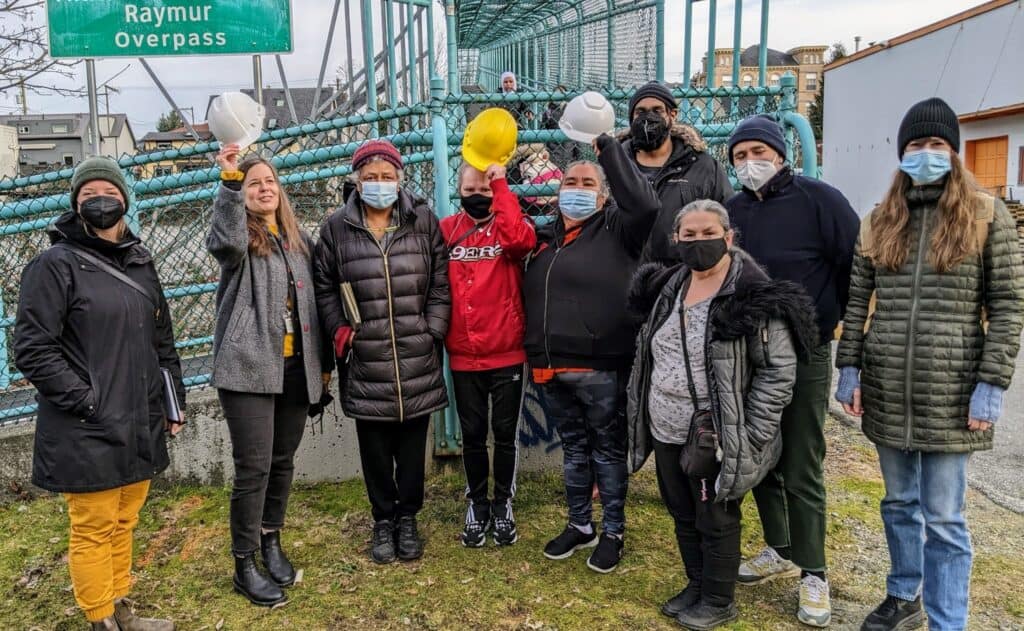 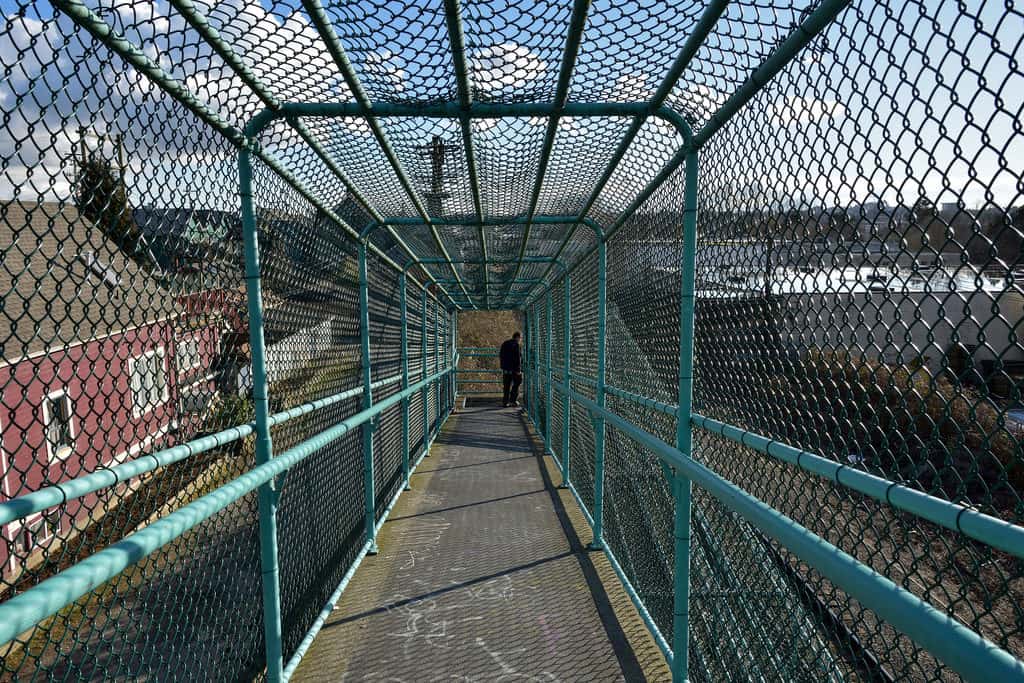 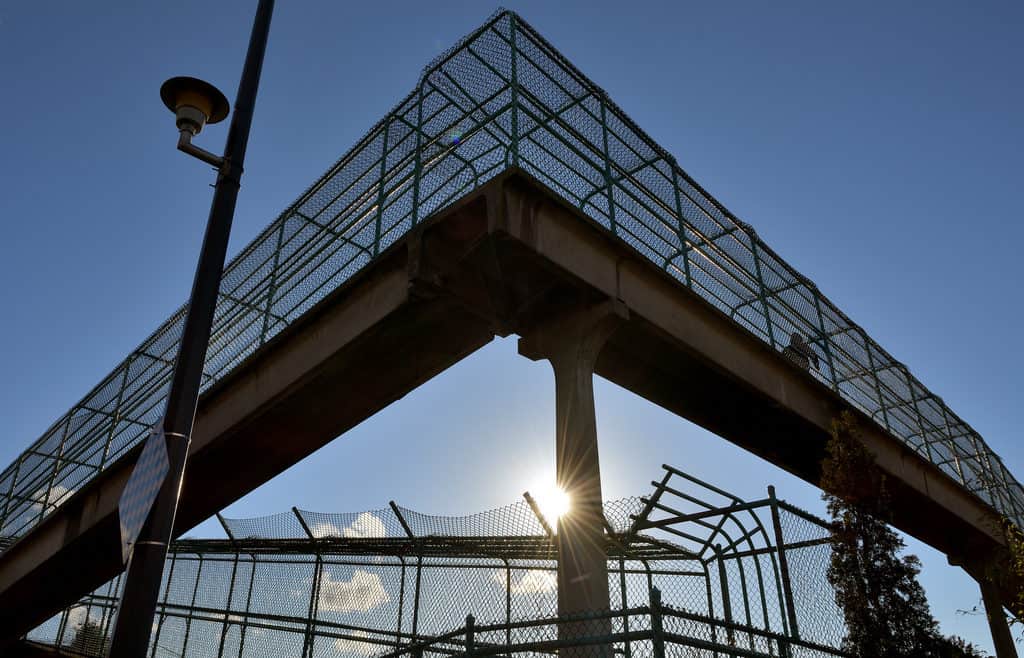 "Living at the Raymur Projects in the early 70's were the best times of my life. ... Kids were free to do what they wanted, what I mean by that is, we, as kids, we had no boundaries or restrictions really. We could run around the neighbourhood or go to McClean Park, Strathcona Park. We just had to let our parents know where we were going or where we would be. We had friends from other ethnic backgrounds. Our parents did not teach us to be racist. They understood racism because they both experienced it. My parents were both Immigrants. My Mother from Germany and my Father from Hungary. We had Indigenous,Chinese,Russian friendships. During the summer months we would be gone for most of the day, never stayed inside or at home unless it was raining. We would walk around the back alleys collecting empty soda bottles so that we can buy soda, candy bars or whatever we can buy from our new found loot...lol. We would drink from a garden hose at a house that we had no idea who the owners were. We would have lunch or a quick snack at a friends house then back out again. During the Winter months we would hang out at Gibbs Boys Club which was located across the street from Eastside of Strathcona School. We Lived on the North Tower 1207 facing East. What a great view.

My mother (Siegrun Meszaros) was a Militant Mother. I was 6yrs old at the time living on the 12th floor on one of the towers. I remember crawling underneath the stopped railcars or climbing in between them just to get to school on time. I also remember a tent was pitched on the tracks and going to Victoria to protest.   The first winter after construction, was also memorable. I remember clinging onto the fencing going up as the walkway was frozen. You would slip and slide. Going down was fun if you had a piece of cardboard....weeeee  To this day when I pass by I get a smile from the accomplishment and the memories. My mother has since passed on (July 2018)....I know she was proud of all who were involved to make this happen. I am sure the overpass saved lives."

Two plaques will be installed on either end of the overpass