“The old JCC was THE meeting place in Vancouver for all the Jews young and old until the new JCC was built.... We all grew up there and loved it.” - Dorothy Grad

Construction House, designed by architects Gardiner & Mercer, was built in 1928 as the first phase of the Jewish Community Centre. At that time, the Jewish community was relocating into Fairview from older homes in the 500–700 blocks of East Pender Street in Strathcona. After the Second World War, the community moved even further south along Oak Street, completing a synagogue and school and, at 41st, a new community centre.

A hub of Jewish Life in Vancouver
Vancouver’s first Jewish Community Centre of Greater Vancouver (JCCGV) at 2675 Oak Street (now the BC Lung Association Building) was an exciting hub of Jewish life in Vancouver. A centre for Jewish community affairs, recreation, education, and socialization, the meeting rooms, athletic facilities, Sunday school classes, socials, and “simchas” (celebrations) held in the historic walls of the original JCCGV all contributed to a flourishing Jewish community in Vancouver for over three decades.

“The old JCC was the meeting place in Vancouver for all the Jews young and old until the new JCC was built,” says Dorothy Grad. “Congregation Beth Israel held Friday night services upstairs in the auditorium until they built their synagogue… Sundays the kids met at the JCC for AZA and Young Judea meetings… It was an interesting hub for the community. We all grew up there and loved it.”

Built on the instigation and financial support of Samuel Lodge B’nai Brith, Vancouver’s first JCCGV – a substantial stone and masonry building designed by Gardiner & Mercer – was planned and built under considerable financial difficulty at the beginning of the Great Depression. Construction was completed in the fall of 1928. A gymnasium and 600-seat theatre were also planned but never built due to the Depression. During WWII, under the auspices of the Hadassah-WIZO chapter of Vancouver, the Jewish Community Centre was transformed into a Canadian Red Cross blood drive centre – further continuing its mandate to be a community focal point, and source of pride for the community until JCCGV operations closed there in 1960.

Vancouver’s Jewish Community: A Geographical History
The Jewish community’s early centre was located in the 500-700 blocks of East Pender in Strathcona. The earlier Schara Tzedeck synagogue at the southeast corner of Heatley and Pender, near the Nellie Yip Quong House, survives today as condominiums; Jews first worshipped in a converted house at 514 Heatley Street nearby. The Neighbourhood House at 800 Jackson Avenue run by National Council of Jewish Women served as a predecessor to the Jewish Community Centre. National Council provided many services, including language training and job placement for new arrivals, and the highly renowned Well Baby Clinic, which helped new and expectant mothers learn how to care for their infants.

On April 25, 2012, we celebrated the site of the original Jewish Community Centre with our hosts, the BC Lung Association. Many people who remember the building well were able to attend, and share personal photos and stories. See facebook album.

Visit Letters of Love and Laughter  an online exhibition by the Jewish Museum and Archives of British Columbia. A series of love letters written between Ann Goldberg, executive secretary of the Jewish Community Centre at 2675 Oak Street, and Victoria- based military man Ralph Fromson chronicles their relationship through letters from 1931-33. 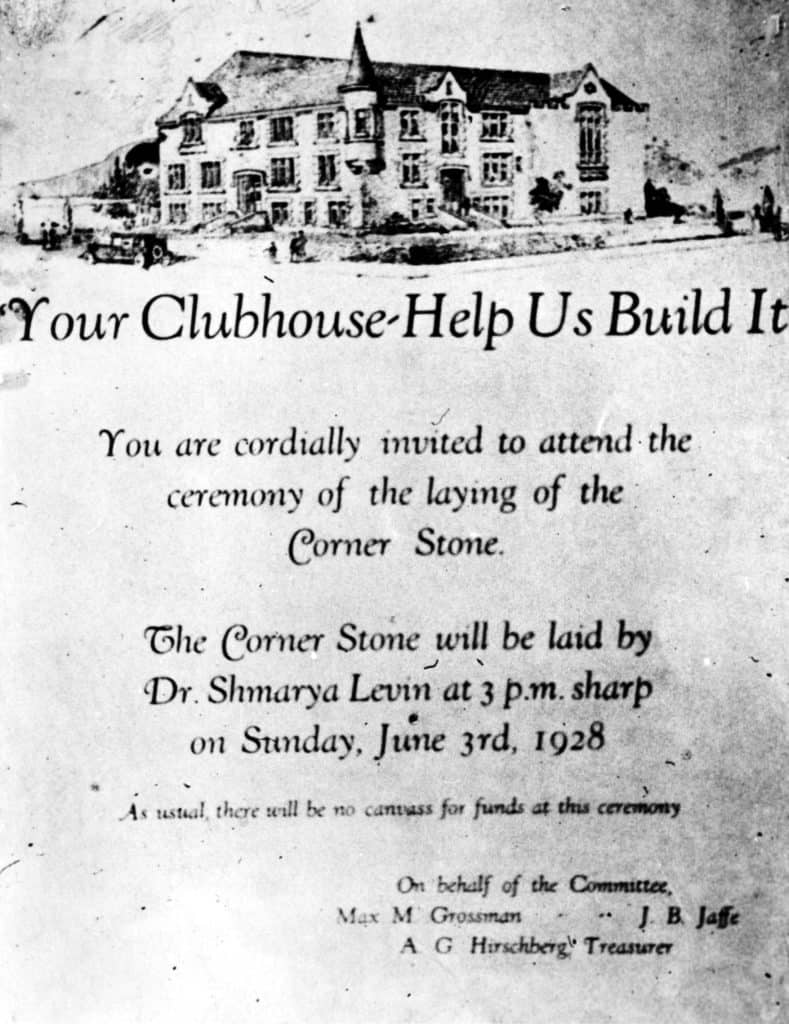 Invitation to the laying of the cornerstone for the first Jewish Community Centre, Vancouver, BC, 1928; Jewish Museum & Archives of BC; L.00061. 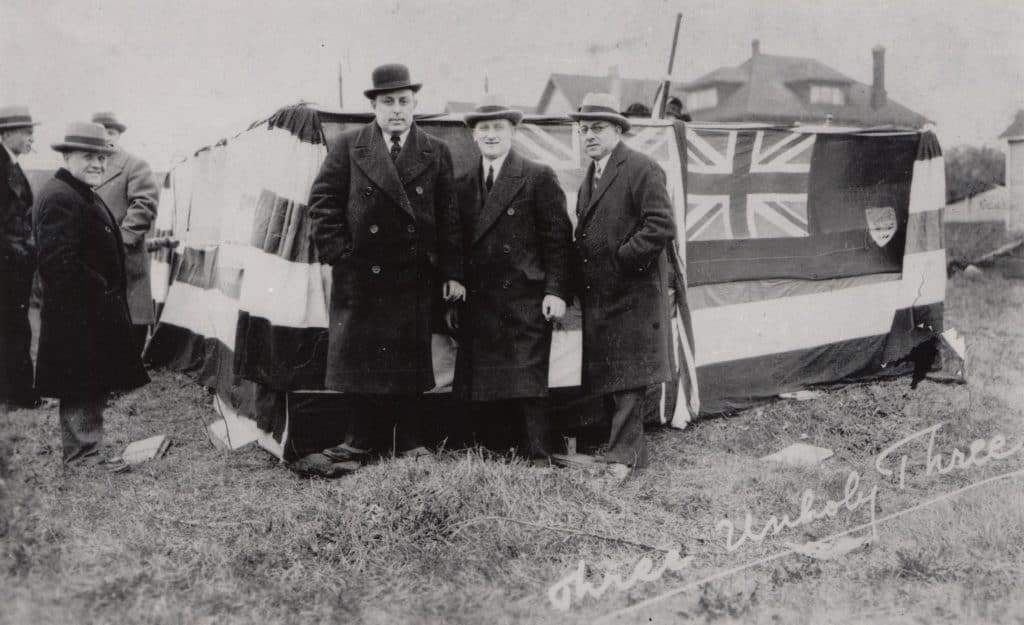 Turning of the first sod of the Jewish Community Centre in Vancouver, BC, 1927; Collection: Jewish Western Bulletin fonds; Jewish Museum & Archives of BC; L.13799. 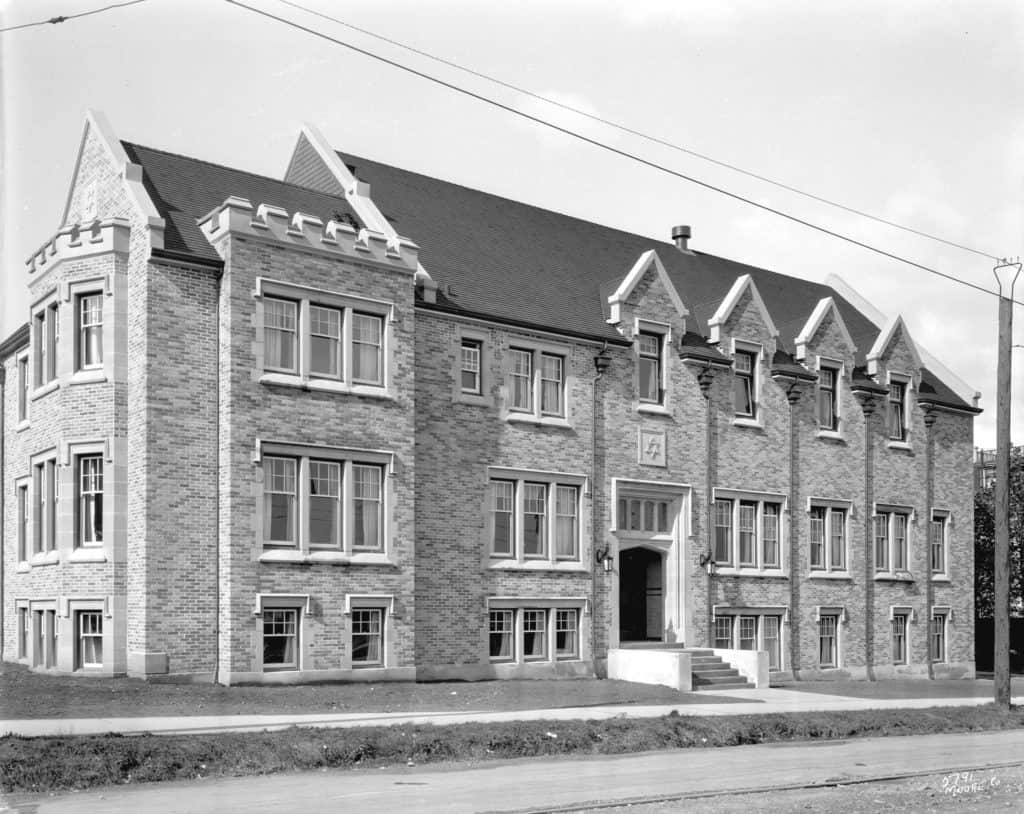 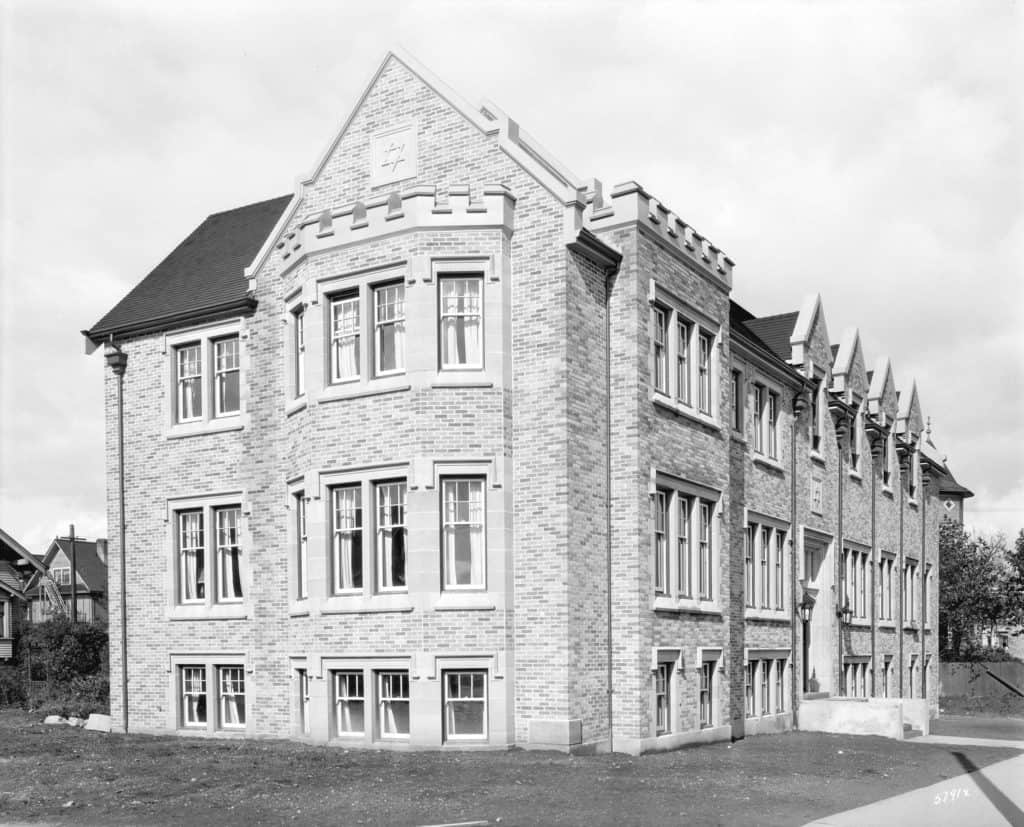 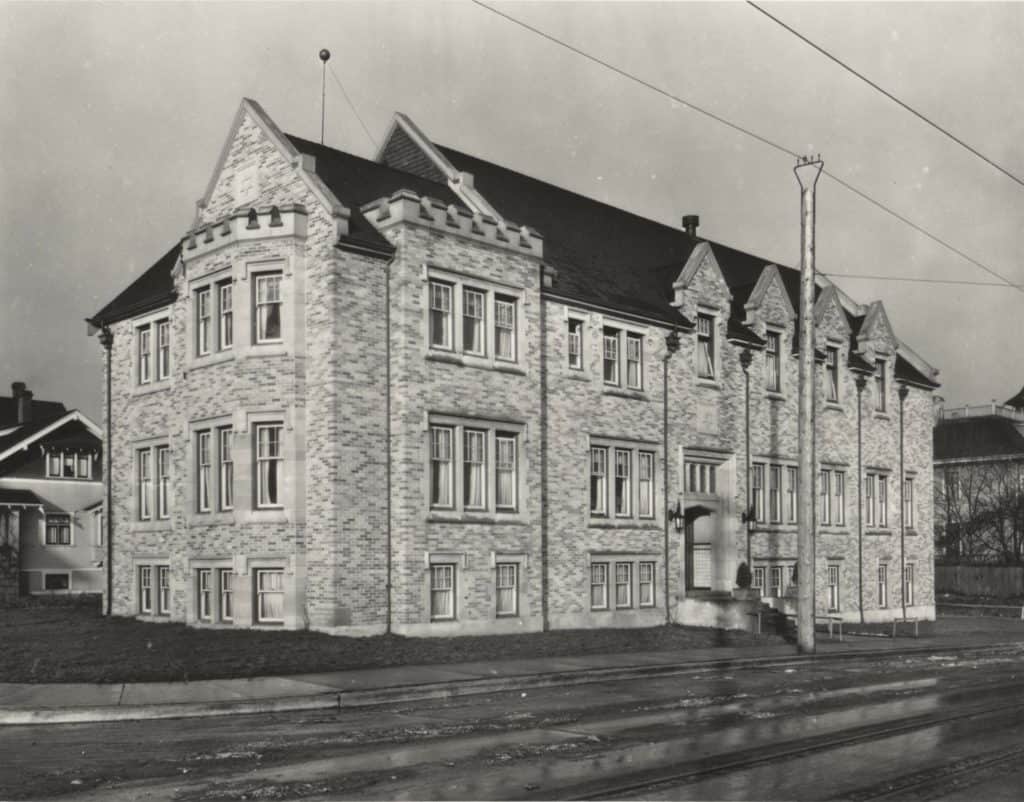 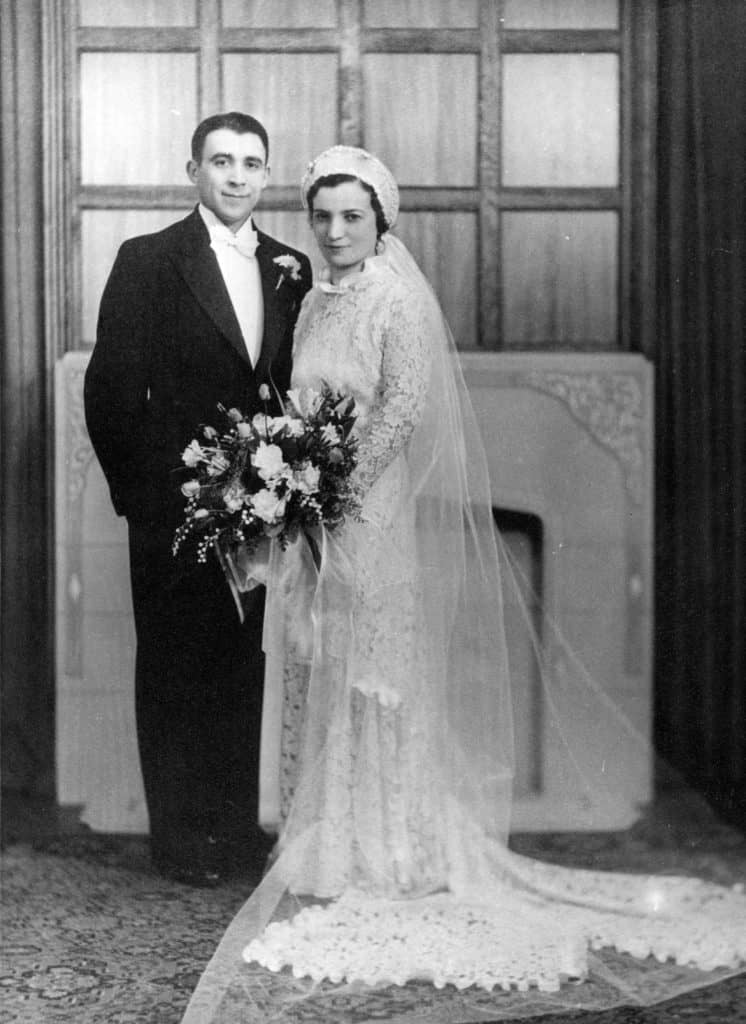 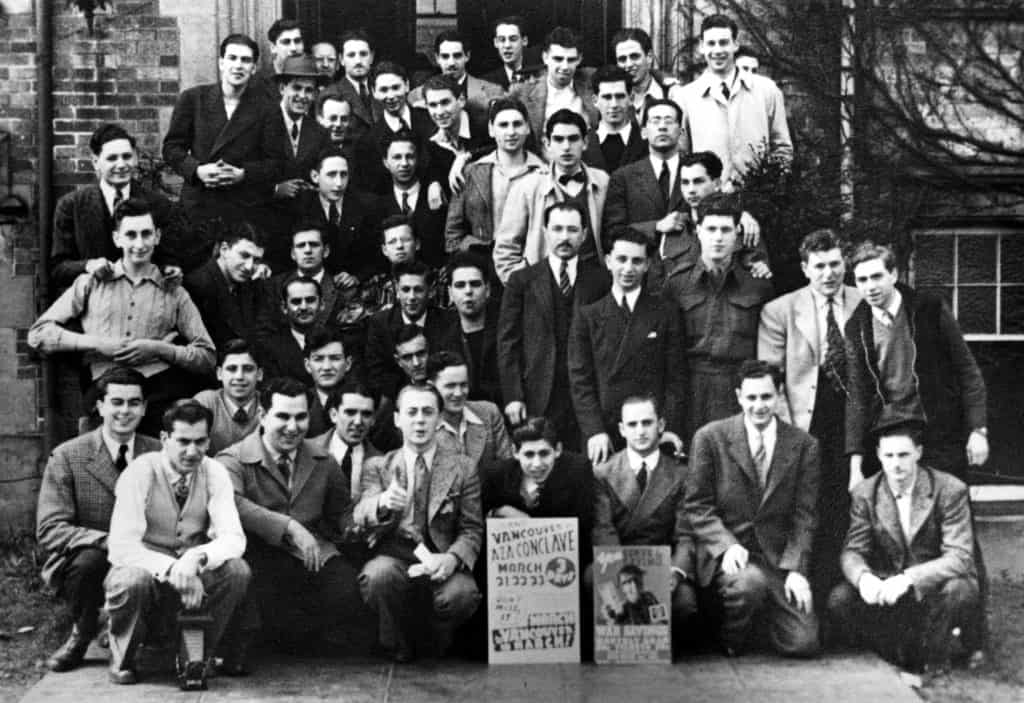 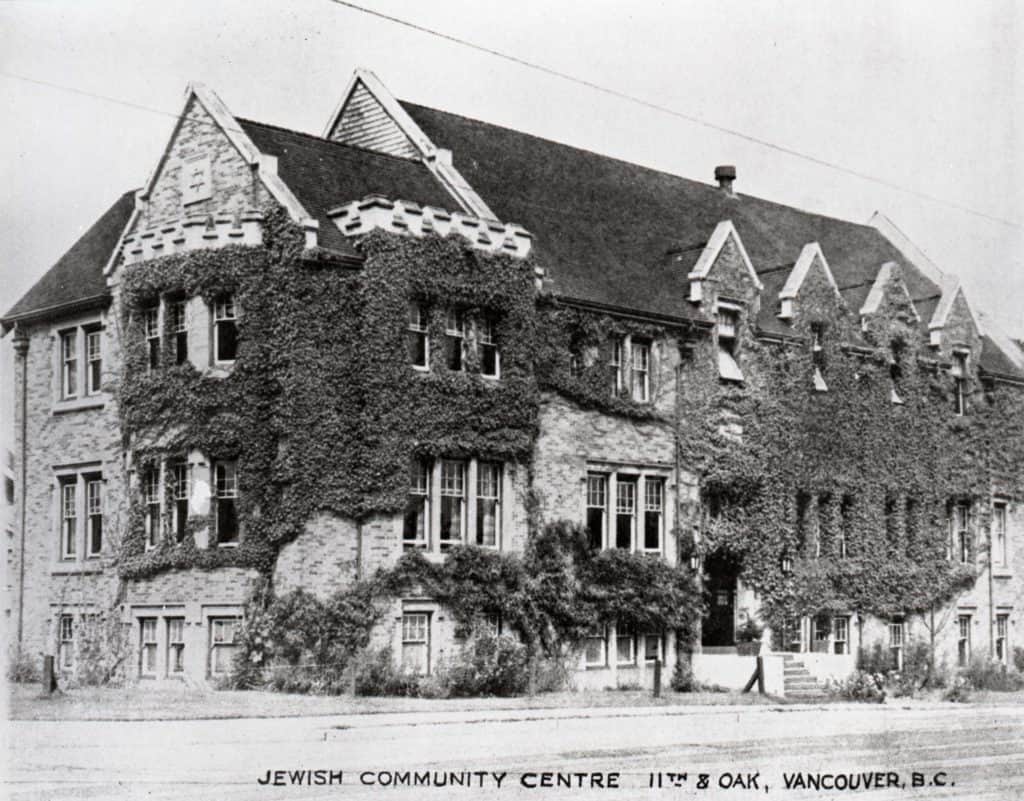 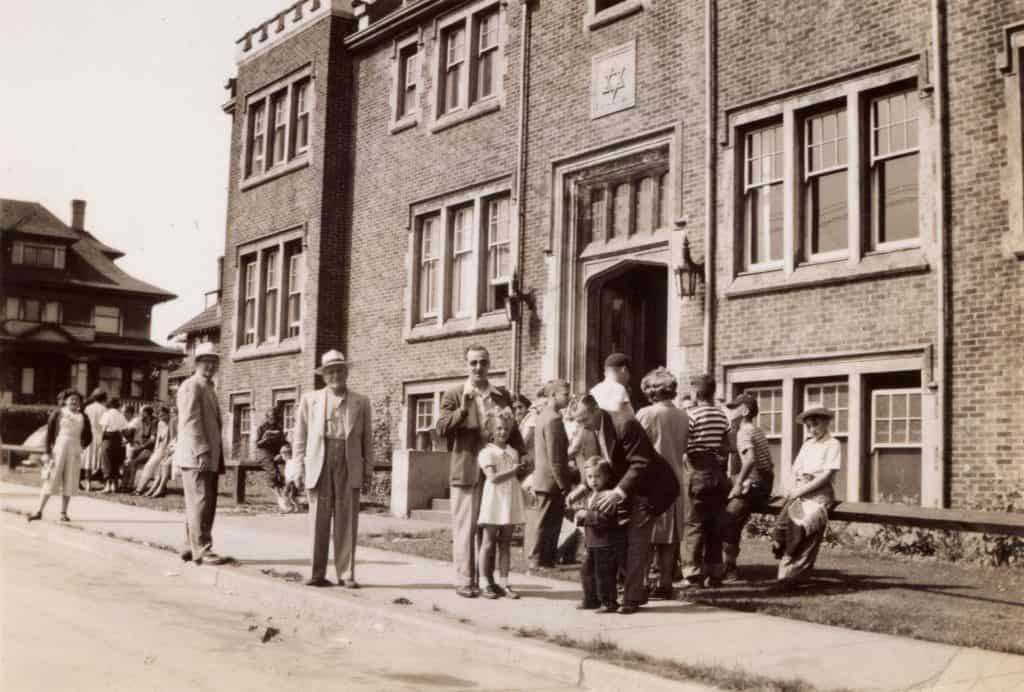 Unidentified group in front of the Jewish Community Centre of Greater Vancouver, Vancouver, BC, [ca. 1945]; Jewish Museum & Archives of BC; L.16223. 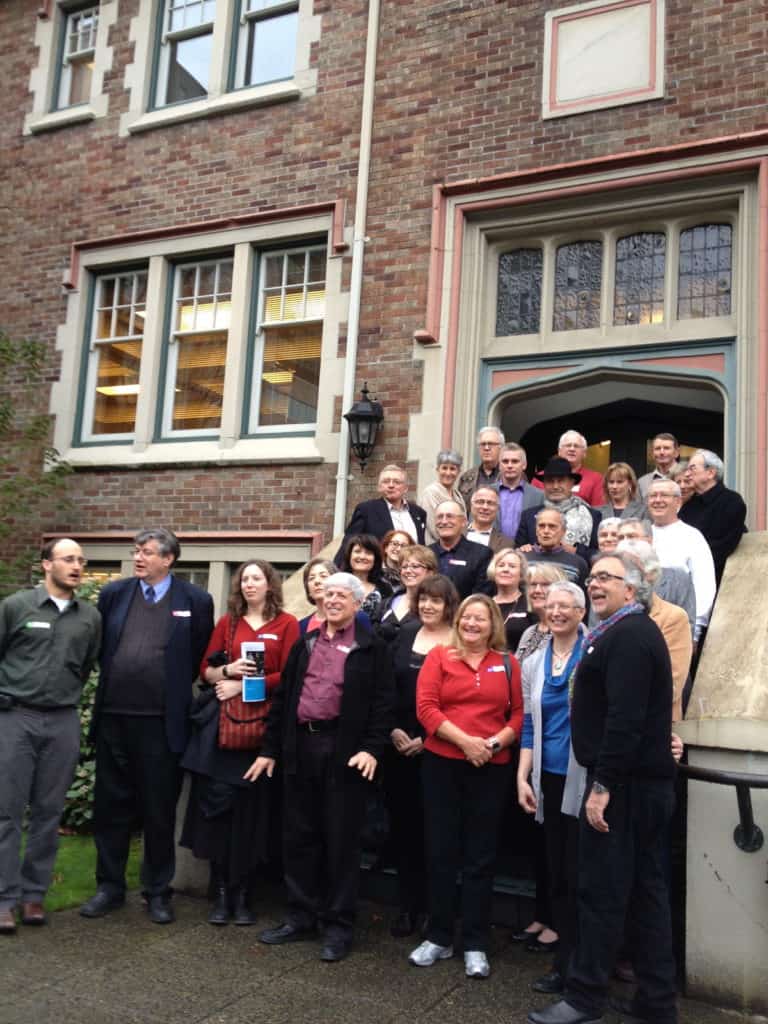 The Places That Matter Plaque presentation in April 2012. 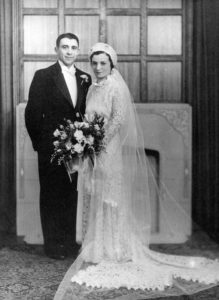 Not only were my parents [Esther Nemetz and Ben Dayson] married there on Wed Feb 26, 1926, on the second floor, Mother said their wedding was the first one to be held there. With 350 people in attendance a procession walked from their family home on 11th & Hemlock. The Rev. M.N. Pastinsky officiated with Rabbi J. L. Zlotnik. Mother brought in her lace gown from New York.

I remember when we first moved to Vancouver in 1947 this was the place for young people to hang out, often spilling out of the front steps of the building. Sundays were especially fun to be at the JCC. There were meetings of BBG and AZA - the youth organizations of the B’nai Brith as well as adult organization meetings. Sundays were a hive of activity at the JCC. Often the young people would walk up to Pal’s Cafe on the corner of 16th Ave and Oak for a snack. Pal’s was located where the DeDutch Cafe is now.

I have strong memories of the old JCC that mainly revolve around my experiences at the JCC Day Camp. In fact, while the building was kind of old and scary for a young person such as my six or seven year old self, Day Camp was nothing like that. I remember that we would be dropped off at the Centre in the morning and get on chartered buses to go to one of Vancouver’s many beaches or parks where we would spend the day. When we weren’t outside we were taking a tour of the Coca Cola plant, or Dad’s Cookies where we were always sent home with a bottle of pop or a box of chocolate covered cookies. I remember that the counselors were always nice, the weather was always beautiful and we always had fun.

In the late 1950’s, my parents and many of their peers attended day camp at the old JCC. Counselors would take the kids swimming or to see the salmon spawning up in North Van, or other fun field trips. My dad tells me a highlight was going to the Coca-Cola bottling plant. They still sometimes sing the chant they learned back then: “Ai yi yi yike-us, nobody like us! We are the kids from centre day camp. Always a win and always a grin and always a-having fun!”


Contributed by Michael Schwartz, Director of Community Engagement at the Jewish Museum and Archives of BC

Plaque is located by the front door on Oak Street

Invitation to the laying of the cornerstone for the first Jewish Community Centre, Vancouver, BC, 1928; Jewish Museum & Archives of BC; L.00061.

Turning of the first sod of the Jewish Community Centre in Vancouver, BC, 1927; Collection: Jewish Western Bulletin fonds; Jewish Museum & Archives of BC; L.13799.

Unidentified group in front of the Jewish Community Centre of Greater Vancouver, Vancouver, BC, [ca. 1945]; Jewish Museum & Archives of BC; L.16223.

The Places That Matter Plaque presentation in April 2012.