"On a sunny or a rainy day, a walk around Kensington Park is invigorating. Sports fields open up to views of the misty blue North Shore mountains, and the colourful community centre is always humming with activity. In July 2010 a new skatepark opened at Kensington Park. It includes a retro-style bowl that mimic an empty swimming pool as well as rails, ledges and banks." - Vancouver Park Board.

Kensington Park and surrounding streets drop dramatically from the top of the ridge at 37th Avenue offering an amazing vista over the city, from Cedar Cottage, Mount Pleasant, and Strathcona, to the bright orange cranes of the container ports and the forest of residential and office towers downtown. The mountains seem to loom larger here than anywhere else in the city. The vista is acknowledged in “Gates” a sculpture by Douglas Senft unveiled for the city’s 100th birthday.

The Park and Community Centre
Positioned on the second-highest hilltop in the city, Kensington Park is held in high esteem for its views of the North Shore mountains and steep hills that make good sledding runs after a snowfall. Located at Knight Street and East 37th Avenue, Kensington Park Community Centre was opened in 1980 and includes a fitness centre, preschool, pottery studio, gymnasium, dance studio, meeting rooms and a leisure swimming pool.

Gates at Kensington Park
In 1986, sculptor Douglas Senft created Gates At Kensington Park – a steel silhouette of the mountain skyline with the city buildings superimposed on it. It was created for Vancouver’s centennial sculpture symposium.

Kensington Skate Park
In July 2010, a new skatepark opened at Kensington Park. It includes a retro-style bowl that mimics an empty swimming pool as well as rails, ledges and banks. “This is a world-class destination,” Wee Wong told the Georgia Straight in 2011, adding that it was one of the top three destinations for skaters in Metro Vancouver. “It’s a small park but it has everything you’d want in a pool-style design, including a ‘death box’ [a replica pool filter] that’s fun to grind over, but you have to be careful not to get your trucks hung up on it, or you’ll go flying into the deep end.” 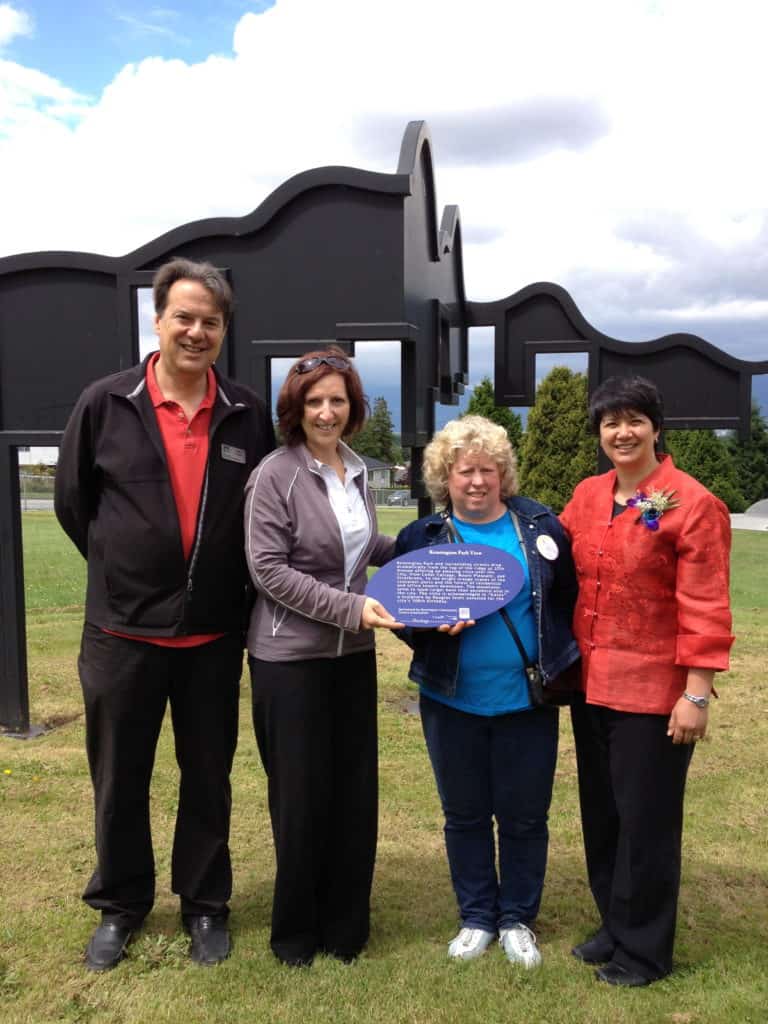 The Places That Matter plaque presentation in June 2012. 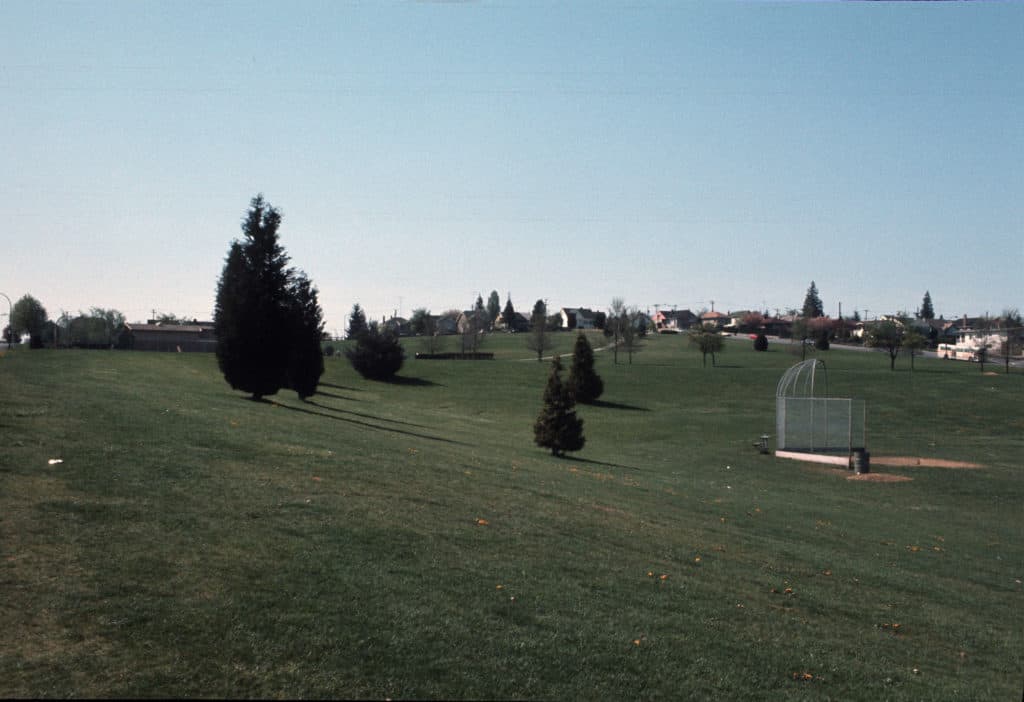 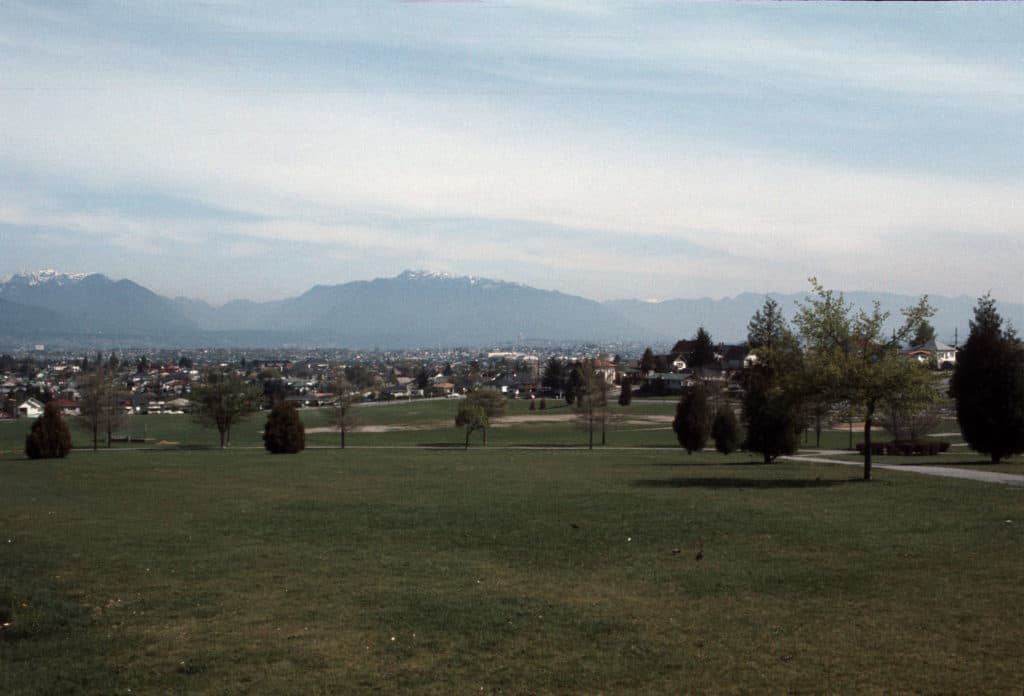 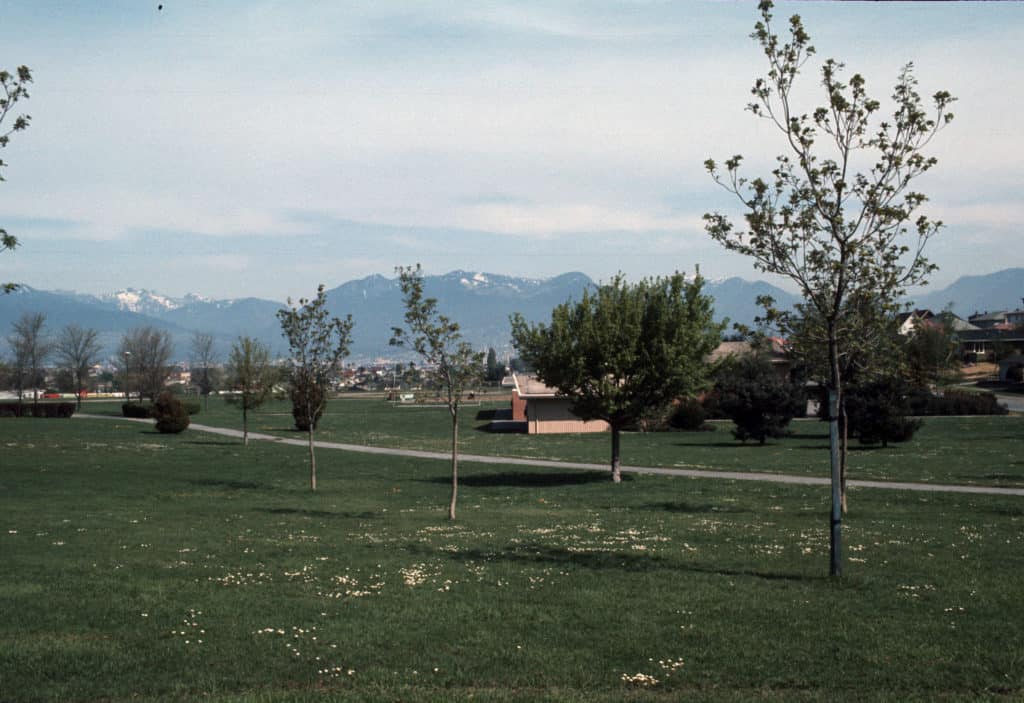 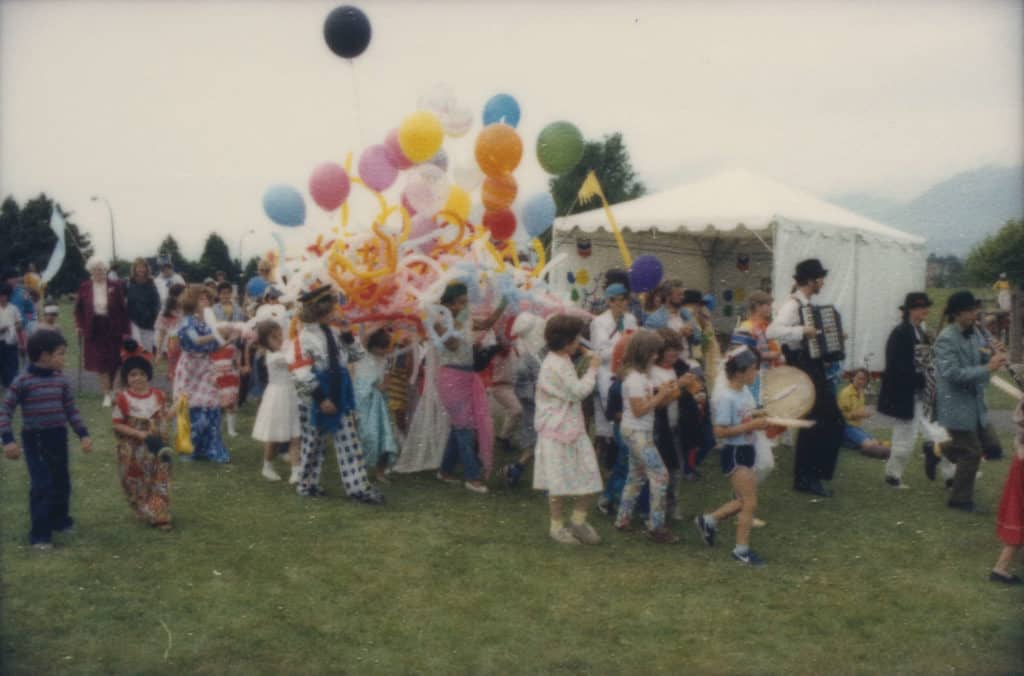 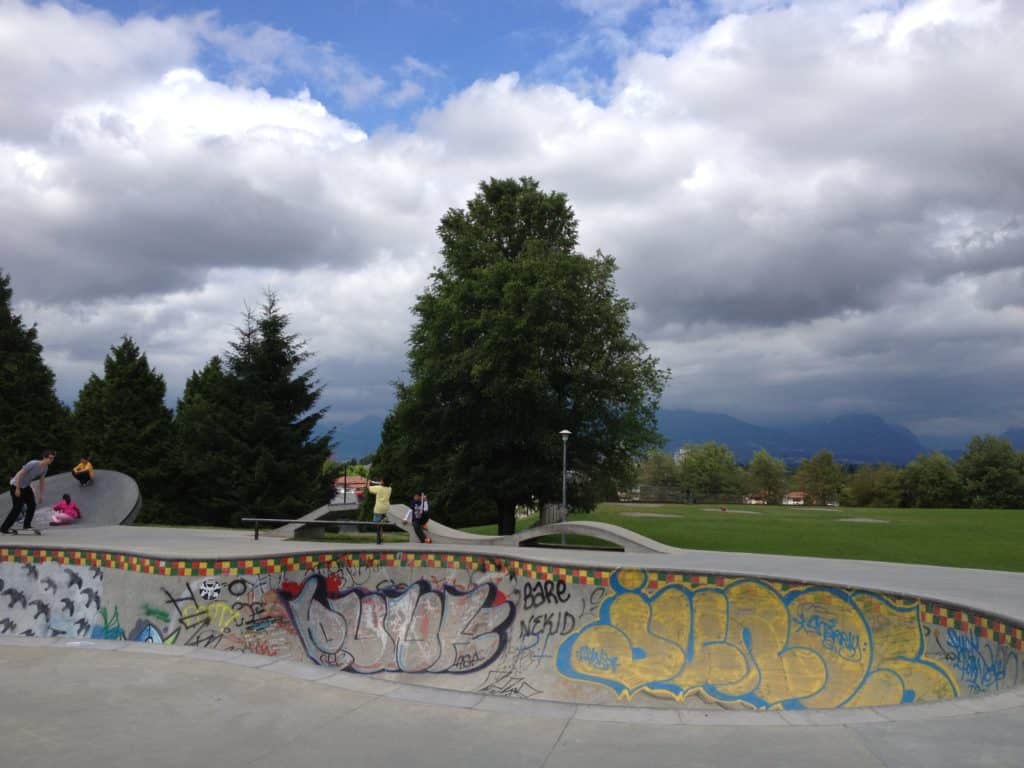 The skate park was opened in 2010 and has become one of the top destinations for skaters in Metro Vancouver. 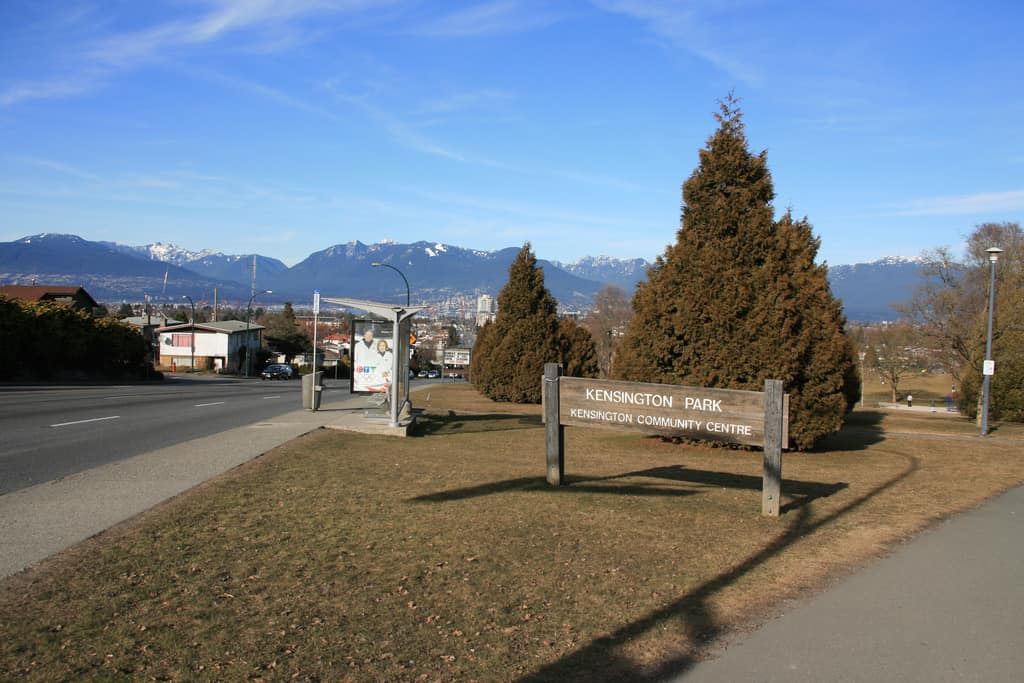 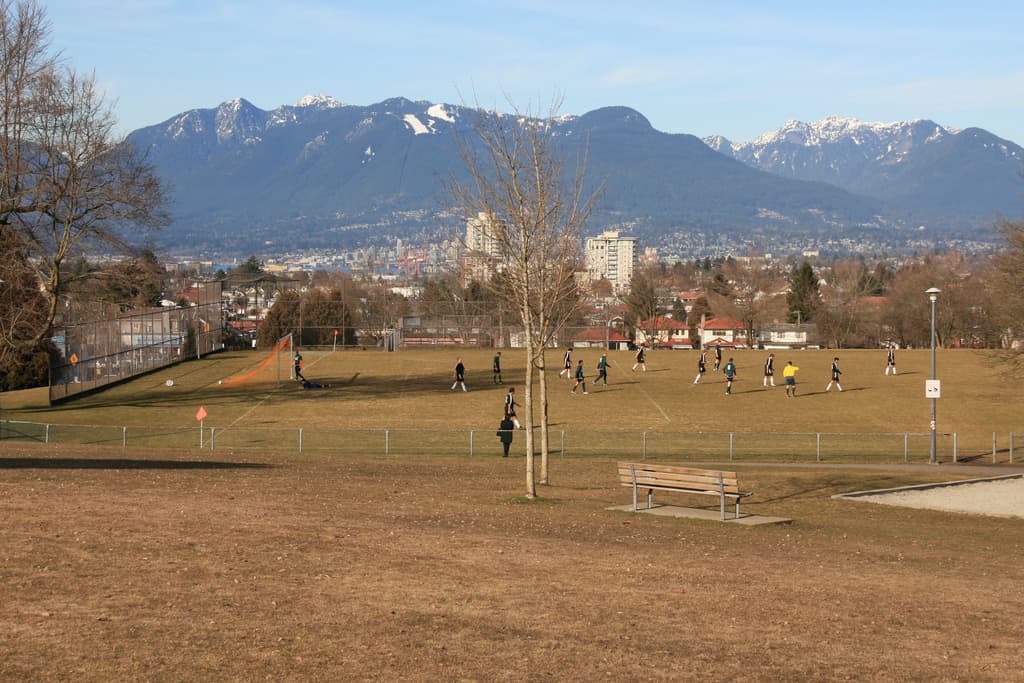 "Kensington Park was the earliest park that I had memories of prior to moving to Surrey from Vancouver. [...] This park is where I learned how to ride a bike. [It] was also where I would meet up with my good friend, Bryan. We were young and shy, our parents hooked us up with a ball in the grass fields. We were such good friends that each day of summer break we would head to this park just to play with each other after dinner. During summer, I would attend the grass fields with friends to play sports such as Ultimate or tennis. Nowadays, I pass through the park during evening walks. The sight at Kensington gives you a great motivation to run around the park. The view gives you energy with each step you take."

The Places That Matter plaque presentation in June 2012.

The skate park was opened in 2010 and has become one of the top destinations for skaters in Metro Vancouver.