"... My next door neighbour, 18 years older than I, we would get together and reminisce about old South Vancouver where we both lived in the late '30s for her and the early '40s for me. How things have changed. But we both loved living there, going to J.W. Sexsmith School, life was so different. I remember assemblies in the central staircases when Newfoundland joined Canada (1949), again when King George passed away, and when Prince Philip and Princess Elizabeth came for a visit before she became Queen! Princess Elizabeth planted a tree at what was then Little Mountain, now Queen Elizabeth park... A friend from Sexsmith School presented the then Princess Elizabeth with a special shovel to plant the tree. " (Former student)

A wood-framed two-room school was built here in 1912 and named for Richmond farmer, John Wesley Sexsmith (1830 – 1920). He founded the first school district in the settlement that became part of Richmond and South Vancouver. In 1913, a larger brick school was built and the original school became known as the Annex. Sexsmith School was home to the first Hot Lunch program (1932) and the first female vice-principal (1952) in Vancouver. In 1974, as enrollment began to decline, the school was granted its request to become a community school. The school-based community office worked with new immigrants and engaged alumni, volunteers and retired staff to assist with lunch programs and community events. In 2013, on the 100th anniversary of the main building, a new Sexsmith School opened. Alumni and community groups hoped to re-purpose the original buildings but both were demolished in 2016. Sexsmith School continues to be known as "a school with a sense of history" today.

This plaque is supported by Sexsmith Alumni and Friends

Settlement of the area by Europeans began in the 1860s but it was not until 1892 that the District of South Vancouver incorporated.  At that time, South Vancouver extended south of 16th Avenue, from Boundary Road to the western reaches of Point Grey. The area around Sexsmith was rural, with some settlements and small village centres developing near the shore of the Fraser River on the southern ends of what are now Main and Fraser streets.

The first road to open in the area was Marine Drive, then called River Avenue, in the early 1900s just six blocks South of where the school would stand spurring more development in the area. Main and Fraser streets followed in the 1910s.

Education in the Vancouver Area

Formal education in Vancouver began in 1872 when the newly official province of British Columbia passed the Public Schools Act, creating a provincial school board.  The small wood-frame school building at Hastings Mill was the first school built in the Vancouver area, which was overseen by the schoolboard.  As the population of Vancouver and its surrounding areas grew, several other small wood-frame schools were built to accommodate the increasing number of students.  With the population boom of the 1880s-1910s, the need for more schools continued to grow, especially in the rapidly developing South Vancouver area.

John Wesley Sexsmith (1830-1920), who J. W. Sexsmith Elementary takes its name from, was born in Richmond, Ontario and worked in the lumbering business, as a merchant, and owned a cheese factory.  In 1876, he and his family moved to the west coast, settling in what is now Richmond.  Soon after, Sexsmith expanded his land holdings in the area and built a new cheese factory, and also later owned a salmon cannery and was a major shareholder in a flourmill.  Sexsmith was a true community leader, and spearheaded initiatives such as organizing the area of Richmond into a municipality, and creating a boat service on the Fraser River and building the first bridges connecting the Richmond area and Marpole to help solved transportation issues. From 1887-1892 he served as mayor of Richmond.

Sexsmith was interested in education and was eager to establish a school for his and other children in the area.  Familiar with the Ontario public school system, he coordinated funding from the BC government to found the first school in South Vancouver.

J. H. Bowman, who designed several other Vancouver public schools in the 1910s, is responsible for the first building for J. W. Sexsmith Elementary, which was a two room wood-frame structure, painted yellow and white, and featuring a hipped roof and bellcast eaves.  With construction completed in 1912, the school opened to welcome two classes of elementary students. Overlooking the Fraser River and surrounded by dense forest, it was the first rural school in South Vancouver.  Directly north of the school grounds was the C.P.R owned land that would become Langara Golf Course in 1926 as well as Langara College in 1970.  The property featured a deep gulley and students fished for trout in a stream and covered approximately 3.5 acres.

The two-room school became the “Annex” when, in 1913, a new red brick building, also designed by Bowman, was added to the school grounds.  This classical revival style building featured pilasters and a central triangular pediment, with two levels of classrooms on either side of a central entrance and stairway.  Bowman designed this building with public safety in mind with fireproofing and ventilation, as well with space on either side of the building for future expansions.

Designed by school board architect E. D. King, the north and south wings of J. W. Sexsmith Elementary were added in the 1950s, coinciding with the first baby-boomers reaching school age.  In 1951, the north wing was built, and included two classrooms as well as a lunchroom and gymnasium-auditorium.  In 1954, the south wing was completed, adding six classrooms to the school.  Both wings were reinforced concrete structures, the typical building material used for schools in Vancouver at this time.   One of the school’s most loved figures was Myrtle Batchelor, who in 1952 became the first female vice principal in the Vancouver school system, after teaching since 1919.

After the Second World War, immigration to Vancouver spiked, with more diverse populations moving into South Vancouver neighbourhoods such as Marpole, adding rich diversity to an area that had been settled by mostly those of European descent.

Throughout its history, Sexsmith elementary has had a dedicated parent-teacher association, and has been actively involved in the community.  The first hot lunch program in Vancouver, as well as a soup kitchen, was started at Sexsmith in 1932.

W. Sexsmith Elementary was designated a Community School in 1974, thanks to the efforts of the Parent-Teacher Association. A community office was opened in the basement of the school, and alumni, volunteers and retired staffed helped make programs possible. The Community School designation allowed the school to form a special relationship with the broader community and other community resources, and to offer after school programs to children, as well as programs for adults and seniors.  Programs at J. W. Sexsmith have been centred on English as a Second Language courses for all ages, to respond to the cultural diversity of the neighbourhood.  A variety of programs and supports continue to be available at J. W. Sexsmith and the success of this program can be seen in the way that students become more involved in the community, while families and community members are more engaged in education.

In 2004, J. W. Sexsmith Elementary was assessed for seismic upgrading and it was deemed a high-risk building.  With the cost to renovate higher than the cost to replace the school, the Vancouver School Board made the decision to build a new J. W. Sexsmith Elementary, which was opened in 2013, just over 100 years after the school first opened.  The new building includes a Neighbourhood Learning Centre, with space for after school care, a pre-school, music rooms, and office spaces, allowing the school to continue to have a strong connection with the community.

A community group, which includes alumni, wanted to purchase the old school buildings to transform them into community spaces and a seniors’ centre.  However, in February 2016 the original J. W. Sexsmith buildings were demolished.  The land that they stood on is now grass fields for school and community use.

The Marpole community has continued to be a culturally diverse area of Vancouver.  Today, over 50% of J. W. Sexsmith Elementary’ s students speak a language other than English at home, with many Asian cultures in particular represented in the school’s population.

A plaque presentation took place on Saturday, September 21st, 2019 with alumni, the current school principal, former students and members of the community. 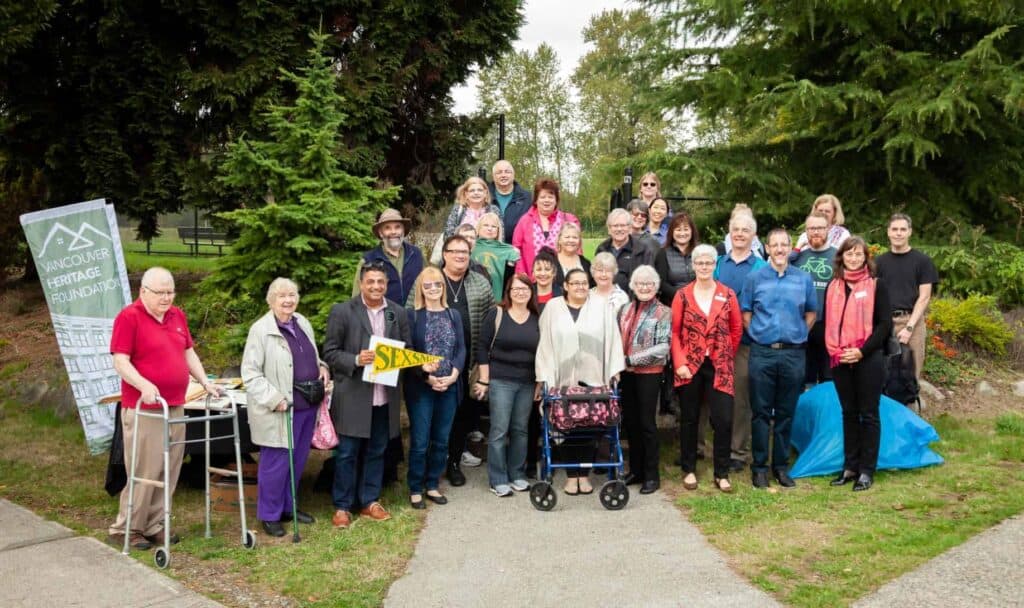 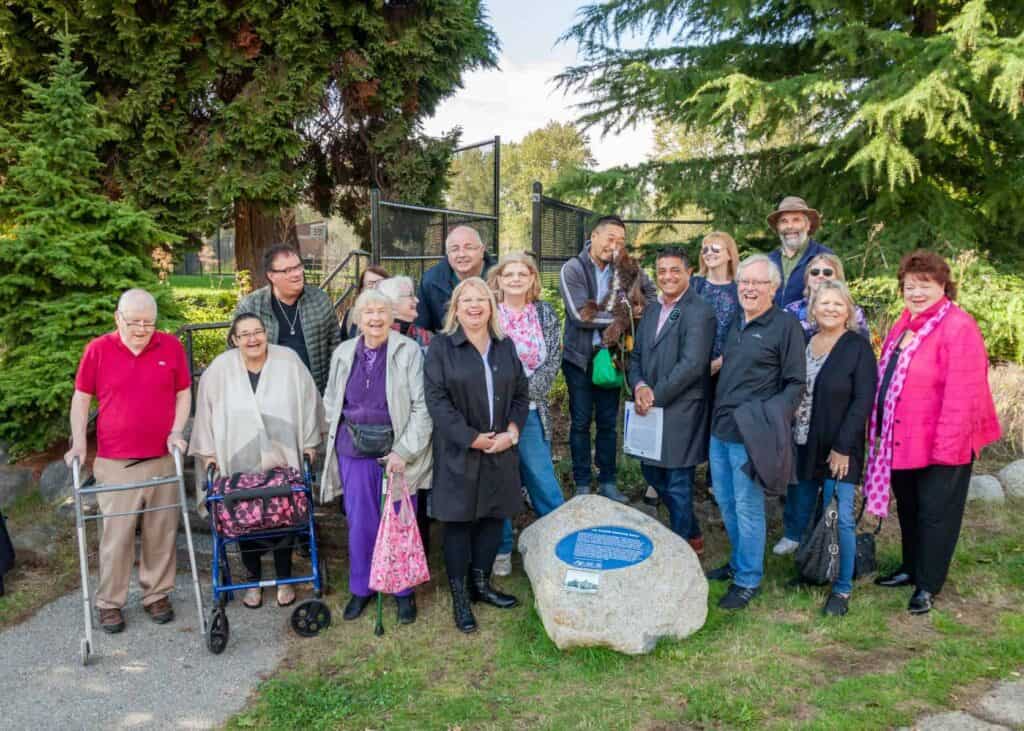 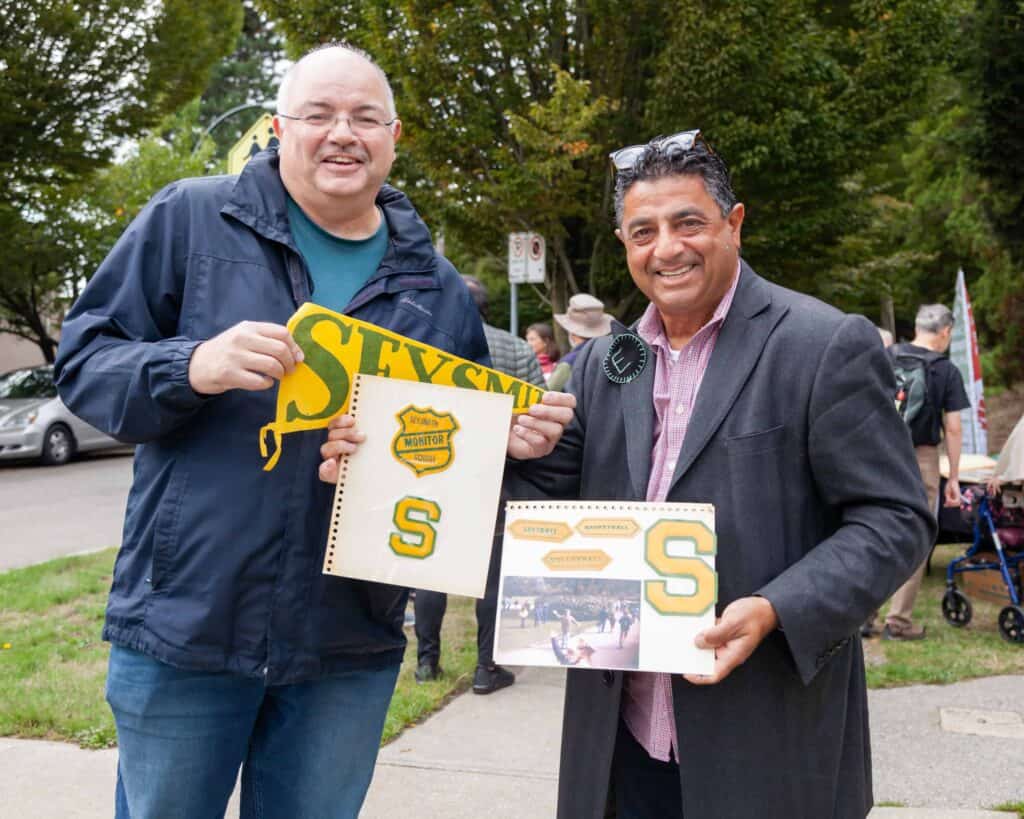 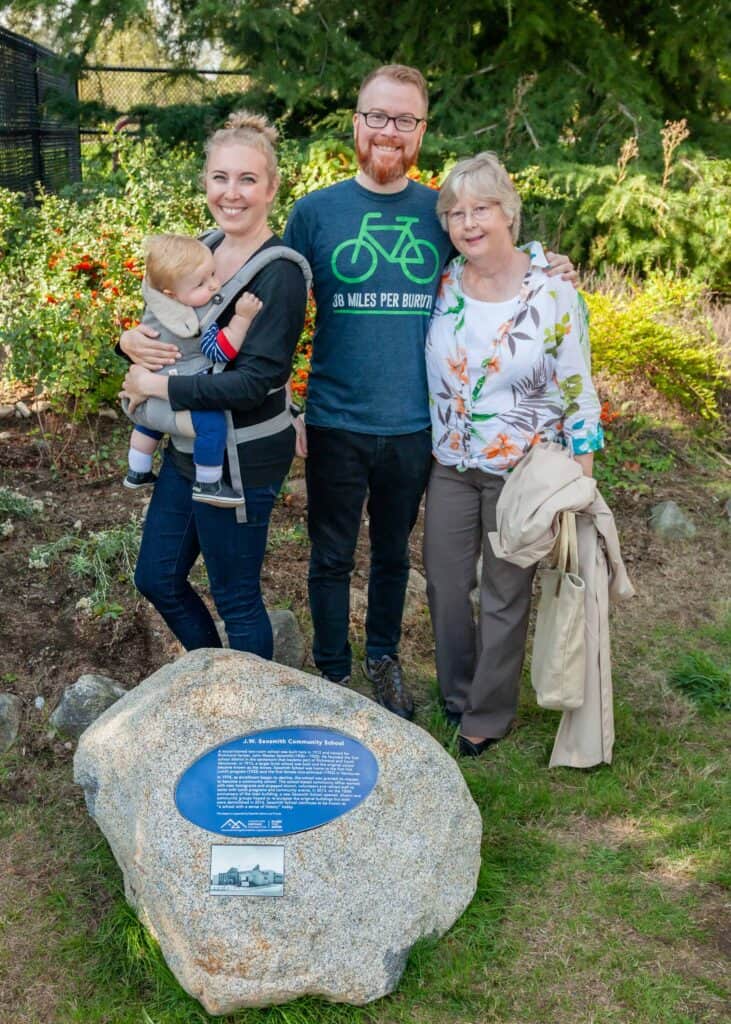 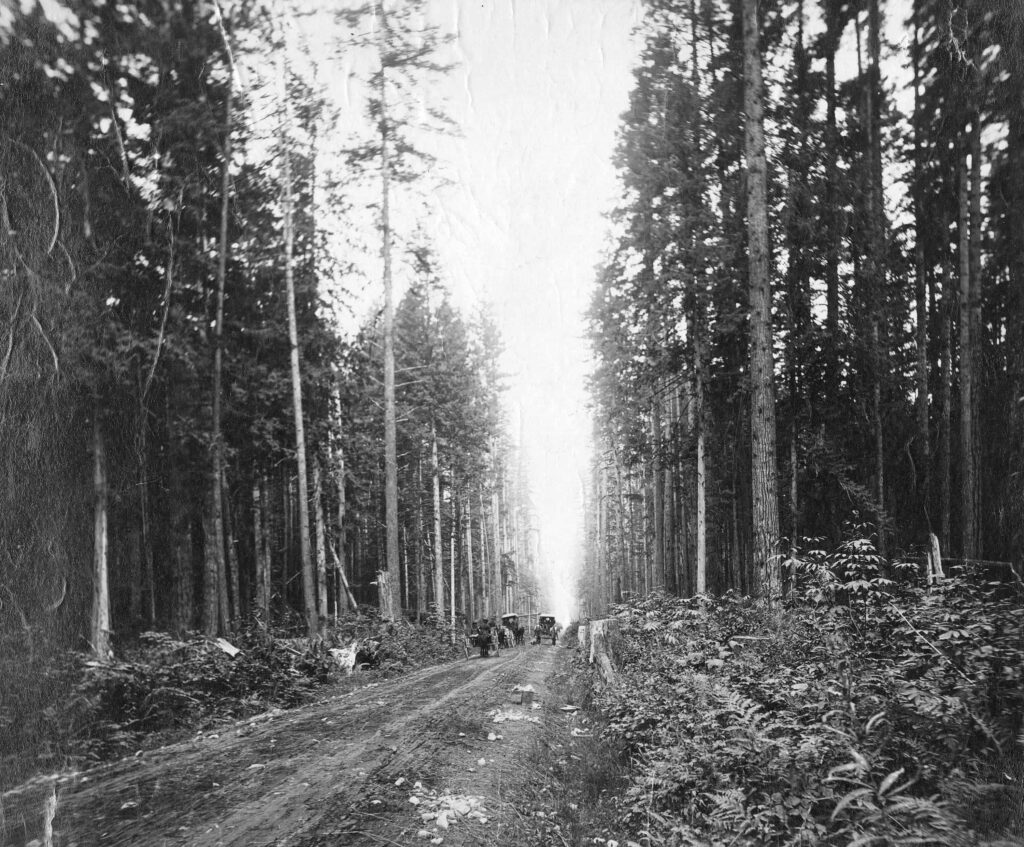 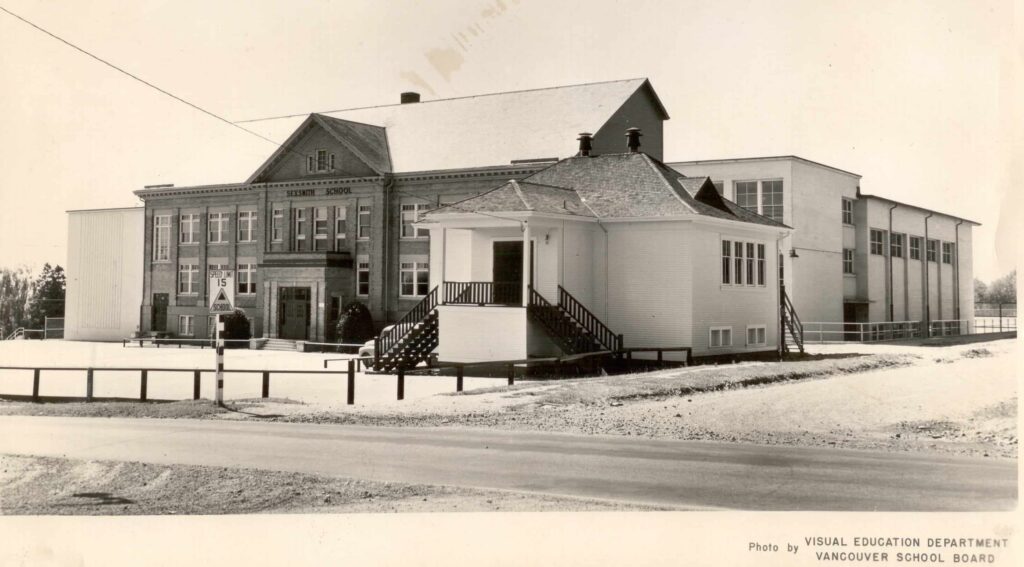 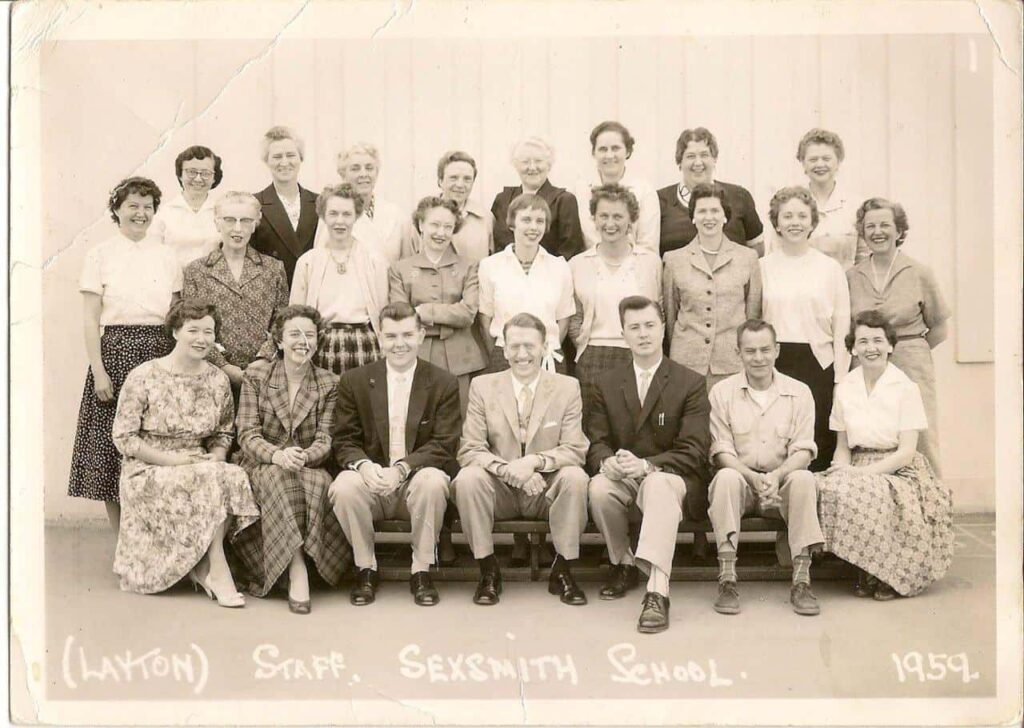 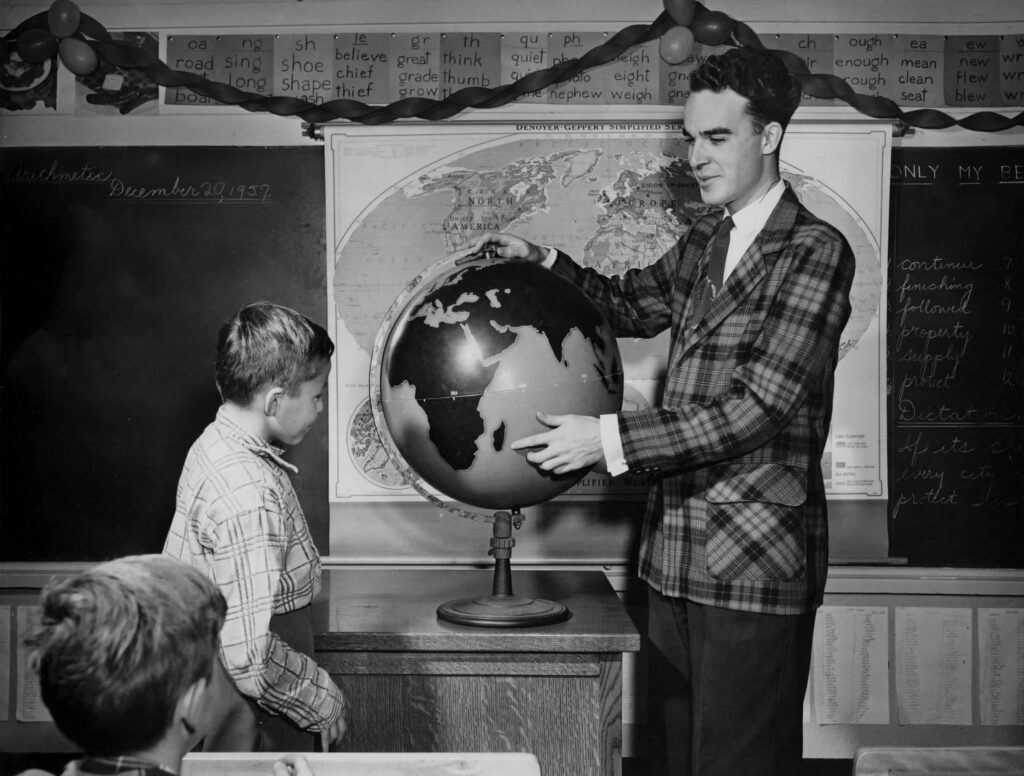 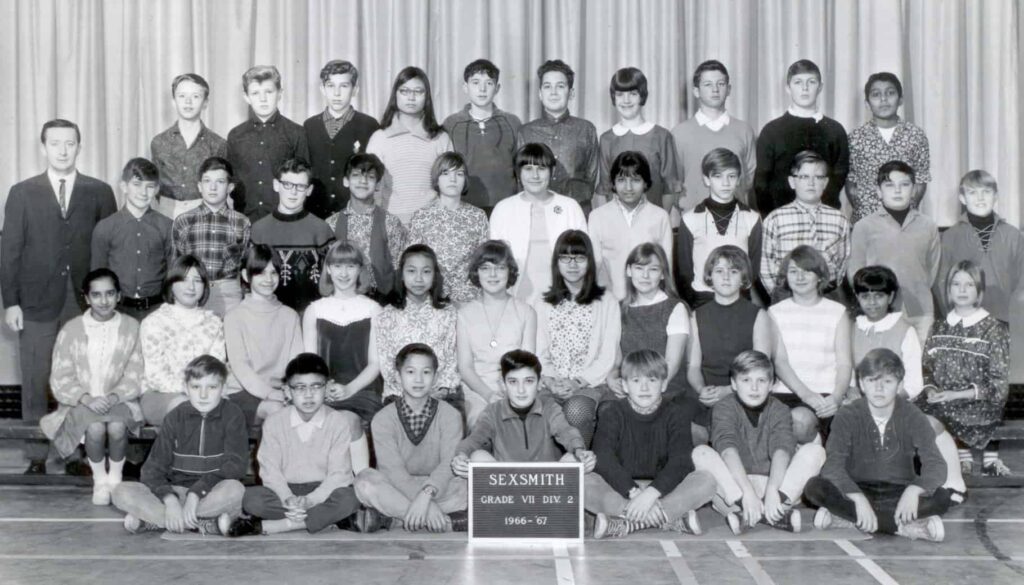 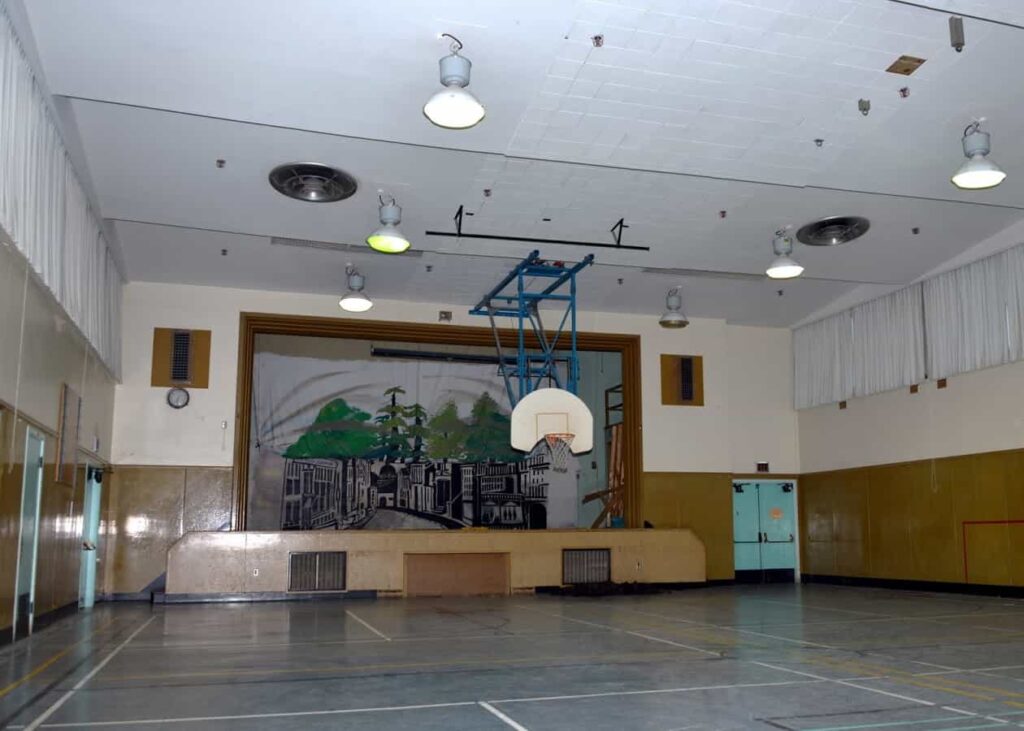 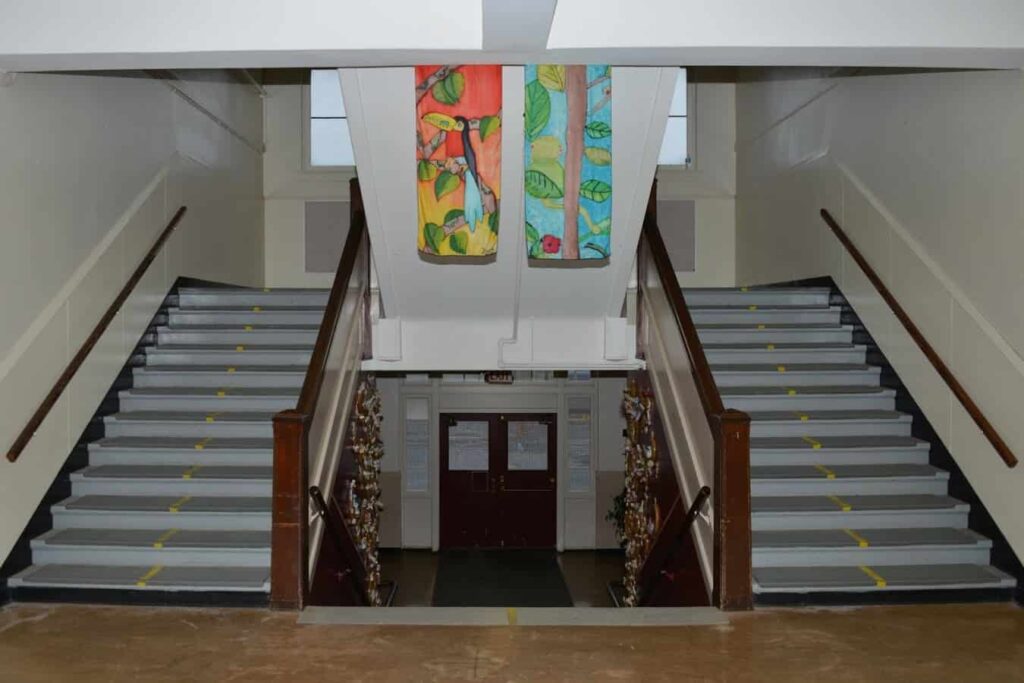 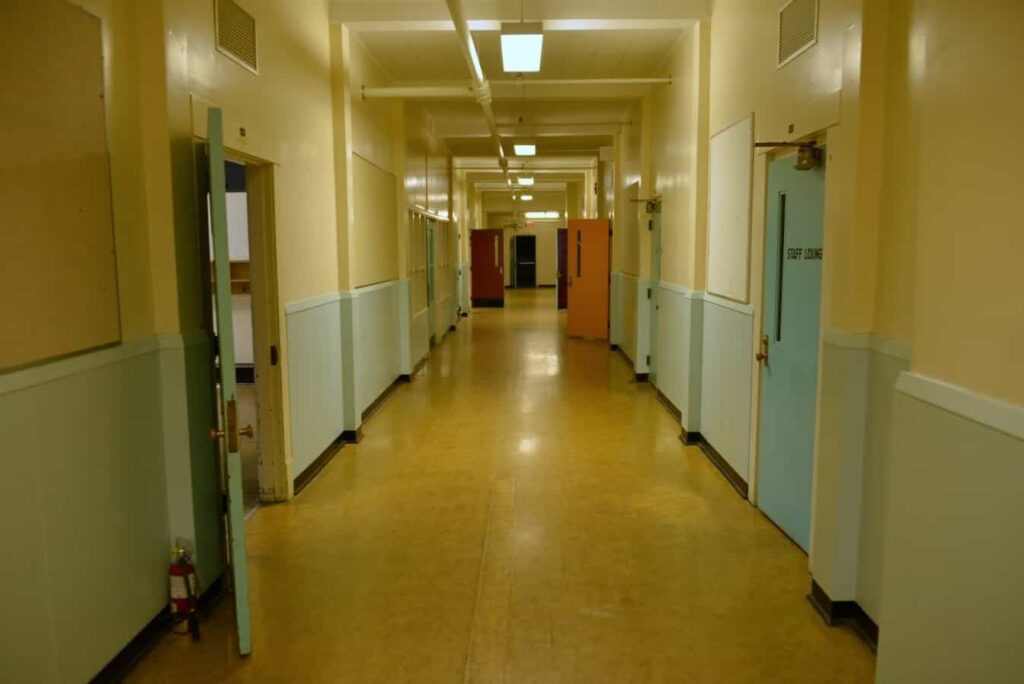 Plaque installed on a rock at 59th Ave and Ontario St

Original School has been replaced.