"I have met a number of seniors in Kensington Cottage that remember when the creek flowed through Gibby's field, and when many neighbourhood children used to play at Gibby's Field." - Dan Fass, the Kensington Cedar Cottage Neighbour.

Three city lots are all that remain of the 19 acres purchased by Irish-born Moses Gibson in 1893 for a dairy farm. Known locally as Gibby’s Field, this small patch of green contains the last remaining vestige of Gibson Creek, originating above Kensington Park at 37th Avenue and Knight Street as part of the China Creek watershed that fed into the eastern basin of False Creek. Gibson Creek provided water for the Cedar Cottage brewery, which was located around Kingsway and Knight, and local Chinese market gardens. Early residents recall a thriving waterway filled with salmon, trout, lamprey and stickleback. Gibby’s Field is a small but important reminder of the landscape before the area’s urban development in the 1910s.

Gibson Creek
Gibby’s field is the last undeveloped remnant of creek bed of the historical Gibson’s Creek, which was the longest creek in the 60km+ China Creek system (see China Creek Cycle Track). Gibson Creek originated south of Kensington Park, in the bogs around 41st Avenue and ran north, roughly parallel to Knight Street and then Clark Drive. Local residents recall a creek filled with salmon, trout, lamprey and stickleback. Where the creek crossed Kingsway at Knight, John Benson built his Cedar Cottage Brewery there in 1900 to take advantage of the creek’s waters. To the south east of Knight and Kingsway, Chinese market gardens took advantage of the good soils and the water provided by the creek.

Moses Gibsons
Born in Ireland, Moses Gibson came to Vancouver via Ontario in 1886 and ran the Queens Hotel in Gastown until 1893 when he purchased 19 acres in the Cedar Cottage area, including the three lots now known as Gibby’s field. His ‘ranch’ extended from Knight to Bella Vista between 18th and 20th Avenues. He had a herd of cows on the property and sold milk to local residents. Gibson helped to shape the new municipality of South Vancouver by serving on its first council and later as a trustee of the first school in 1894. Moses eventually lost most of his property due to the non payment of taxes. Gibby’s Field avoided development because of the unsuitable soil conditions. When Tyee Elementary to the south of Gibby’s Field was built in 1973 – on the high ground to avoid the creek bed – the open creek was covered by playing fields.

A Reminder of the Lost China Creek System
Gibby’s Field is a small but important reminder of the landscape before development that saw creeks and streams rerouted into culverts to become part of the city’s storm sewer system. At the top of the hill at 20th and Dumfries you can still hear rushing water at a manhole cover in the road. 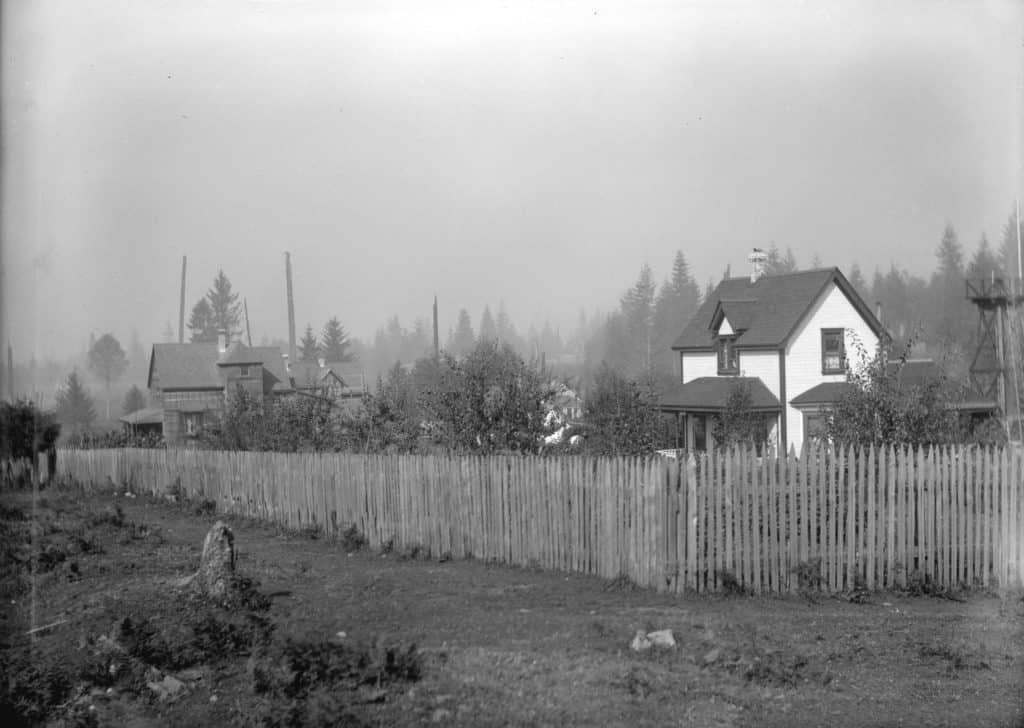 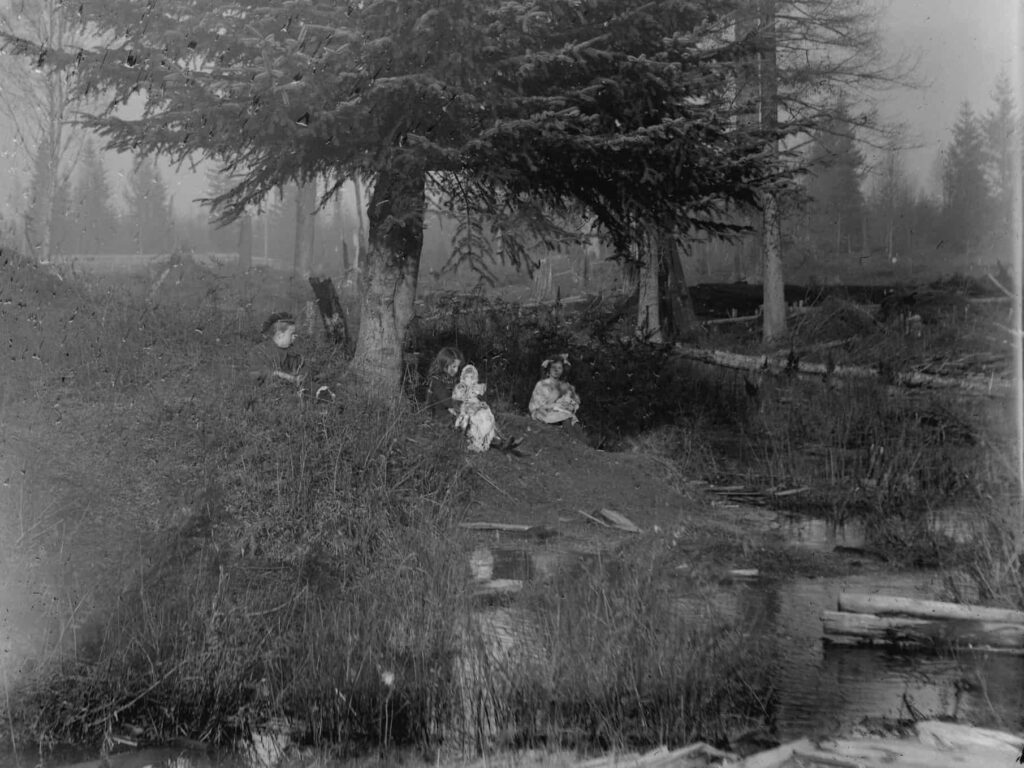 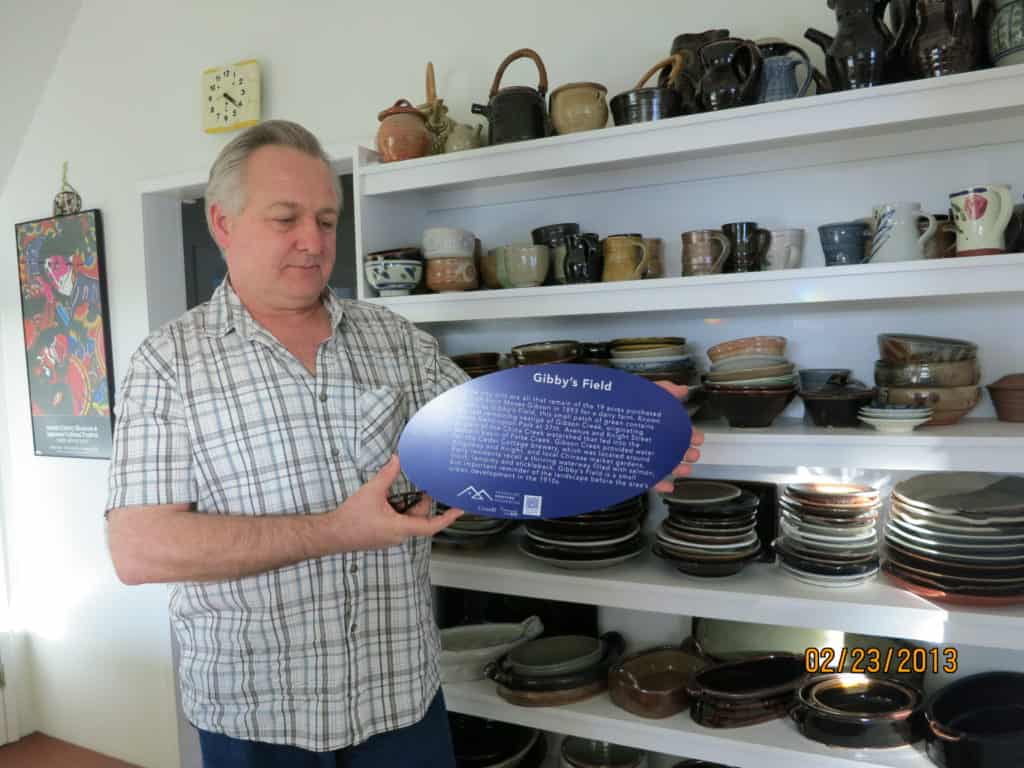 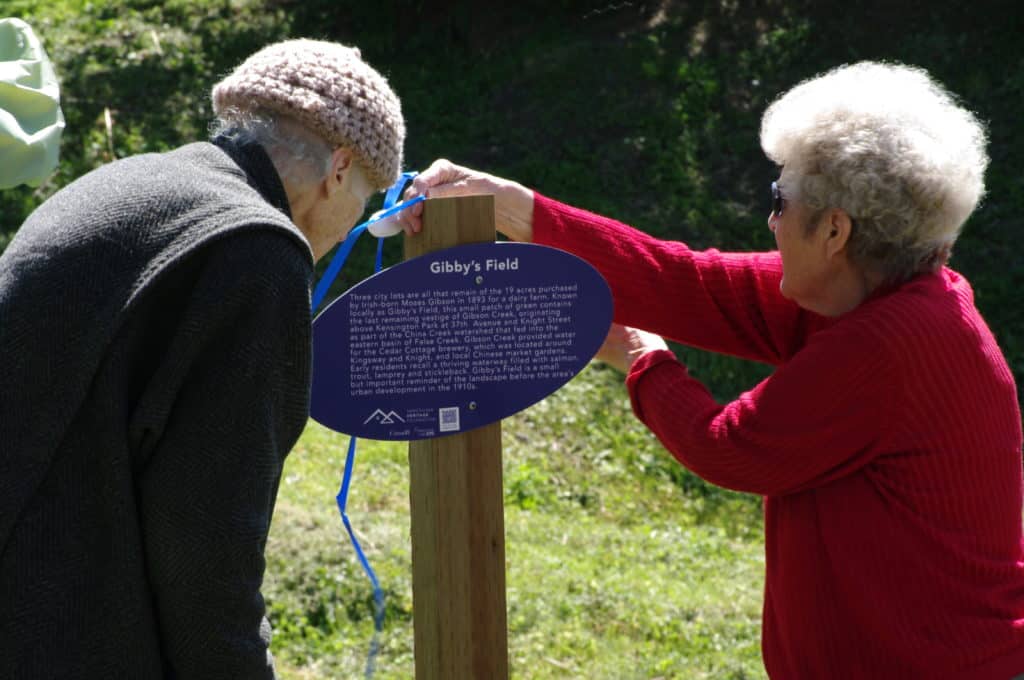 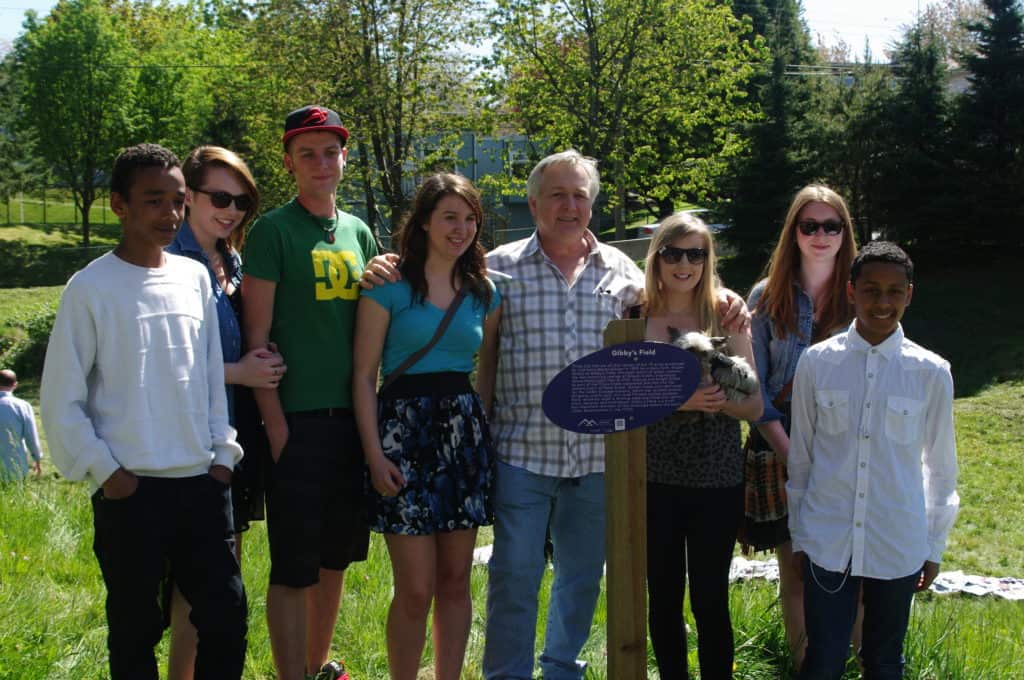 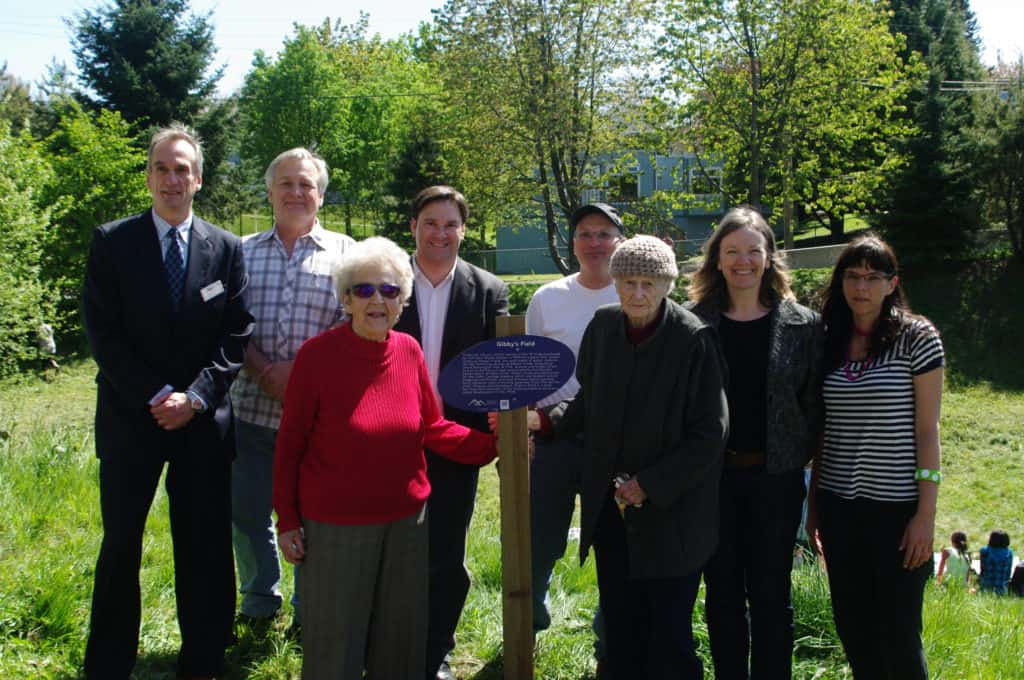 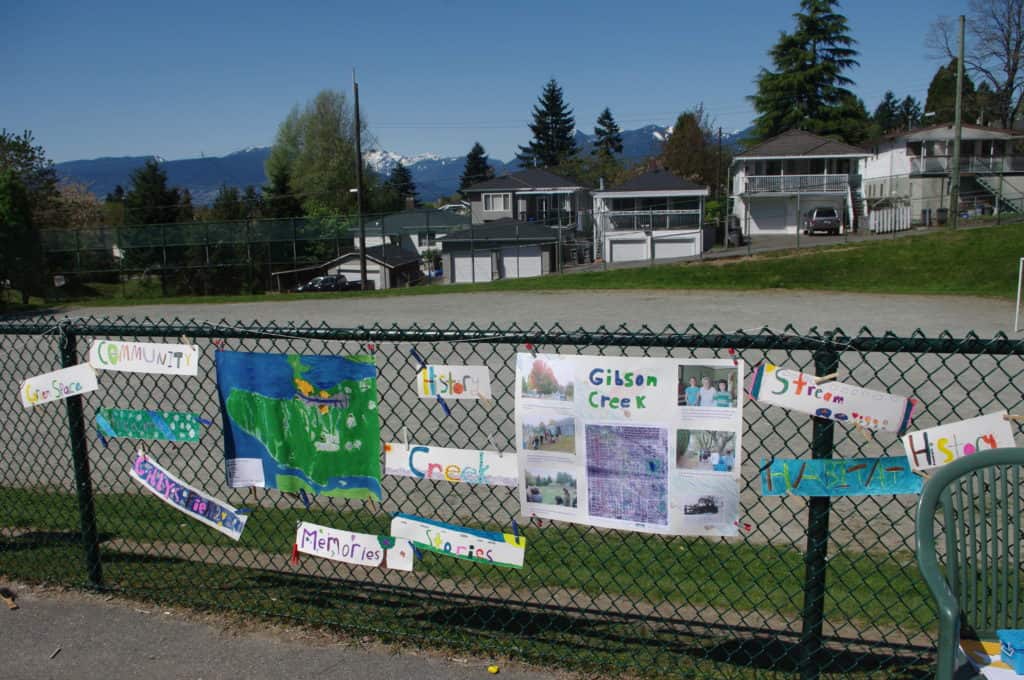