"For 125 years there has been a Protestant congregation in Vancouver's Downtown Eastside, attempting to bring hope to the people of this community. Since 1925 this Church has been called First United. Before that it was called First Presbyterian Church, a pioneer congregation established in 1885, one year before the townsite of Granville became the new city of Vancouver."
- "Hope Lives Here" Bob Burrows, 2010.

Hastings and Gore became the site of First Presbyterian Church in 1892. It became First United Church in 1925, following the union of Presbyterian, Methodist and Congregational Churches into the United Church of Canada. The original building was replaced by the current structure in 1965.

Since the Great Depression, First United has been known as “the church of the open door,” working for social justice. In 2007, the congregation was dissolved, but the church continued its mission to the residents of the Downtown Eastside, providing advocacy, shelter and affordable housing.

The Beginnings of “Hope Lives Here”

First United Church, located at Hastings Street and Gore Avenue has been a vital resource for those who are experiencing homelessness and poverty in the Downtown Eastside. Originally, this was the site of the First Presbyterian Church in 1892, which became First United Church after the Union of Presbyterian, Methodist, and Congregational Churches into the United Church of Canada.

The Church’s formation can be attributed to many of the Scots Presbyterians- who were working at Hasting Mills in the early 1880’s-  continuously asking the Presbyterian church authorities in Ontario to send a minister. Shortly after, Mary and Thomas Thompson arrived in Vancouver and the Church services began in a school house. By 1886 the Church was ready to build a church, and purchased three lots on Main and Oppenheimer (soon Cordova) and was able to seat 375 people. Unfortunately, it burnt down four weeks later on June 13th, 1886 in the Great Vancouver Fire. The Church was rebuilt and opened 8 weeks after the fire on August 8th, 1886. 6 years later the church was overcrowded and the new church was built on Hastings and Gore which could accommodate 1000 people. The original building located at Hastings and Gore was replaced by the current structure in 1965.

Rev. Roddan and the Great Depression

After the Church became the First United Church, it began to focus on outreach efforts which substantially grew during the Great Depression. The most notable area in which the Church’s welfare efforts increased under Andrew Roddan, who was a radio personality. Vocal in his defense of the poor, he organized 50 000 meals served the winter of 1930-1931. While Roddan was the minister, the Church was a lifeline for food, clothing, and employment for many during the Great Depression. In 1931 and 1932, they served nourishing meals to those who needed it, one day serving a total of 1252. Roddan’s efforts significantly affected the area around the Church and set the precedent for future ministers and congregations.

The Church started their Inner-City Service Project and the Dugout Drop-In Centre in 1967. The Inner- City Service Project which lasted from 1967 until 1972 focused on providing theological students with an understanding of urban problems and poverty. This ended up expanding to include students from many disciplines. The project grew from only functioning during the summer to a year round program with a full-time staff. This program led to many new resources which became available to those in the community and created a closer inspection of the Church’s initiatives. The Dugout Drop-In Centre, however, provided a “community living room” and resources for those who may have felt isolated in the community. It also provides food and is run by volunteers; the Dugout is still functioning today.

The founding of the First United Church Social Housing Society in 1981 had a huge impact on the Church. The church offers beds in their shelter every night, along with meals and other resources. Along with other organizations, it offers affordable housing to help create a stable environment for those who are lacking it. Ranging from Bachelor to three bedroom suites, they have fully accessible units as well as units with accommodations for families and seniors making sure no one is left behind.

In 2007 the congregation dissolved and the church now focuses on their social outreach programs. Also in 2007, Rev. Ric Matthews brought his own ideology which developed the concept that the Church was not to give charity, but rather create an inclusive community for those in the Downtown Eastside. The Church started offering 24/7 service on December 15th, 2008, with an average 250 per night. The impact that the Church has had on the Downtown Eastside and in the overall community of the Lower Mainland has been significant.

Plans are being discussed of a new improved facility on the site in the near future. We will update this page with news, but read a recent article about the proposed plans. 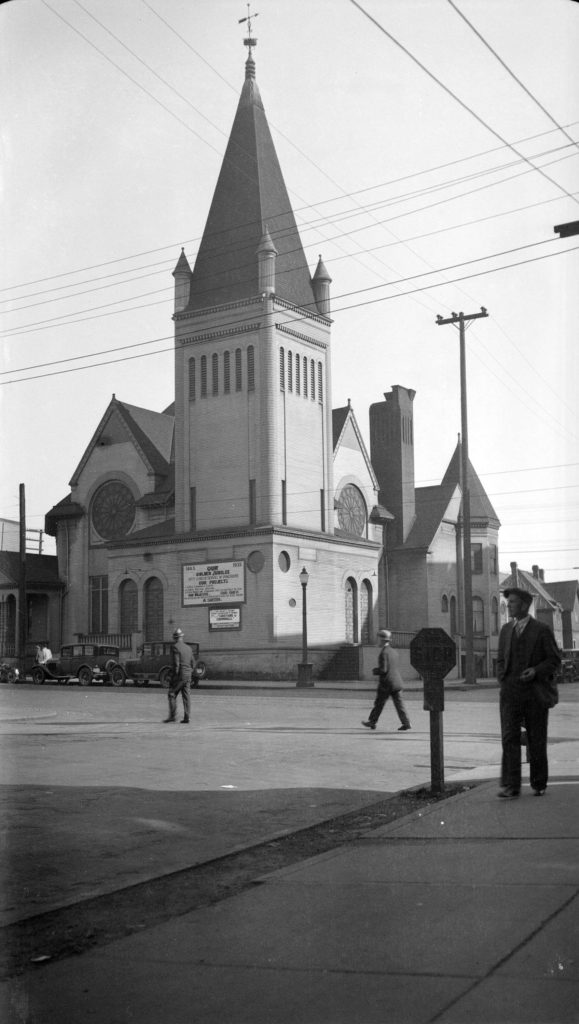 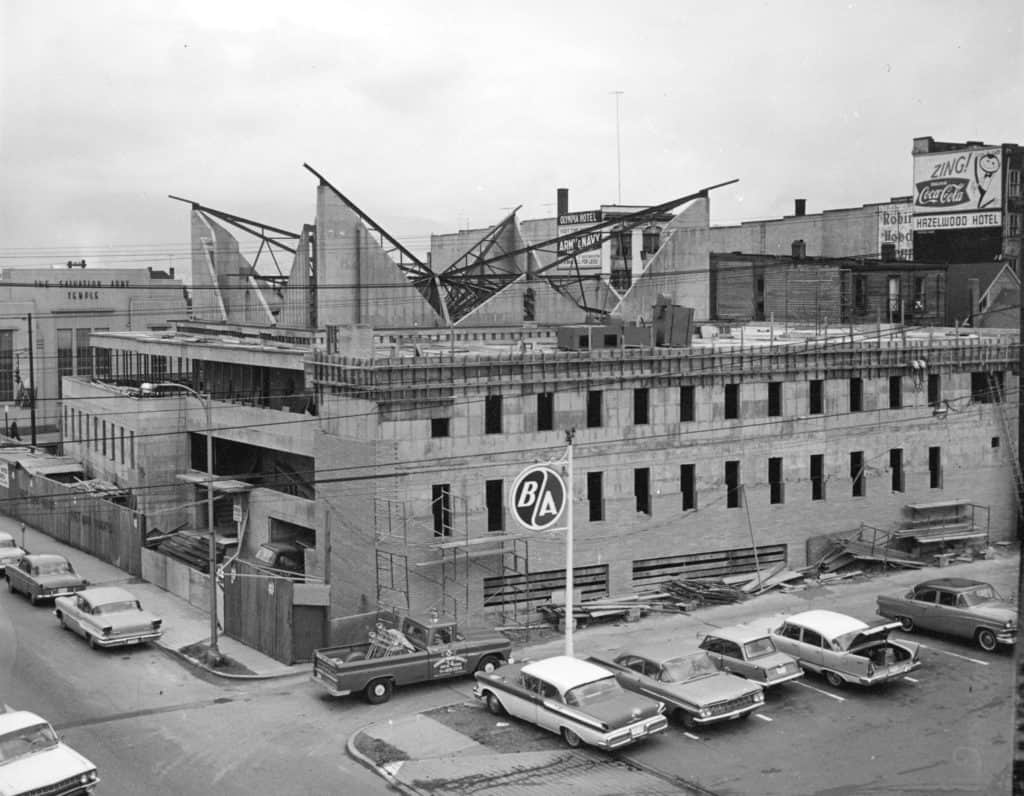 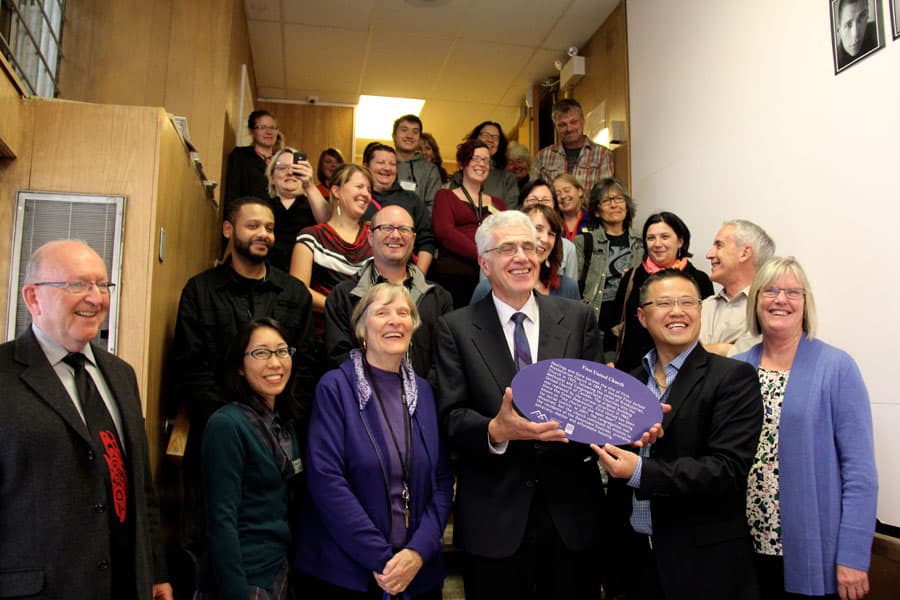 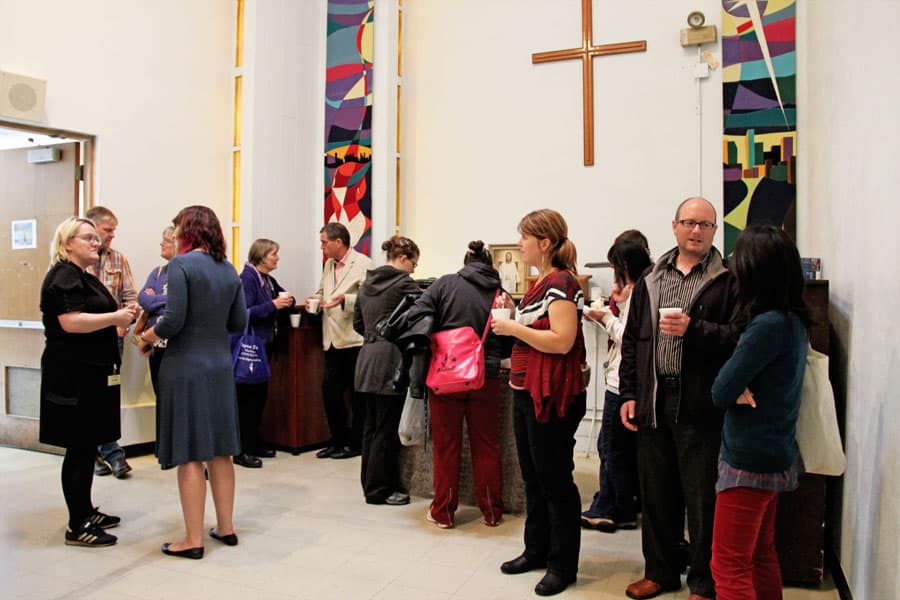 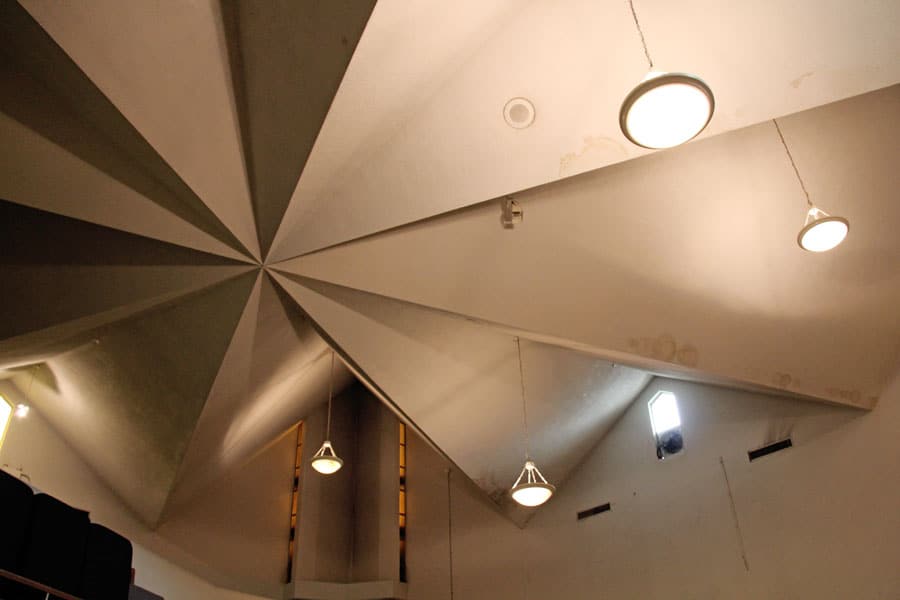 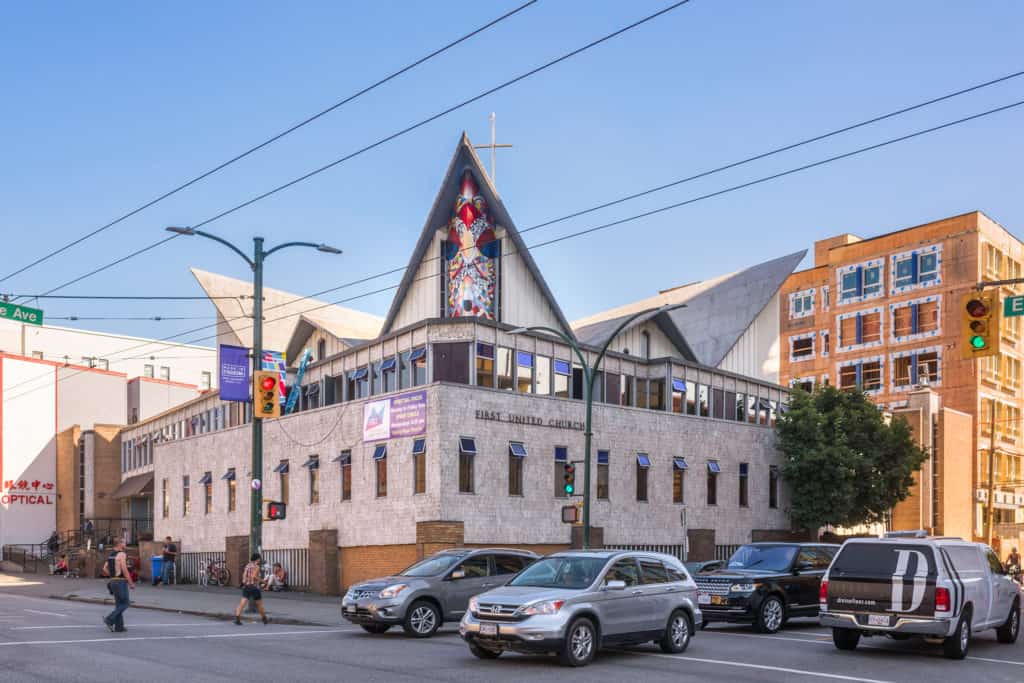 Plaque is located inside the First United