According to a City of Portland assessment of the urban forest canopy, elms provide more ecological and economic benefits than any other tree by sequestering carbon, processing storm water and improving air quality.

This unique Siberian elm canopy lining East 6th Avenue from Woodland Drive to Nanaimo Street is managed by an innovative long-term plan developed in a collaborative effort between the Park Board and East 6th Avenue residents. With a focus on preservation and restoration this historic treescape will be maintained for future generations as part of a thriving urban forest.

The East 6th Ave Elms
One of Vancouver’s longest stretches of mature Elm trees is on East 6th Avenue, starting at Woodland Drive, crossing Commercial Drive and continuing over a kilometre to Nanaimo Street. The stretch comprises 130 elms spanning nine city blocks. These Elm trees have lined these streets for 70 years, and make up one of East Vancouver’s most dramatic high canopy streetscapes. “These trees are spectacular, absolutely the best thing about the street,” said local resident Cindy Brenneis.

Saving the Elms – A Community Comes Together
In early 2011, the Vancouver Park Board announced that 30 of these trees would be removed, due to their “poor structure” and interference with overhead lines. Residents expressed dismay, insisting that the removal of the trees would drastically change the look and feel of the street. They mounted a campaign to stop the plan, setting up a facebook page, placing “We Love Our Trees” ribbons around the trunks and expressing their opposition to the Park Board and media outlets. The Vancouver Park Board responded by hiring an independent arborist for a second opinion on the East 6th Elms, later announcing that the number of trees that needed to be removed had been reduced to six. A joint working group of area residents and Park Board staff was established to develop a plan for the East 6th Elms together. The collaboration features over 50 new Elm trees planted along East 6th Avenue, and a management plan to preserve and reinvigorate the canopy of Elms.

Since 2011, a few trees have fallen during windstorms, and community members continue to seek re-planting of the elms. Read more here. 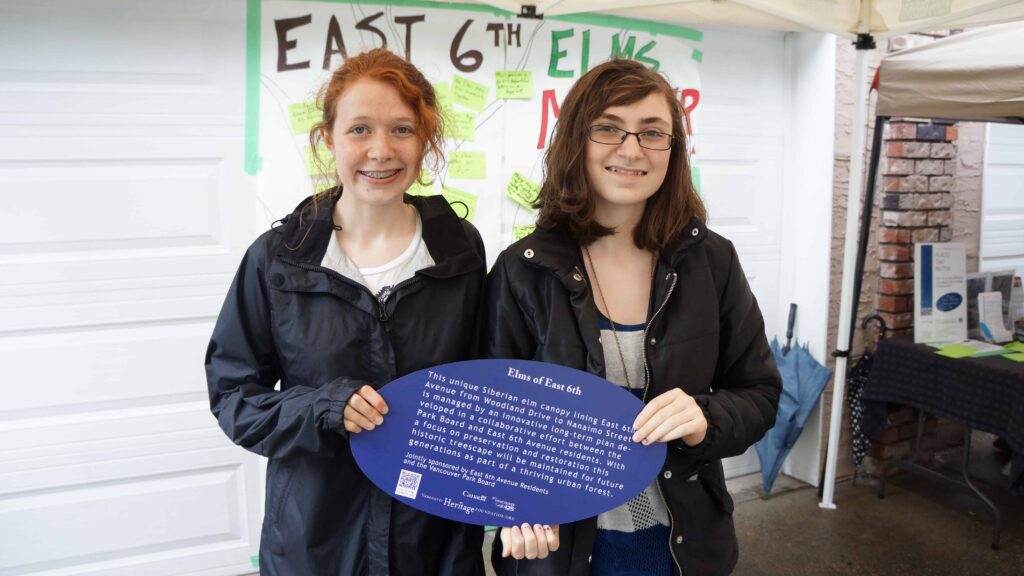 "The Places That Matter plaque in the hands of future generations." Photo: Save our Elms website. 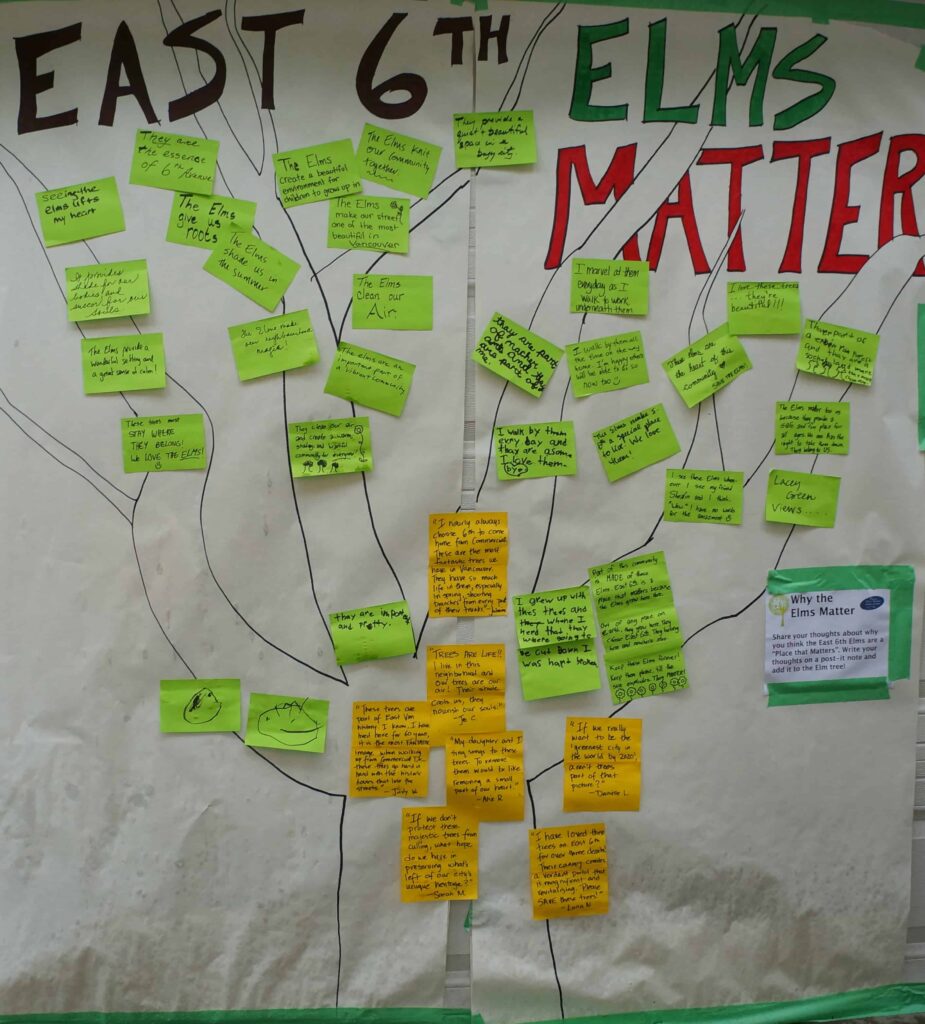 Why the East 6th Elms matter to the community. Photo: Save Our Elms website. 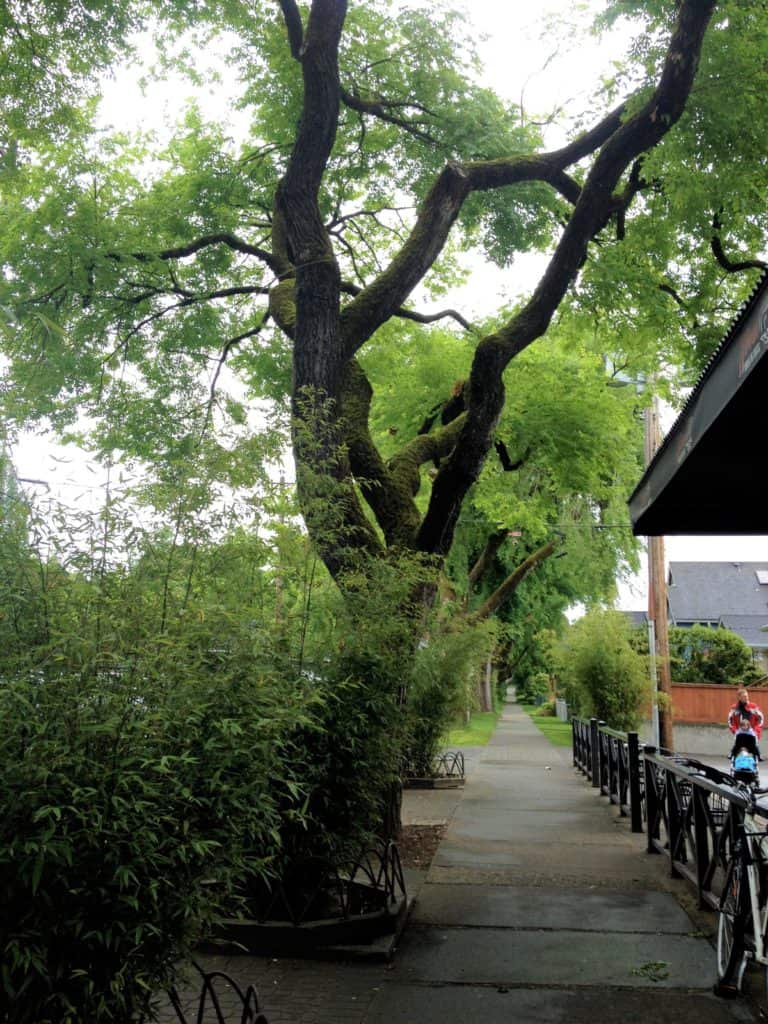 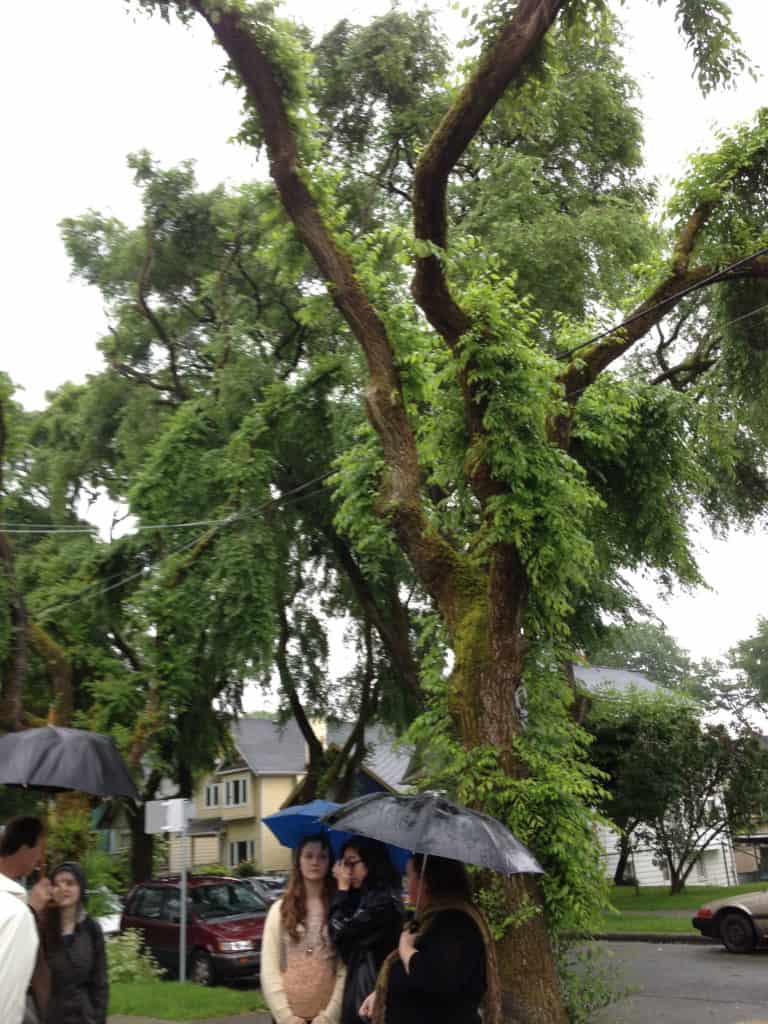 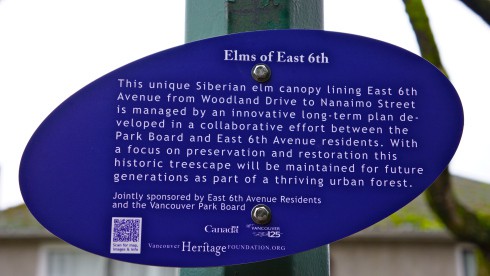 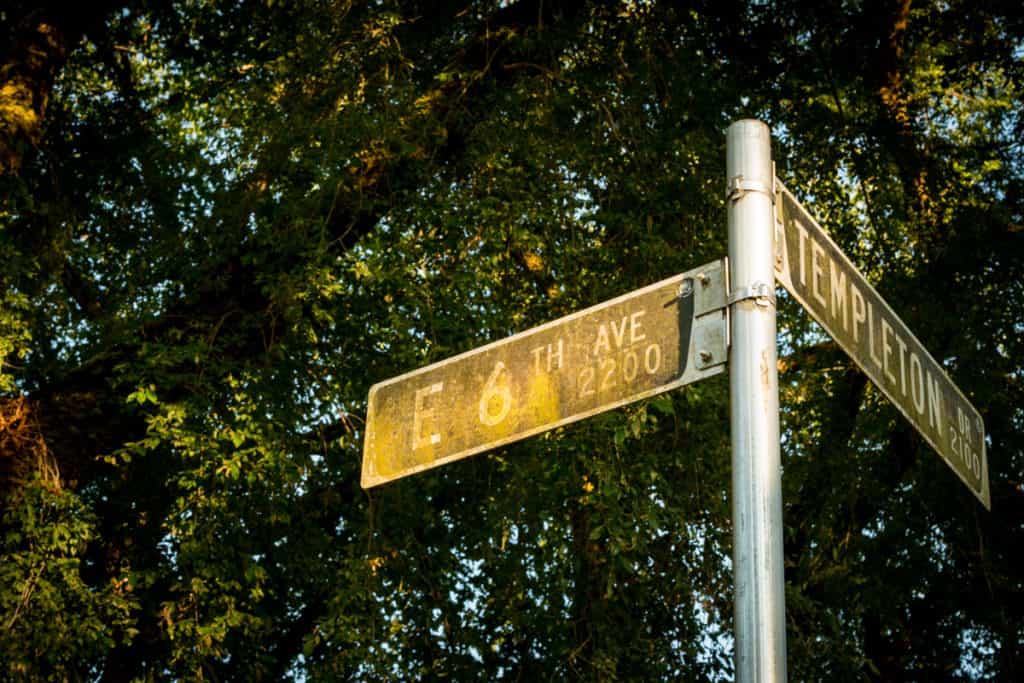 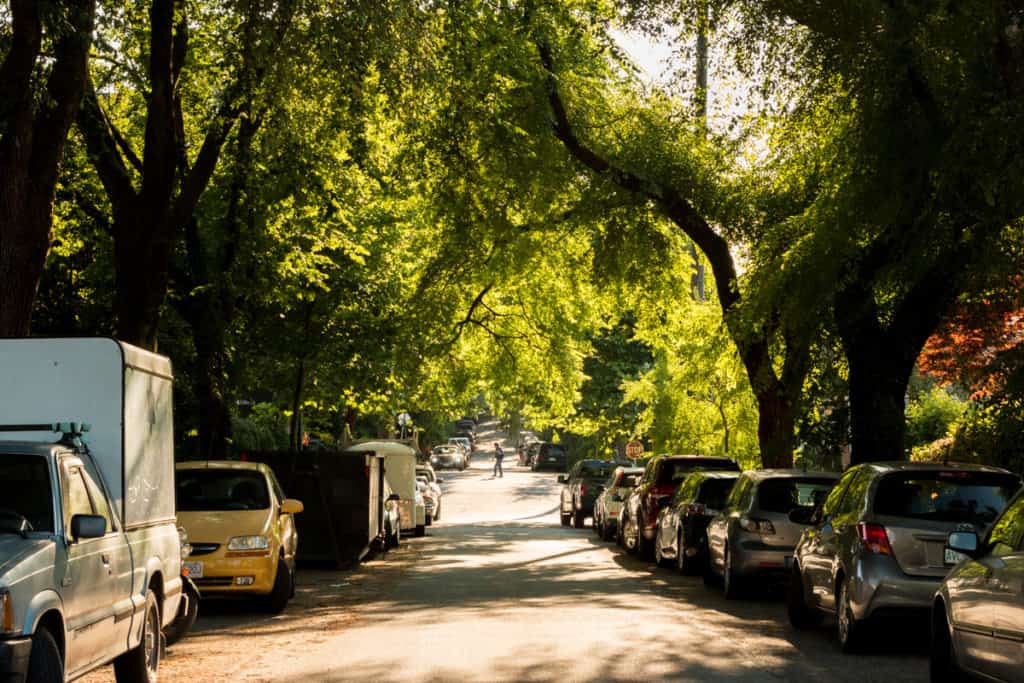 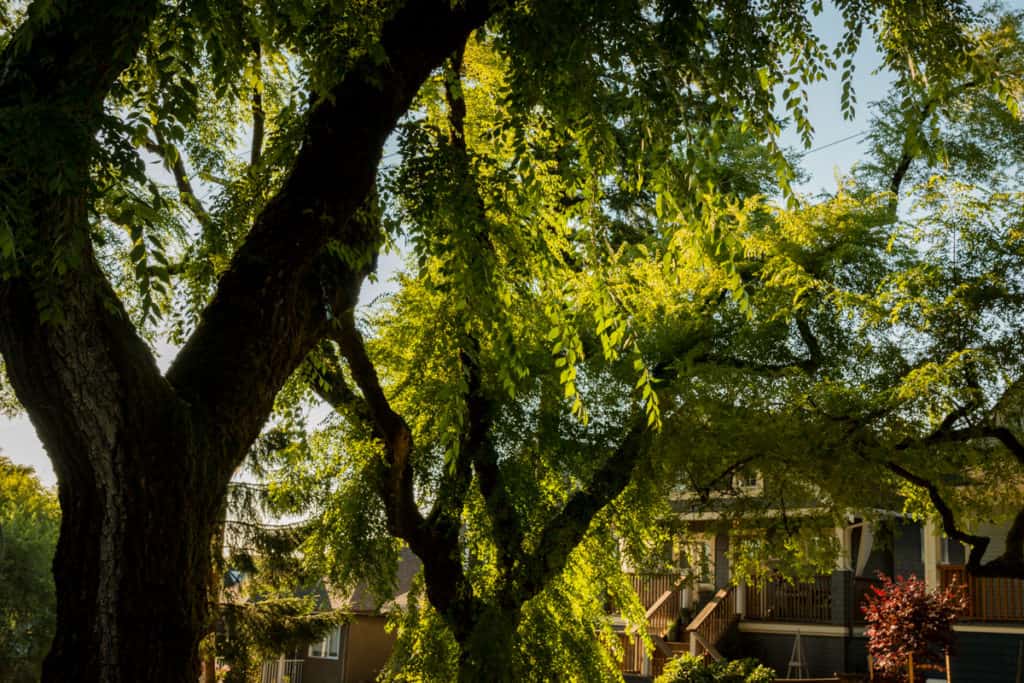 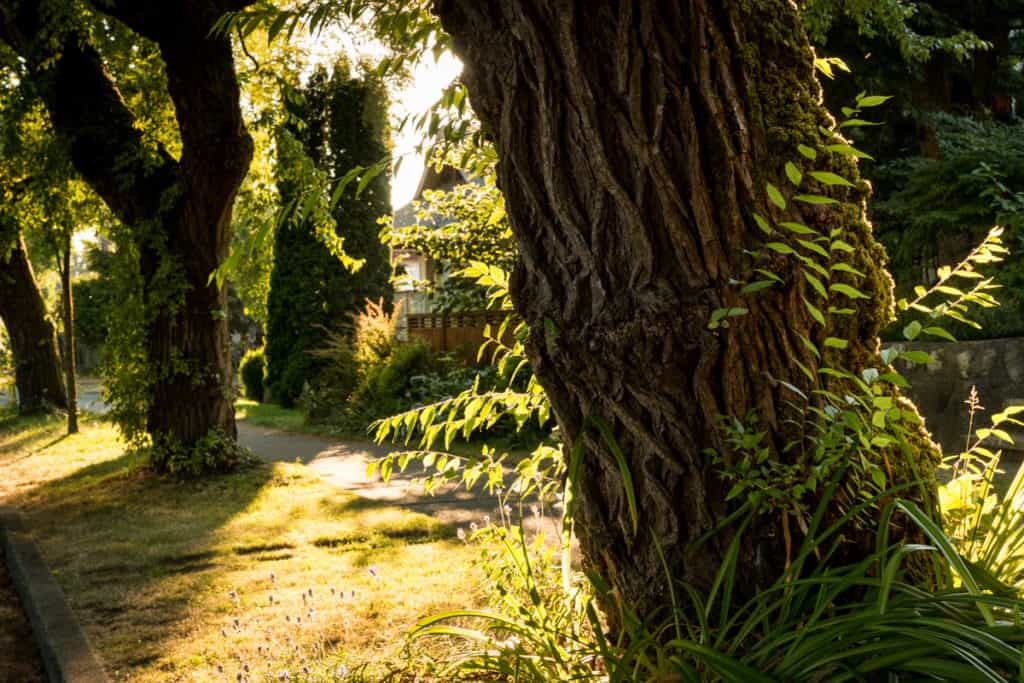 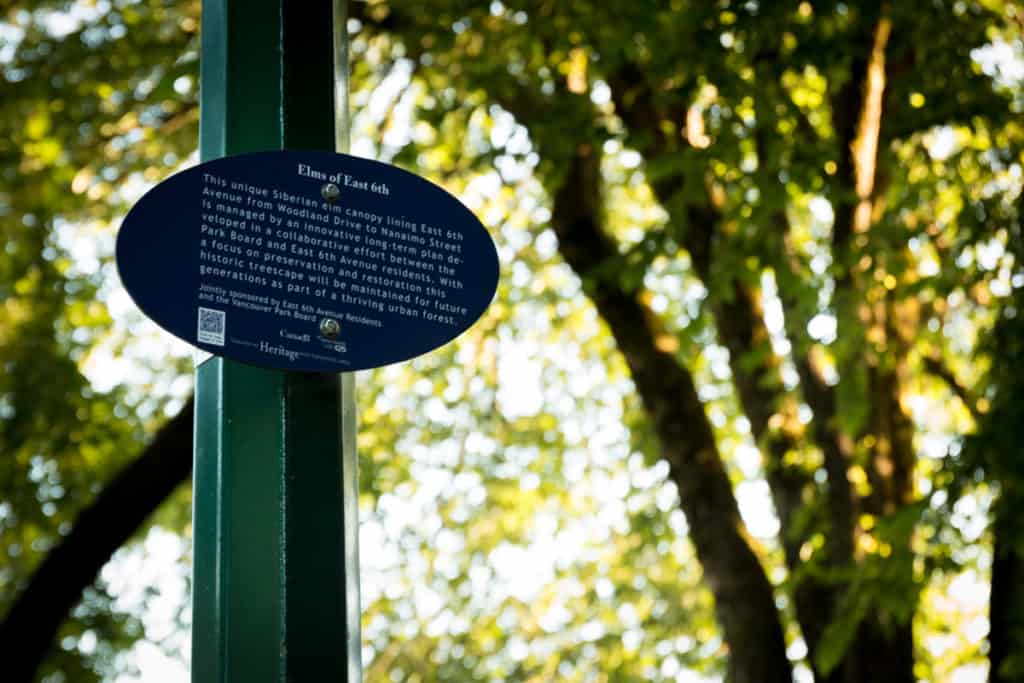 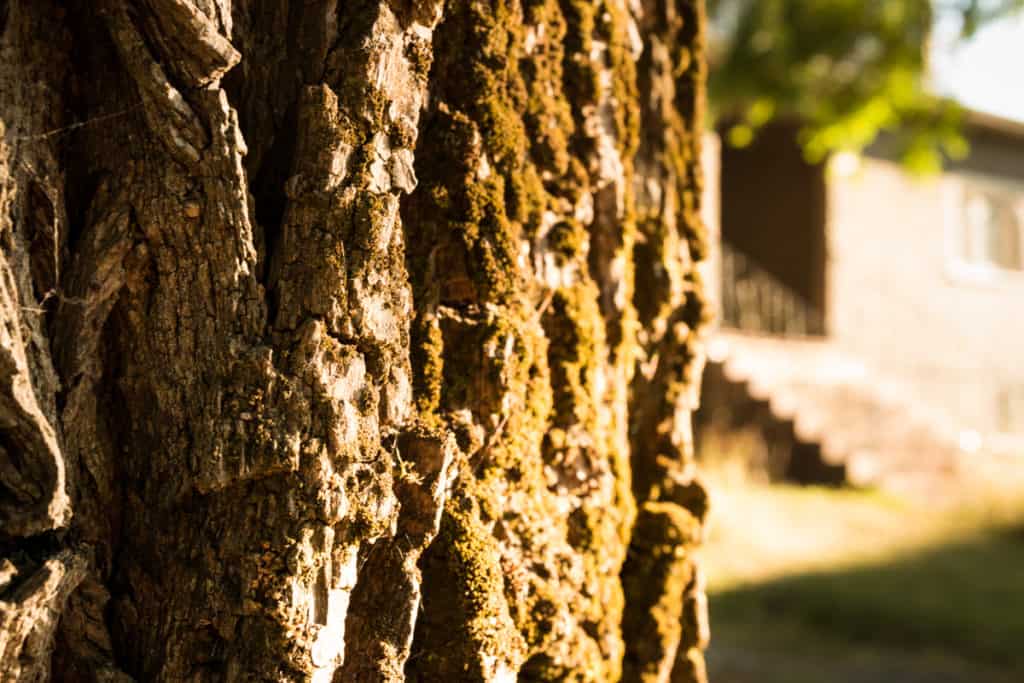 "The Places That Matter plaque in the hands of future generations." Photo: Save our Elms website.

Why the East 6th Elms matter to the community. Photo: Save Our Elms website.