Courtyard ever green…
all four seasons with
blossoming trees

-translated couplet on display in the Scholar’s Study at the Dr. Sun Yat-Sen Classical Garden

This Suzhou-style scholar’s garden home built by craftsmen from China without the use of nails, screws or glue, was the first of its kind built outside China. The site of this unique Canadian museum was once home to buildings including a sawmill, brothels, opera house, opium factory and train station. The Dr Sun Yat-Sen Classical Chinese Garden is an important bridge between cultures.

The first full scale Chinese classical garden outside of Asia

The Dr. Sun Yat-Sen Classical Chinese Garden is modeled after the famous Ming Dynasty (1368-1644) gardens from the city of Suzhou. When this garden was completed in 1986 in time for Expo 86, it was the first full scale Chinese classical garden constructed outside of Asia.

The Garden is situated on a site where Vancouver’s Chinatown first began. At the time, it was at the edge of False Creek and consisted of Chinese association buildings, sawmills, brothels, theatres, and until 1920 – the Great Northern Railway. In the late 1960’s plans were underway for a freeway to go through Chinatown. These plans were thwarted and part of the reclaimed land was then designated for a Chinese Cultural Centre and an adjoining park and Chinese garden.

The planning and fundraising for the park and garden began in 1976 with the Dr. Sun Yat-Sen Classical Garden located just west of the public Dr. Sun Yat-Sen Park. Together, the park and garden covers just over 2.5 acres with the Classical Garden covering approximately 1/2 an acre. In Vancouver, all public parks must be opened to the general public for free.  Anticipating the costs to continually maintain a Classical Chinese Garden, the area was divided into two spaces – the larger free park, administered by Vancouver Parks Board, was completed in 1983 and the smaller classical garden, requiring admission fees, was completed in 1986 (and expanded in 2004) and is managed by the non-profit, Dr. Sun-Yat Sen Classical Chinese Garden Society.

Dr. Sun Yat Sen (1866-1925), known as the “Father of Modern China”, was a Chinese revolutionary. He was educated in the West and became a doctor but returned to China to unify and modernize his country. He founded the Nationalist Party and formed the first Republic after overturning the last dynasty (the Ch’ing/Qing Dynasty). He visited Vancouver three times in 1897, 1910 and 1911, not only to hide from the Empress but to also fundraise for his campaigns. There are accounts of Dr. Sun Yat-Sen staying at the Hotel Pennsylvania (412 Carrall St) and also the Chinese Freemasons Building (5 West Pender St.) in Chinatown. In the early 1900’s, Chinese in Vancouver donated more money per capita than any other North American city.

Features of a Classical Chinese Garden

Of the three types of Classical Chinese Gardens, (the Imperial Garden, the Monastery Garden and the Scholar Garden), the Dr. Sun Yat-Sen Classical Chinese Garden is a scholar’s garden. During the Ming Dynasty, scholars often became the emperor’s senior administrators. Their homes included gardens, which were surrounded by high walls to prevent distraction from the outside world and to provide a peaceful space for scholarly reflection on philosophy and truth.

Scholars’ gardens were characteristically small and adjoined the scholar’s residence. Despite its small size, there is no single vantage point where one can obtain a total view of the garden. The garden was purposely designed as a series of unfolding scenic vistas, like displaying multiple landscape paintings. Winding walkways and corridors ensure the entire path cannot be seen. The zigzag paths have a dual purpose of slowing one’s steps so that the garden can be fully appreciated; and of warding away evil spirits.

The key elements of a Chinese Classical Garden are architecture, rocks, water, plants and calligraphy. These elements are used to reflect Confucian ideals as well as the Tao (Dao) principles of yin and yang. Yin having more ephemeral, feminine qualities while the yang being more solid, permanent and masculine. Items are carefully placed to ensure a flow of positive energy (ch’i/qi) and to create harmony. The garden exemplifies the balance between opposites – white walls and dark roof tiles; floor tiles with smooth stones contrasting with rough porcelain; flexible bamboo next to rigid rocks; the north side of the garden exhibits yin qualities with rounded designs in the leak windows and floor tiles whereas the south side of the garden has yang qualities with more straight-edged patterns.

The Dr. Sun Yat-Sen Classical Chinese Garden also has a collection of penjing plants (landscapes in small trays/bowls) that were donated by a Hong Kong benefactor in 1992. Penjing is an art form dating back to the 8th Century AD and a precursor to Japanese bonsai. All the plants are regularly and carefully pruned to ensure that there is a sense of relationship and balance among all the garden’s elements. It is important that the architecture, such as the Ting (Yun Wei Ting or “Cloudy and Colourful Pavilion”), and rocks and pebbles are seen and not hidden by overgrown trees or bushes.

The materials, tools and techniques used to construct the garden were almost identical to those used in the Ming Dynasty. Much of the architectural components are from China – the carved woodwork; the limestone rocks; the courtyard pebbles; and the roof tiles were fired in China’s Imperial Kilns. The wood all comes from China – Chinese fir for the structural components; camphor for the curved rafters (whose scent also helps repel insects); gingko wood for the screens. The columns of the China Maple Hall and Scholar’s Study are made of nan wood – a species used in China for over 2000 years. The floor tiles are made of pebbles form riverbeds in China and broken Chinese porcelain. All these materials were prepared in Suzhou packed into 965 wood crates and brought to Vancouver in 70 steel containers.

The Suzhou Garden Administration arranged a team of 52 Suzhou artisans (e.g. masons, carpenters, painters, carvers, tilers) to construct the garden by hand in 13 months (March 1985-April 1986). Traditional tools and equipment were used as much as possible – no power tools, screws or glues. Vancouver architect, Joe Wai and landscape architect, Don Vaughan worked with the Suzhou team to ensure authenticity but still accommodate Vancouver’s building code and current technological requirements. At the time, the garden cost $5.3M to build.

The Dr. Sun Yat-Sen Classical Garden symbolizes a number of collaborative efforts and relationships. The planning and development began in the 70’s at a time when China was just opening its doors and needing to develop relationships with the rest of the world. The project promoted cultural understanding and involved cooperation between Canadians and Chinese. The Garden’s China Maple Hall was built to signify this friendship.

The development of the Garden involved all levels of government. Financing relied on federal, provincial, municipal, and private funding. Vancouver’s Chinese and non-Chinese communities worked together to make the garden a reality. Support continues on with the Sun Yat-Sen Garden Society receiving invaluable assistance from its dedicated volunteers. 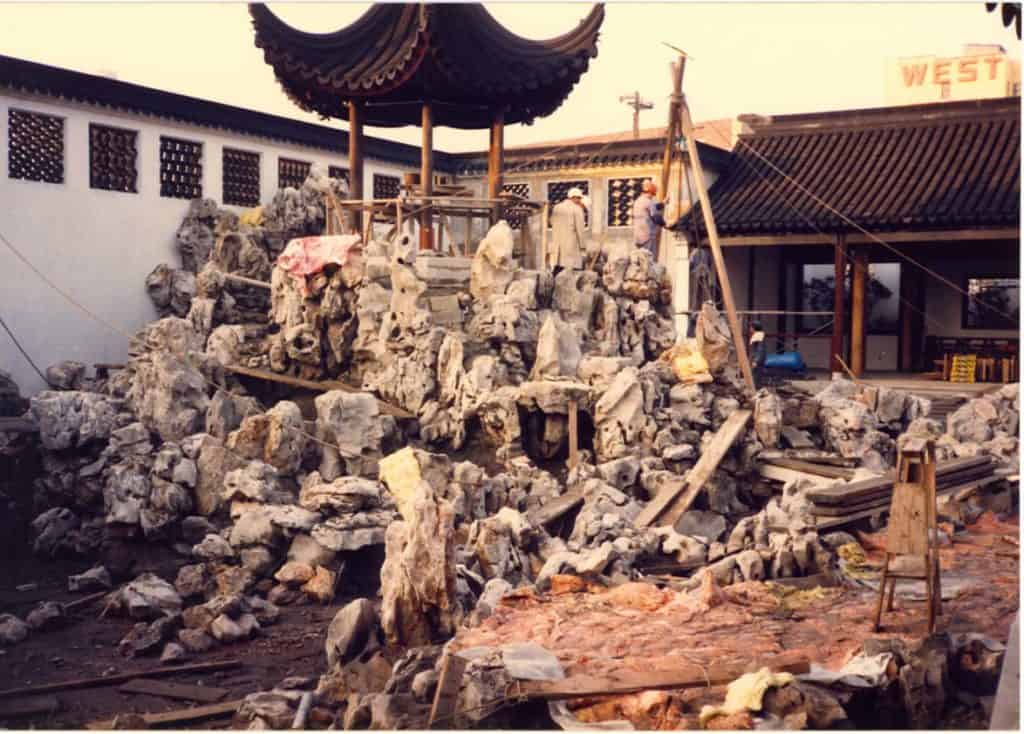 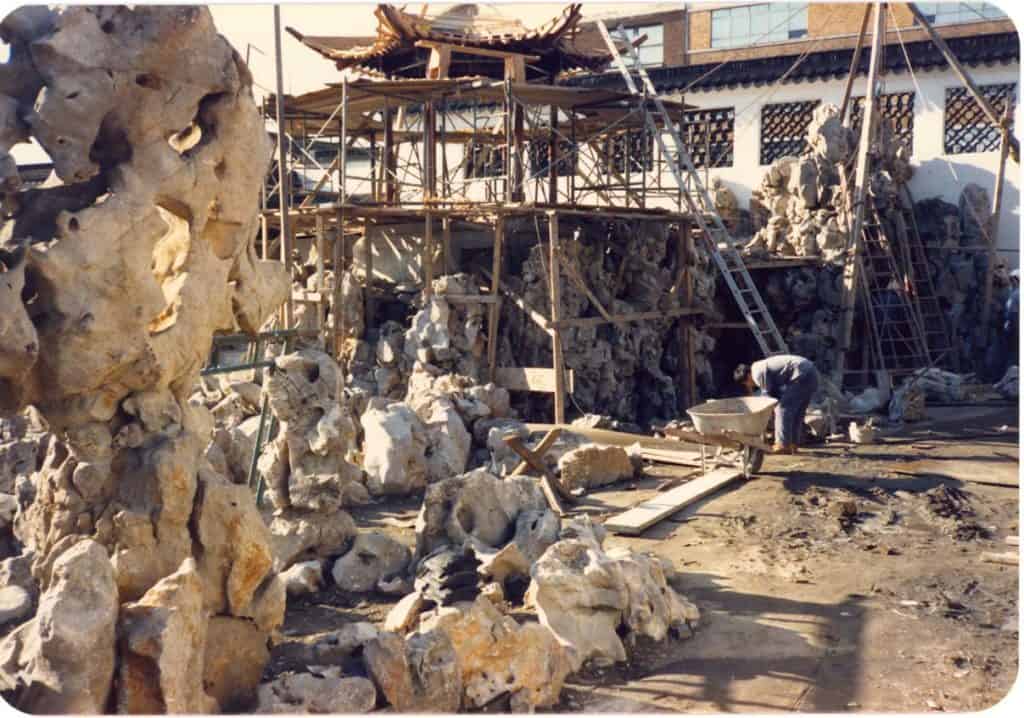 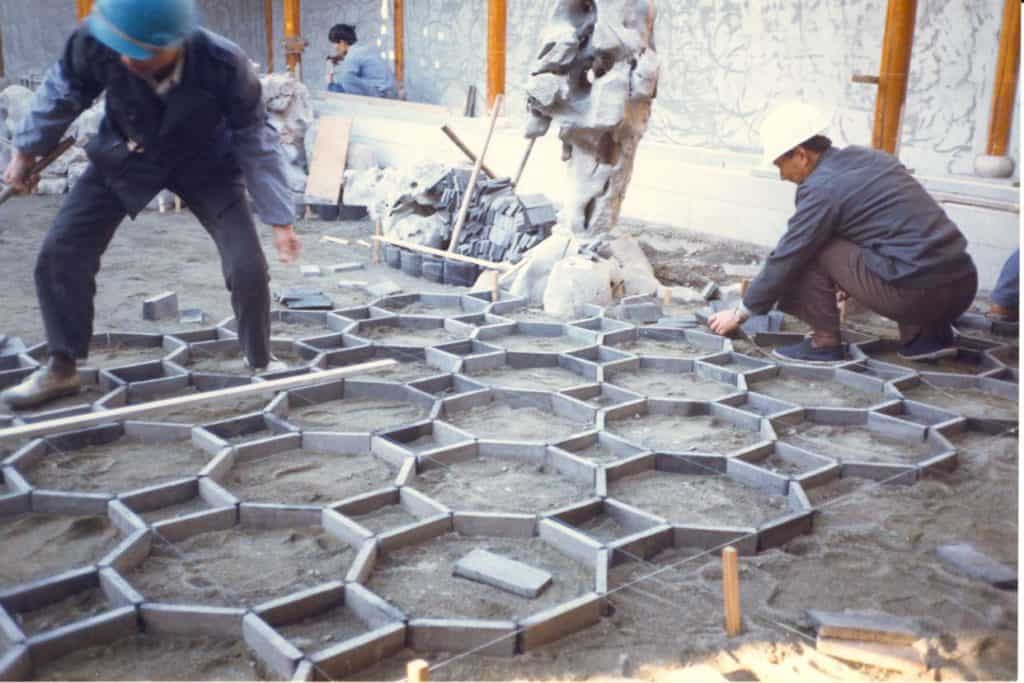 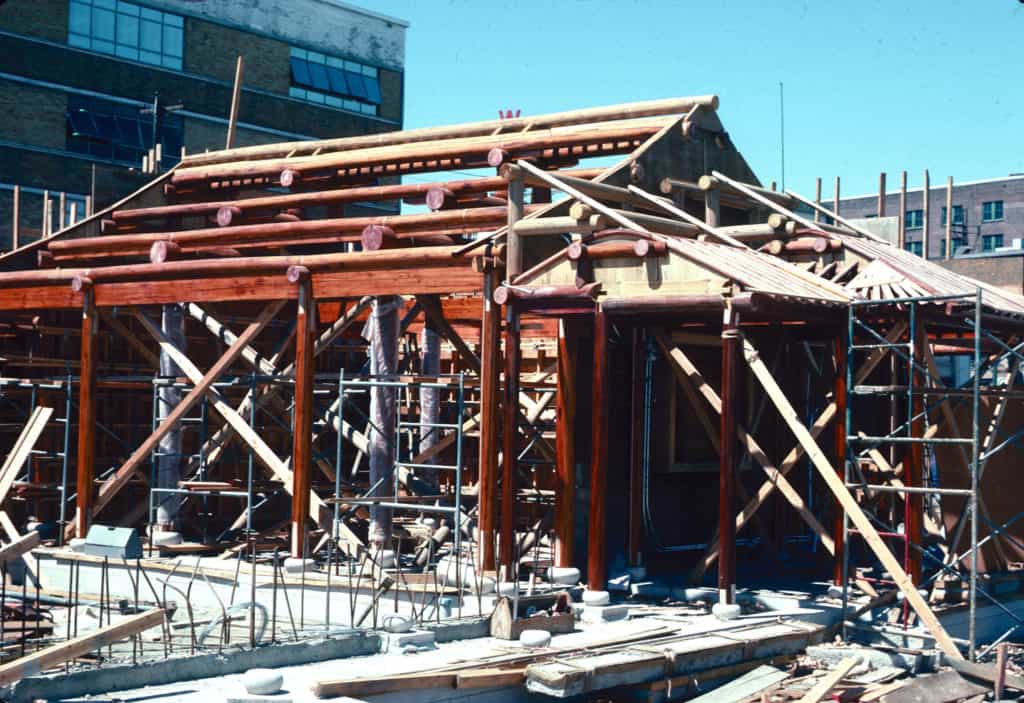 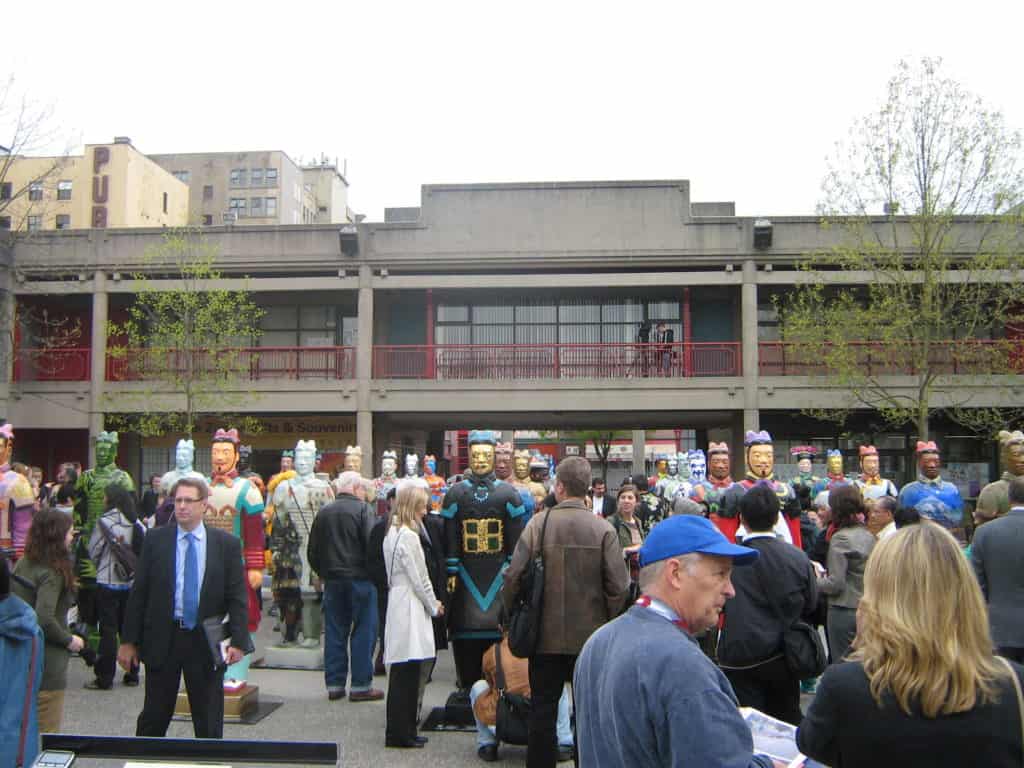 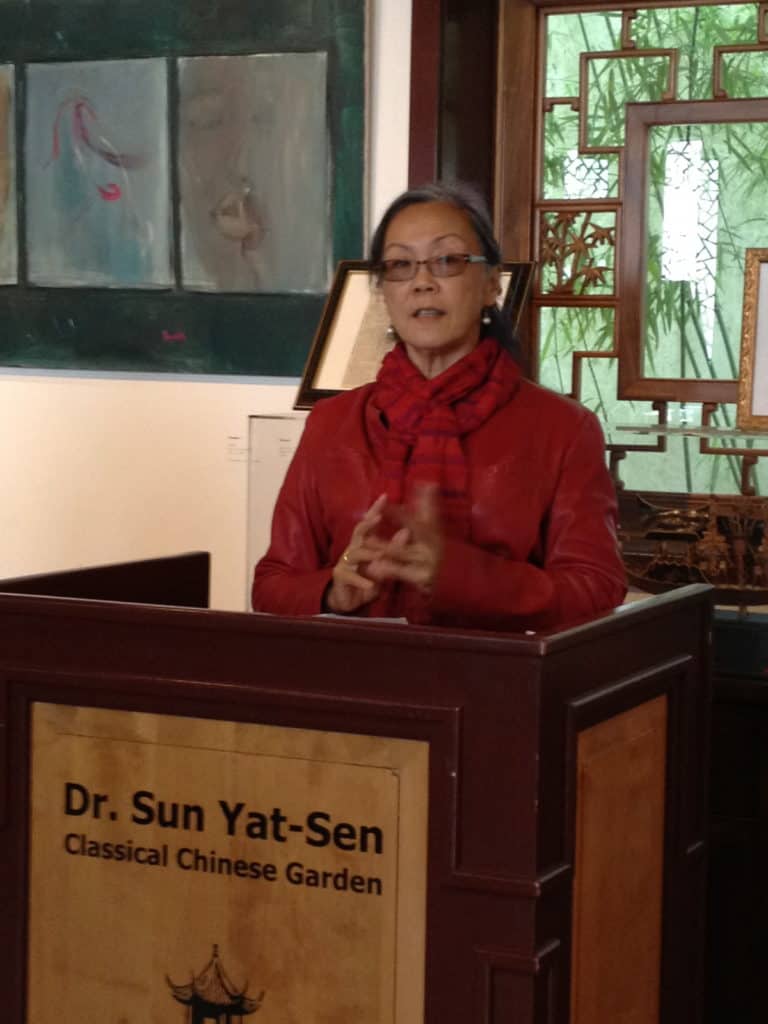 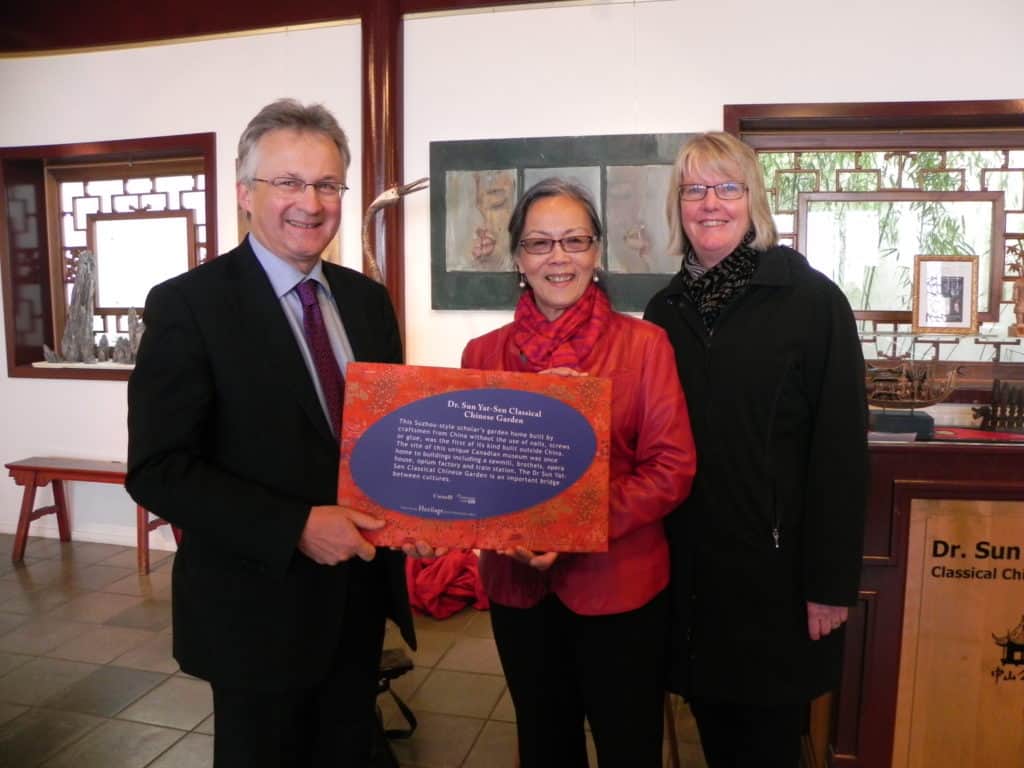 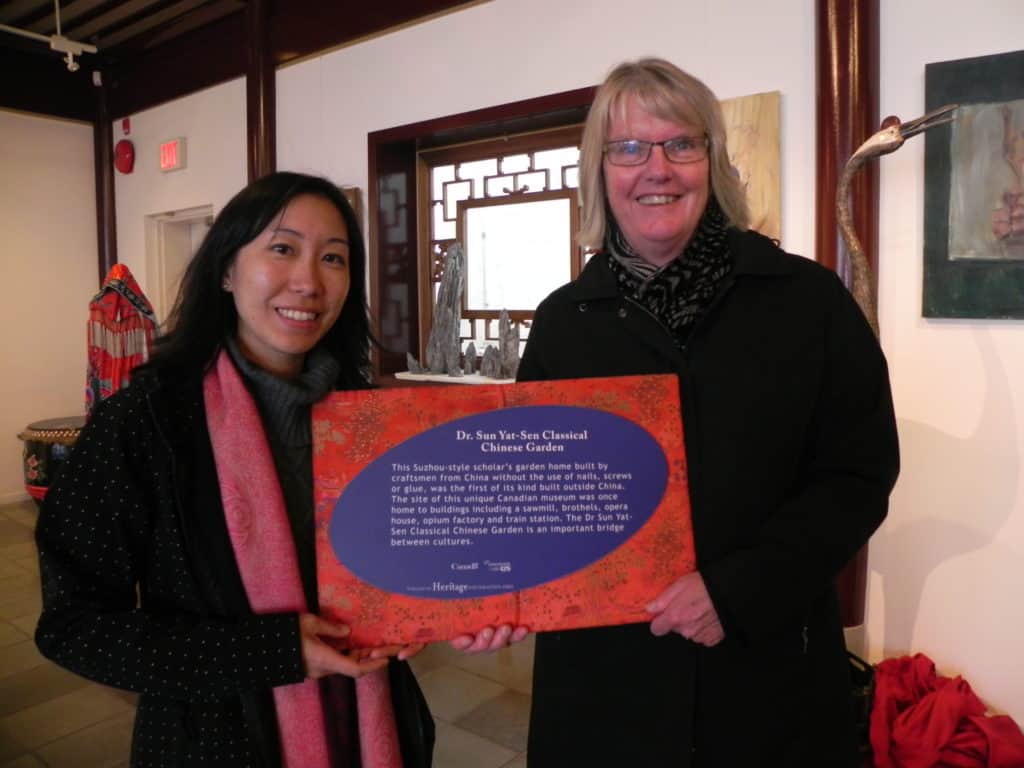 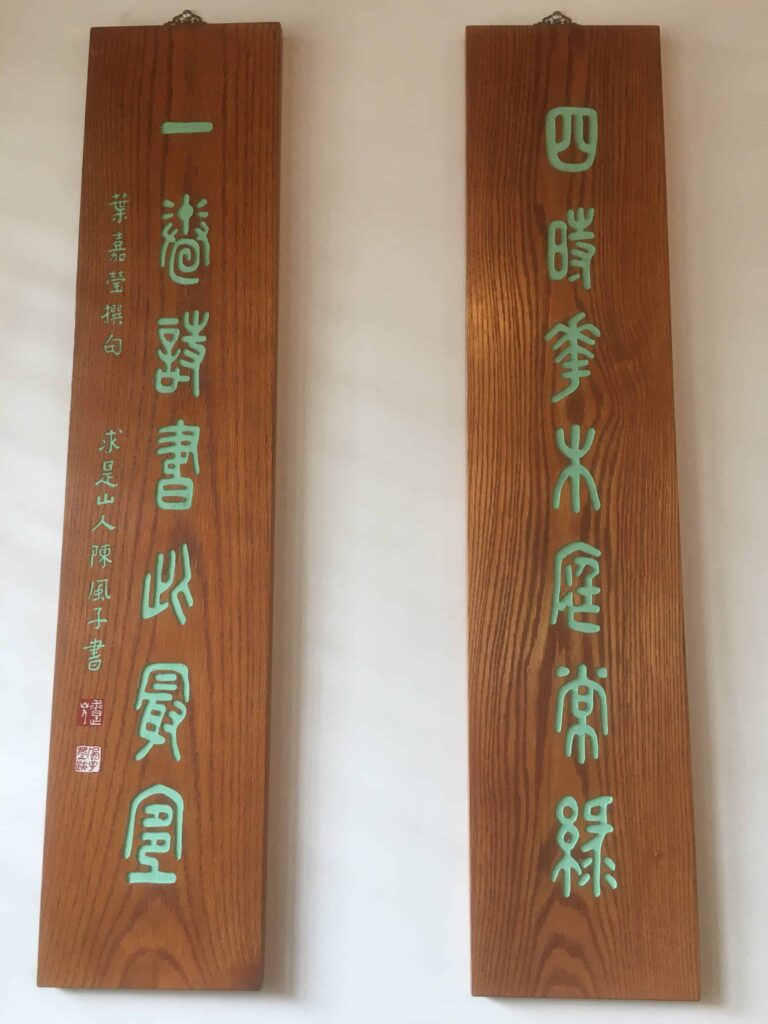 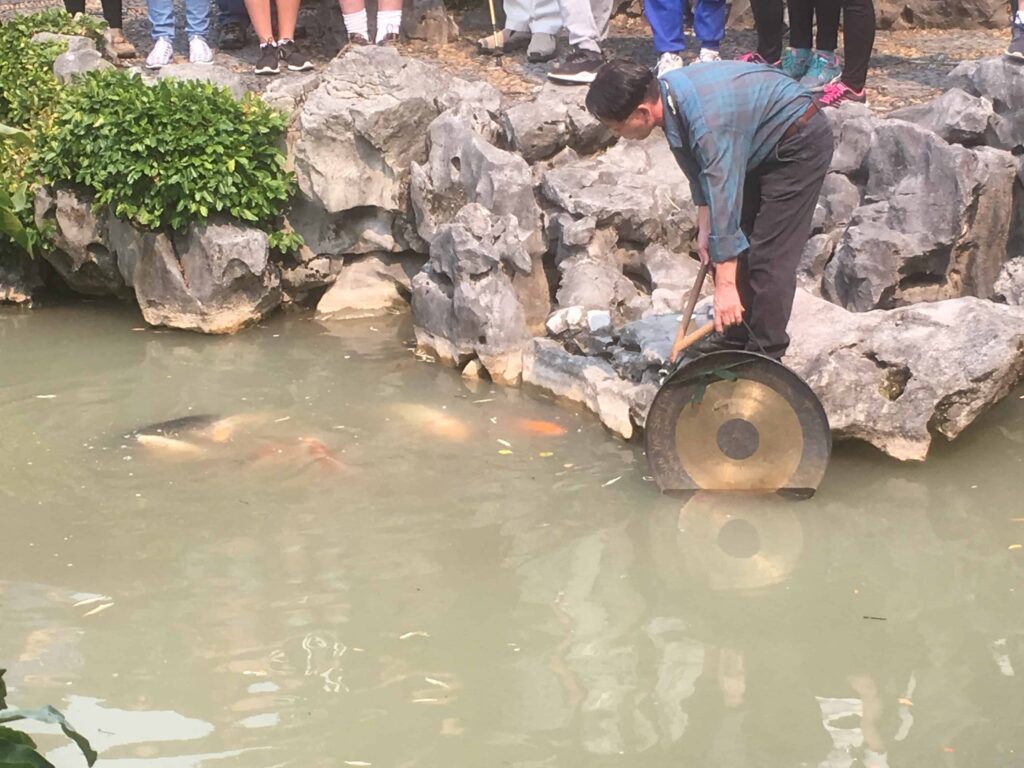 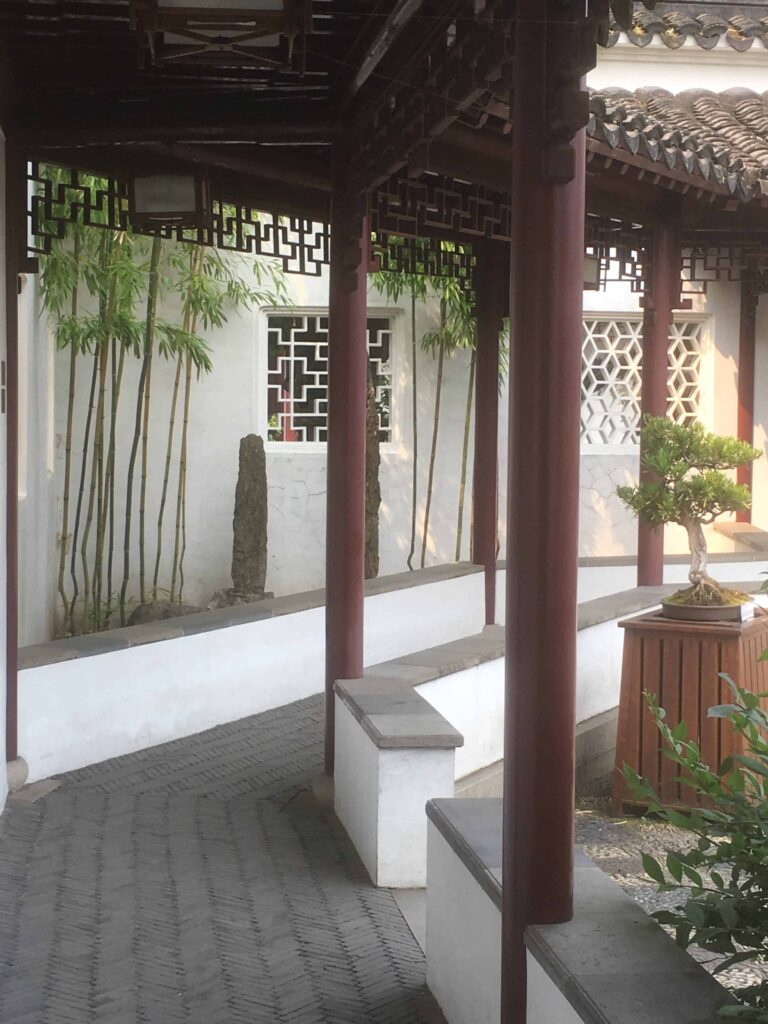 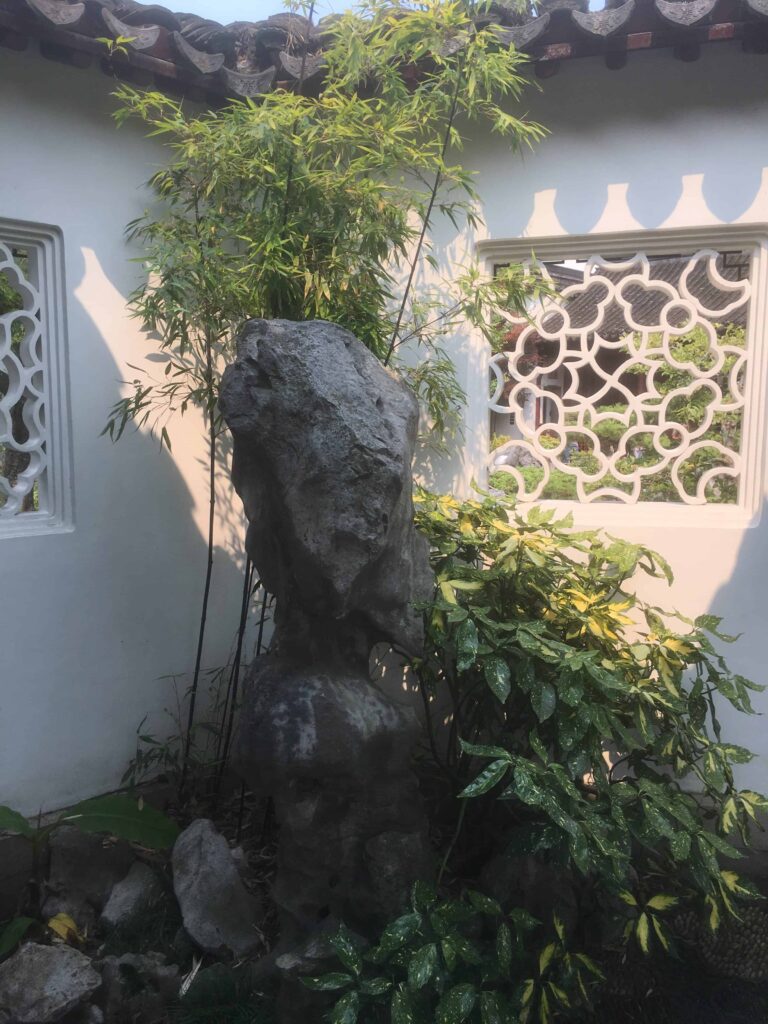 "Over my childhood I have visited the garden many times. During Chinese New Year my daycare would always go. The year I remember most vividly is where I was around 6 or 7. I remember going on a scavenger hunt and having lots of fun. The garden has many Asian plants and feels like I am really in China. [...] the park looks like a big bonsai pot. [...] Every time I go to the garden I question the history of the place. What is the creator's vision? What is the importance to the people that live in the area? To me this reminds me of my childhood. That is it[s] importance to me."