"This humble library branch holds a secret pedigree that elevates it above the 22 other branch libraries in Vancouver." - John Mendoza

In July 1951, Vancouver Public Library’s Collingwood Branch opened its doors. Reflecting contemporary ideas of openness and accessibility, the striking modern building was part of the push to expand Vancouver Public Library beyond its seven branches at a time of rapid city growth. For many years, the Collingwood Branch was home of the popular bookmobile, providing mobile book service to outlying neighbourhoods.

The Collingwood Institute and Free Library
The precursor to VPL’s modernist-designed Collingwood branch was the Bursill Institute Library Collingwood – a library founded by local resident John Francis Bursill. Bursill immigrated from England to Vancouver at the age of 60, settling in South Vancouver in 1908. A supporter of the free library movement where average citizens had free access to books, Bursill built a large hall on Ruby Street and stocked it with his own books. It was the first library in the Renfrew-Collingwood neighbourhood and it operated until 1954. Bursill was one of Renfrew-Collingwood’s earliest cultural pioneers and had an impact on the city’s cultural landscape, writes John Mendoza. He wrote a column for the Vancouver Sun under pseudonym Felix Penne and was a founder of Vancouver’s Shakespeare Society, which helped establish Stanley Park’s Shakespeare Garden. He has a street named after him located a block west of the Collingwood branch.

The Growth of the VPL System
The Collingwood library opened on the corner of Rupert and Kingsway in July 1951, part of a push to expand the Vancouver Public Library system beyond its seven branches at a time when the city was growing out from the core. Shortly after its opening, the branch is said to have recorded the highest circulation of children’s books of any branch in the Vancouver Public Library system. For many years the Collingwood library was the home of the bookmobile providing a mobile book service to outlying neighbourhoods.

An early Modernist landmark in East Vancouver
Designed by Vancouver architects Harold Semmens and Douglas Simpson, the striking modern library building was a light and open structure, reflecting contemporary ideas of openness and accessibility. “This was the first example of Modernist architecture in the Vancouver Public Library system”, according to Heritage Vancouver. The design was intended to make library services more accessible and inviting, in contrast to the “closed, intimidating style of some older branches like the Carnegie Library at Hastings and Main”. The Semmens and Simpson partnership was an intense but short-lived collaboration that produced some of the finest modernist buildings in Canada. Their designs won the firm the Massey Medal for Architecture more than once. Because of the success of the Collingwood branch, Semmens and Simpson received the commission to design the new main branch of the library at Burrard and Robson Streets in 1953-57. 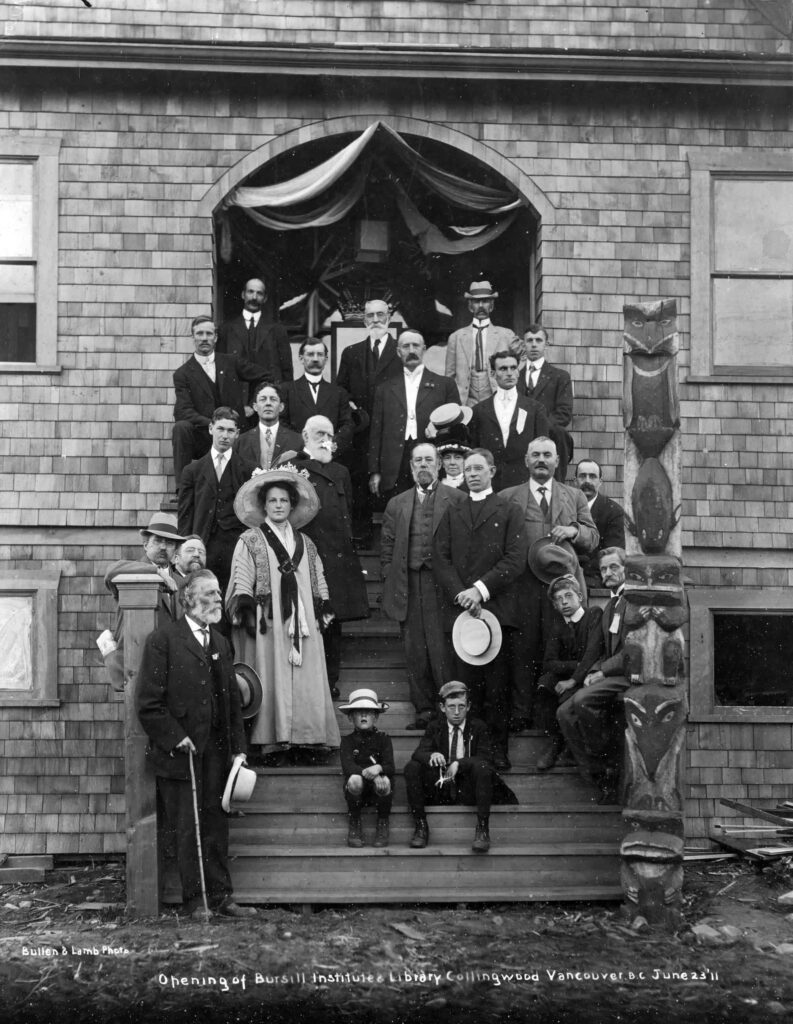 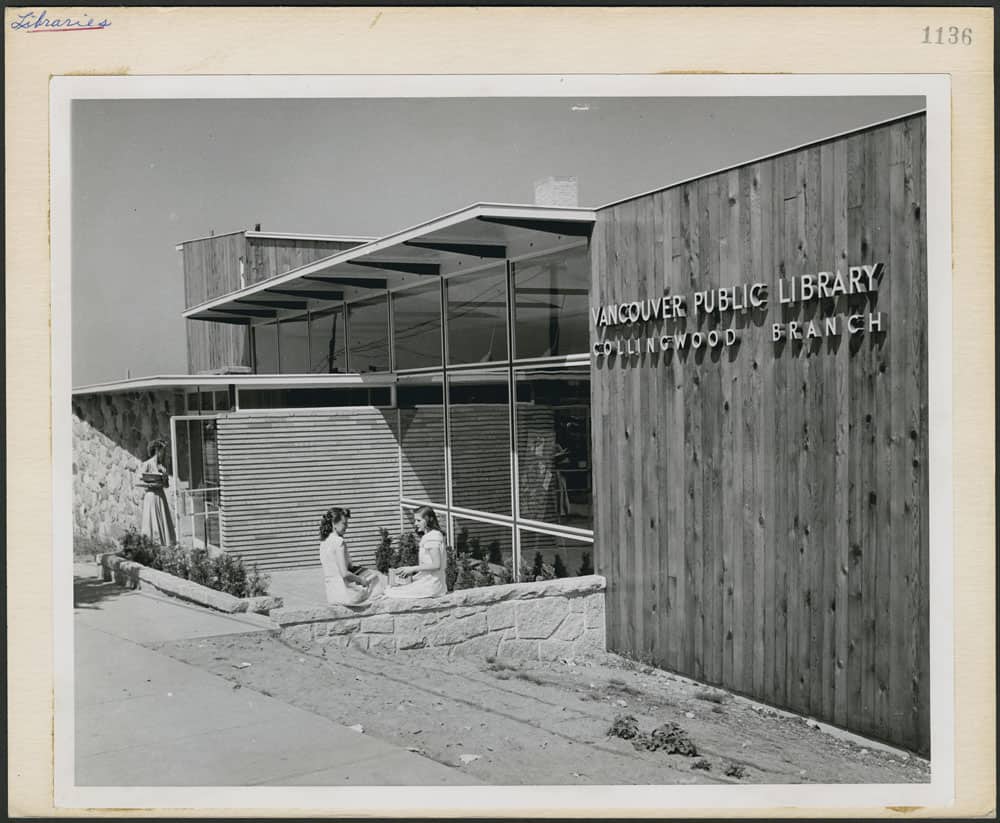 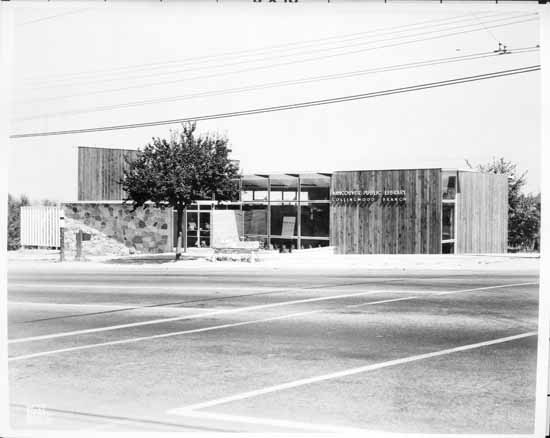 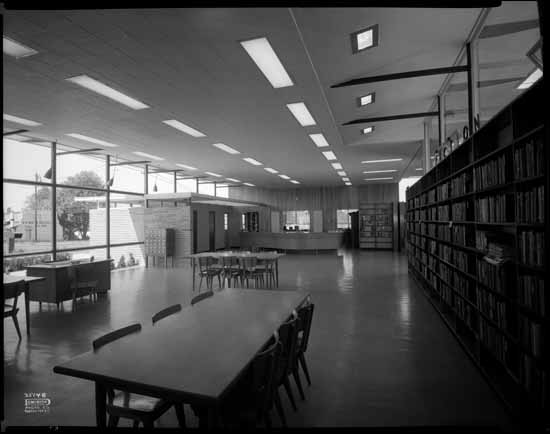 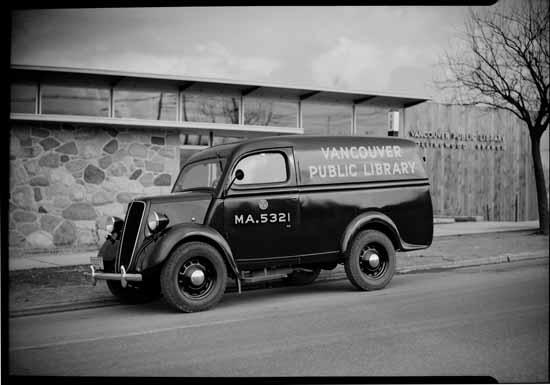 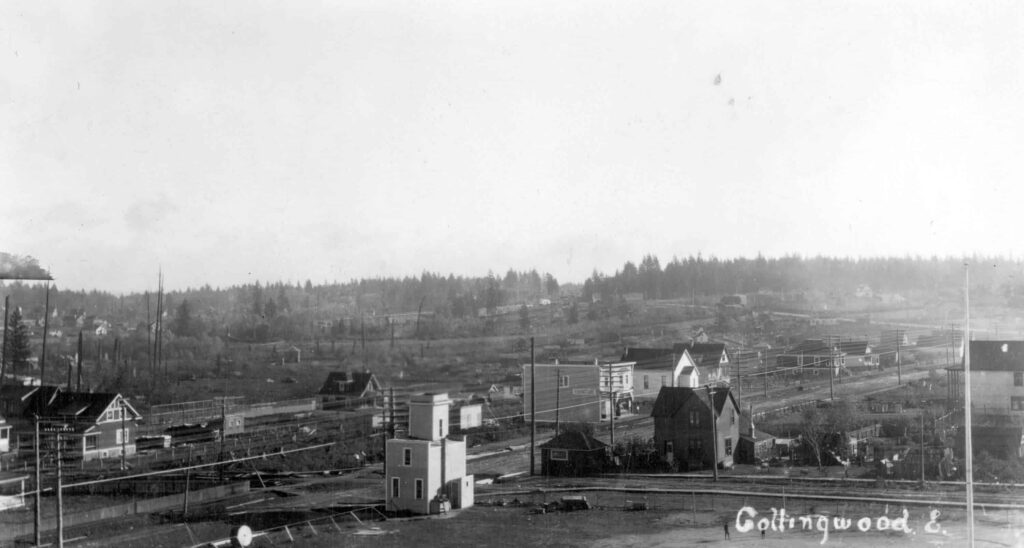 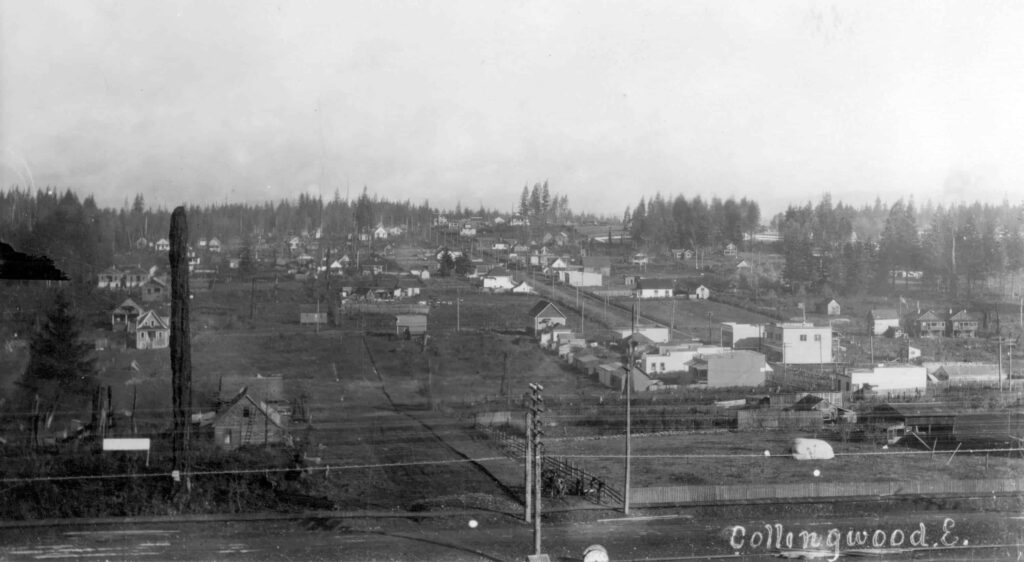 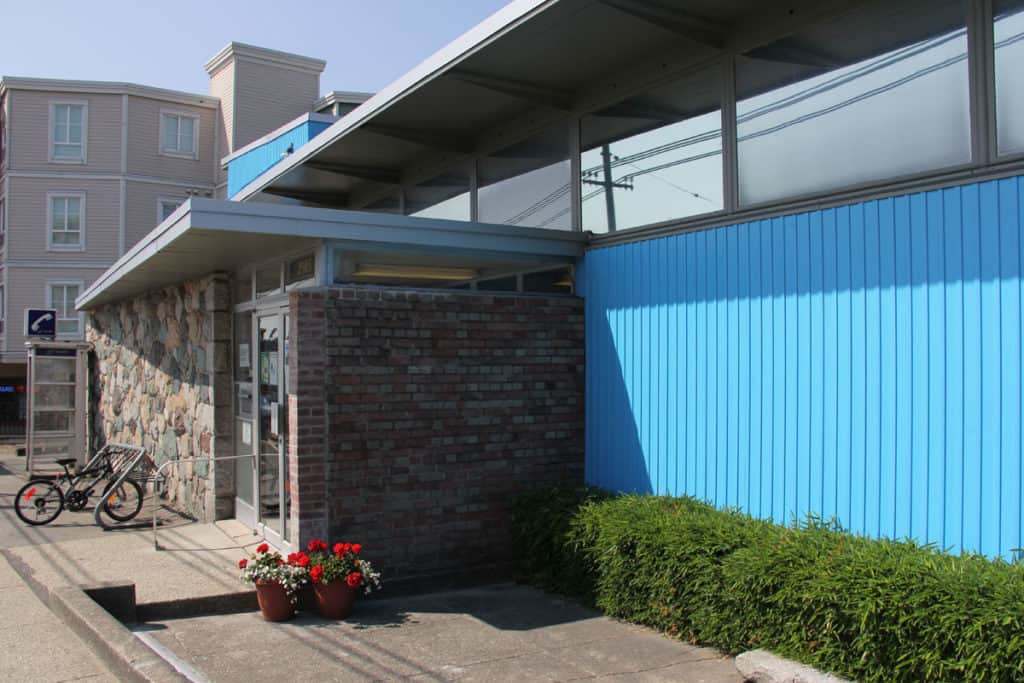 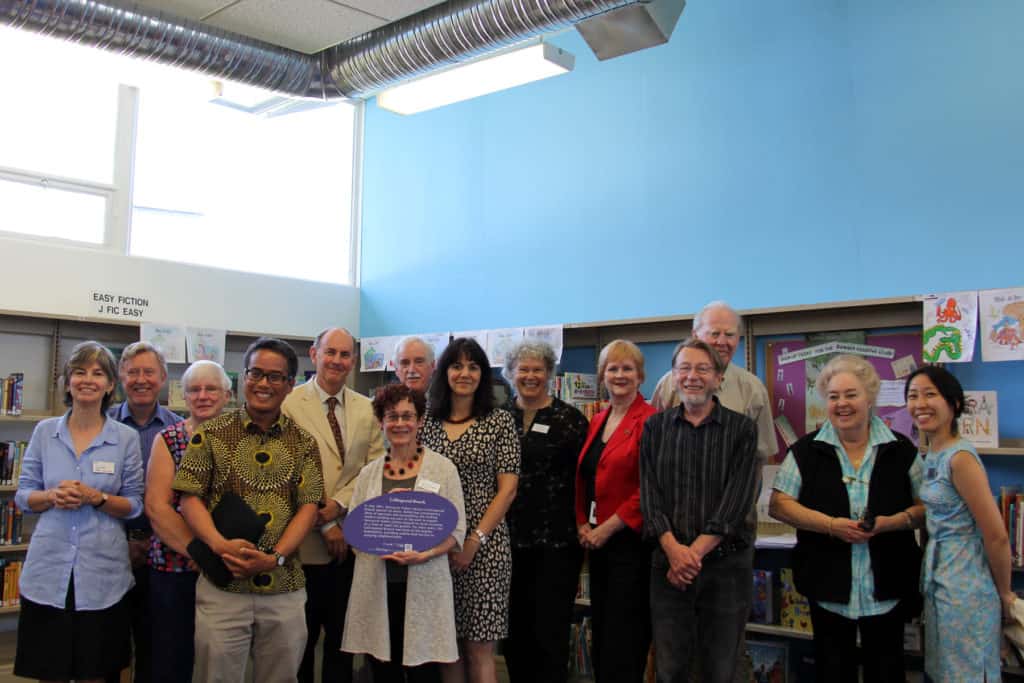 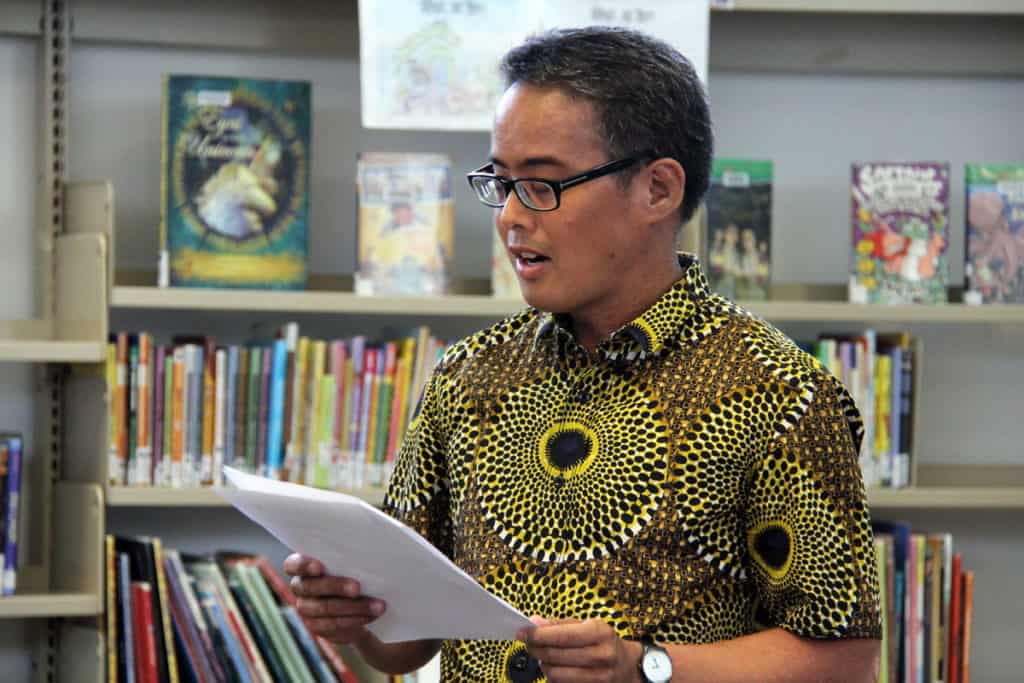 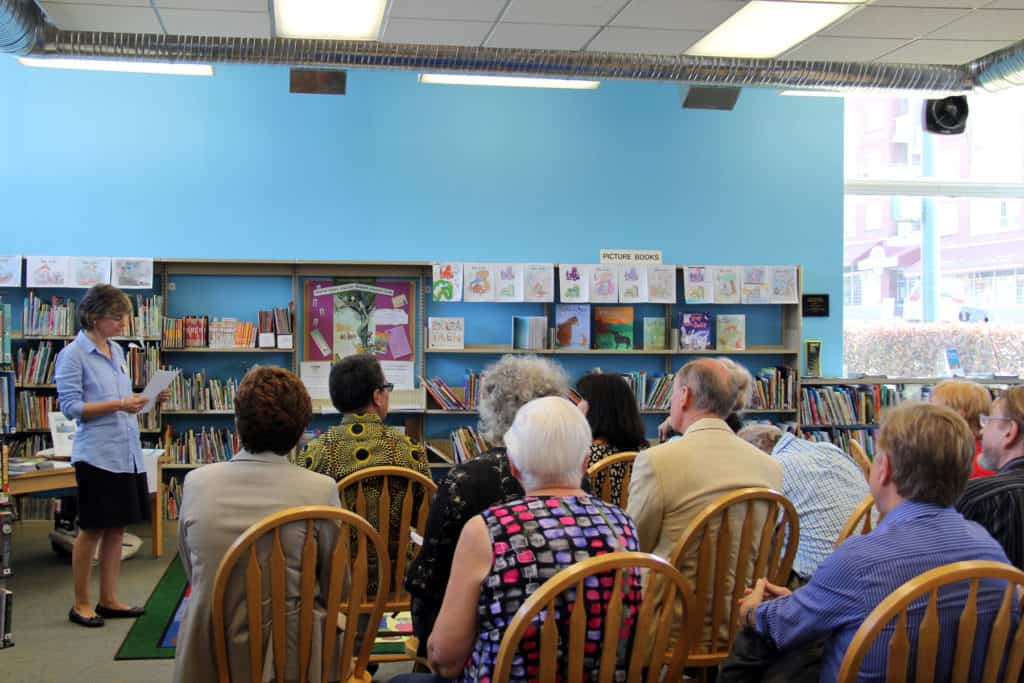 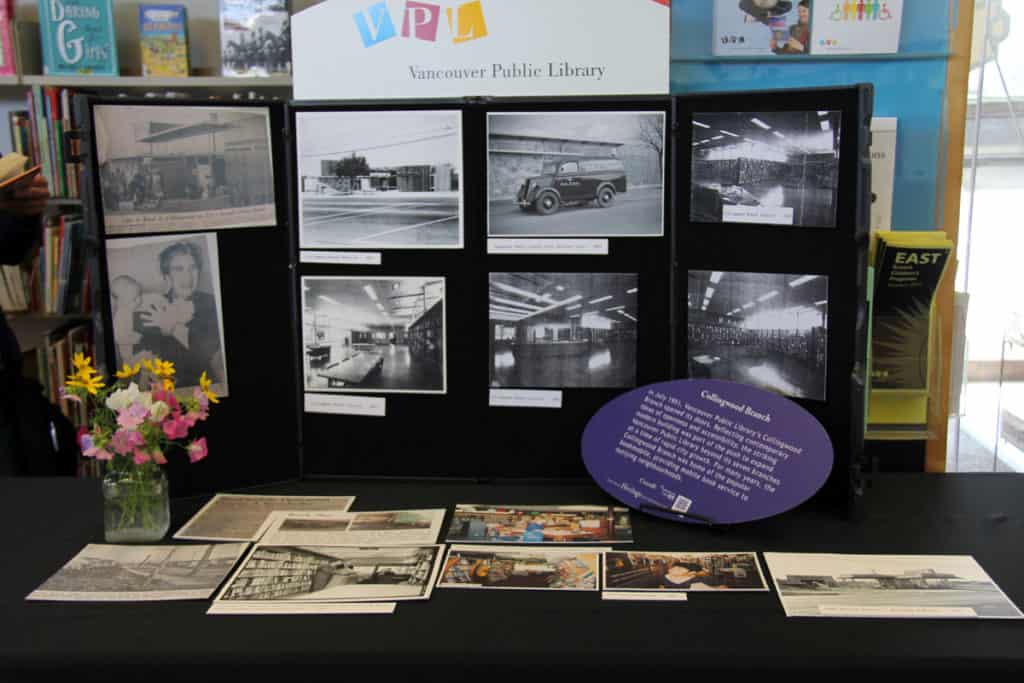 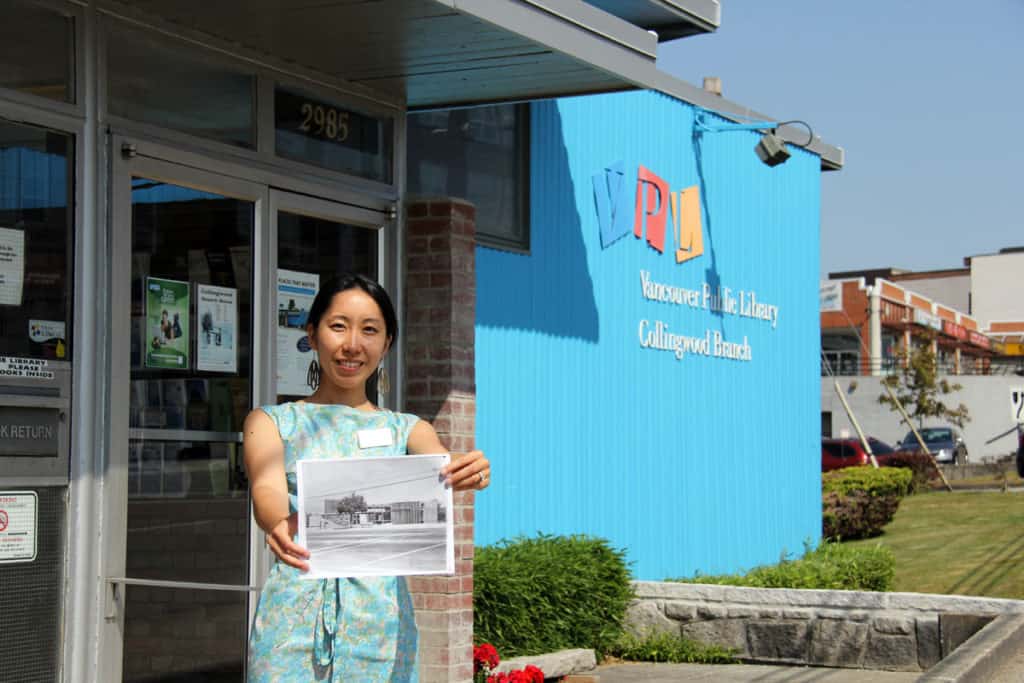 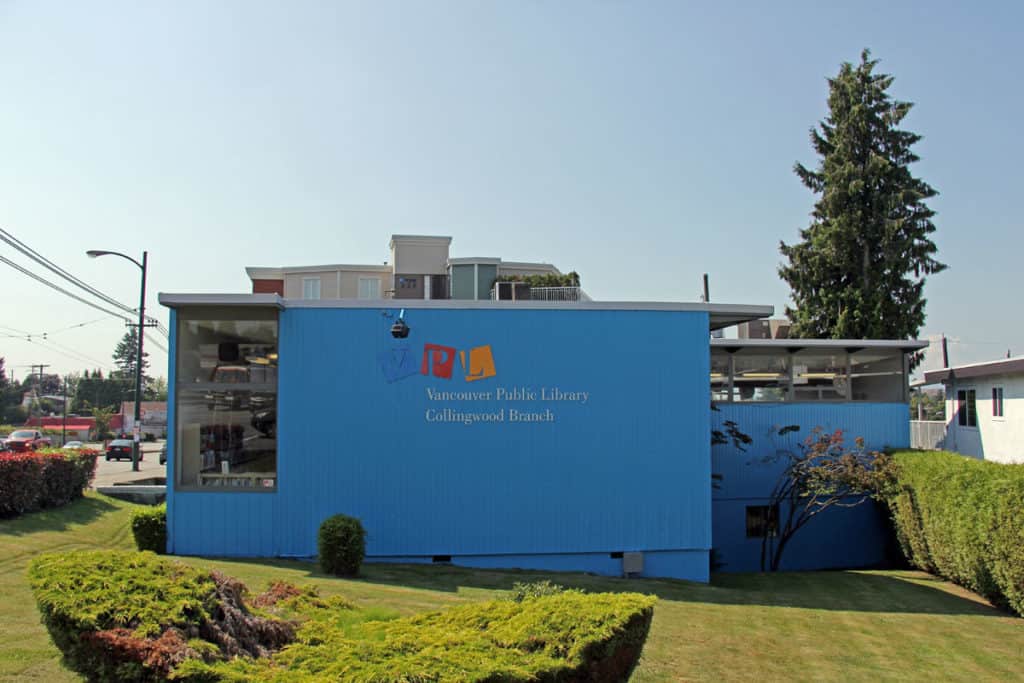