" People must begin to ask themselves whether cities are a place to work in and get out of, or live in and enjoy." (Art Phillips)

More park than station, the design of the Burrard SkyTrain station and Art Phillips Park by Allan Parker and Associates, based on a proposal from the firm of Don Vaughan and Associates, won the American Society of Landscape Architects International Award in 1990. In early spring the park explodes in an all too short burst of cherry blossoms from the double row of Akebono trees planted along Melville Street.

Design
If the Burrard SkyTrain station feels more like a park than transit hub, then the designers have succeeded in their job. The station is built on the site of the Bowell Maclean Cadillac dealership and incorporated into a triangle of land between Burrard, Melville and Dunsmuir known as Discovery Square. The design won the 1990 American Society of Landscape Architects International Award. The station was designed by Allan Parker and Associates – who were responsible for the station designs along the original Expo Line – based on a proposal from the firm of Don Vaughan and Associates who had won the original design competition for the park. Four stations on the downtown peninsula connect to the old Canadian Pacific Railway freight tunnel dug in the 1930s to move trains from False Creek to Burrard Inlet.

Art Phillips
The park is named in honour of former Vancouver mayor Art Phillips, who helped launch the centrist political party The Electors Action Movement (TEAM). Phillips was elected to mayor in 1973, ending 40 years of leadership by the conservative Non-Partisan Association. Although he only held the position for four years, Phillips is widely considered one of Vancouver’s most impactful mayors. He was known for halting an expressway planned for Strathcona and Chinatown, overseeing the transformation of False Creek into a residential community and reintroducing housing in the downtown core. He also encouraged city planners to seek more community input and focus more on environmental concerns.

Mayor Art Phillps’ leadership in a unique set of negotiations with local property owners brought about the creation of downtown Vancouver’s first new park since 1924. The site, an automobile dealership and provincial government building, had been considered a potential park site and it was Phillips’ skill and persuasion that saw half of the 2.5 million dollar purchase price come from private interests.

The initial park design had contributions from various organizations with the B.C. Nursery Trades Association contributing all of the plant materials. The park opened in September 1980. A few years later the park would be transformed with the addition of the SkyTrain station.

This park was one of many initiatives Phillips brought forward during his term in office and as mayor, he worked hard to move the city in new directions. With the extraordinary transformation of an industrial and polluted False Creek, the refusal to build freeways, by reintroducing housing in the downtown core, and with community-focussed planning initiatives, Art Phillips and his reform-minded council put in place the building blocks for the livable city.”

Cherry Blossoms
In early spring the station explodes in all-too-short burst of cherry blossoms from the double row of Yoshino trees planted along Melville Street. The station concourse is used each year to kick off the annual Cherry Blossom festival. 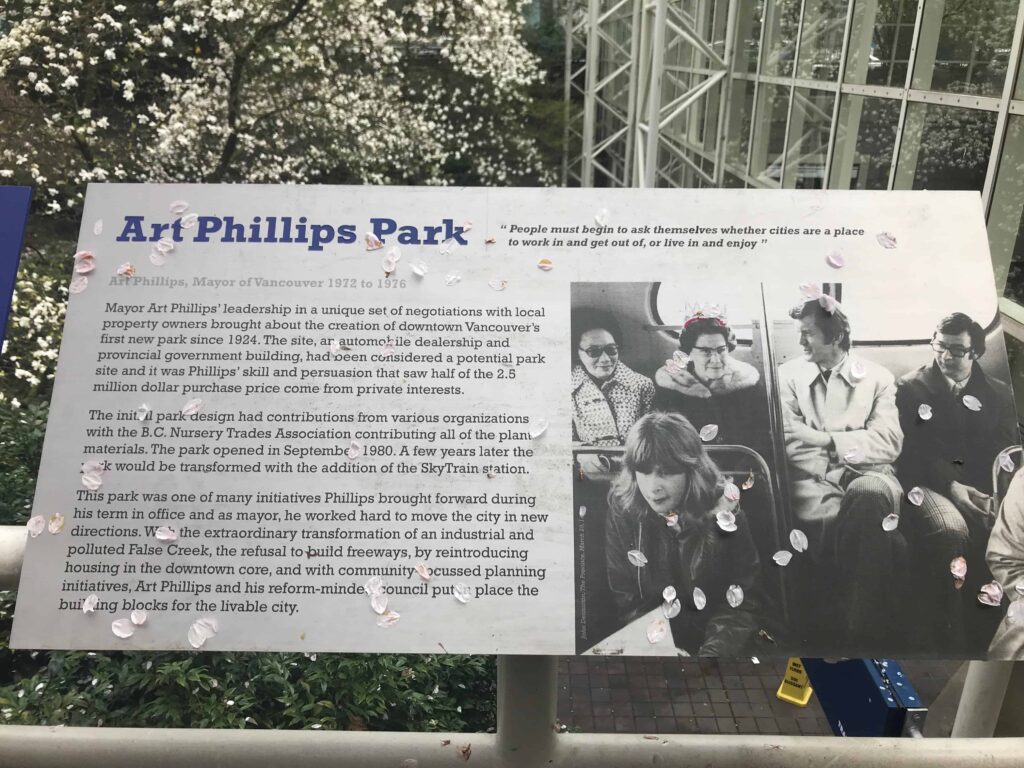 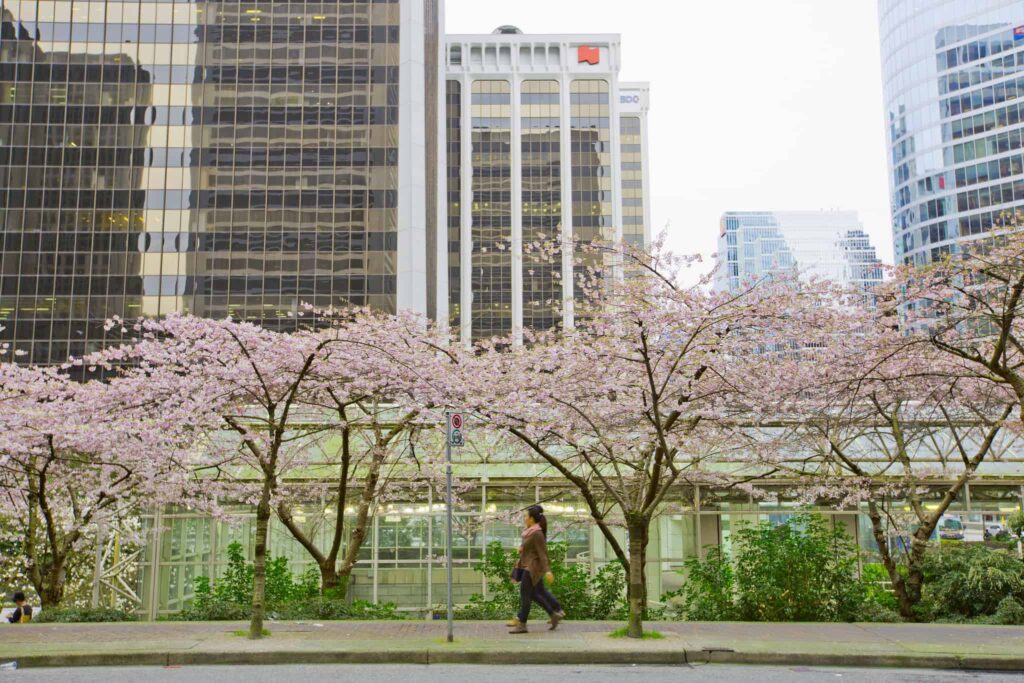 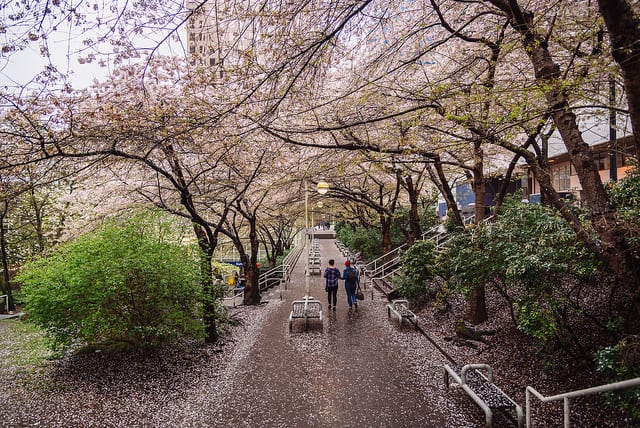 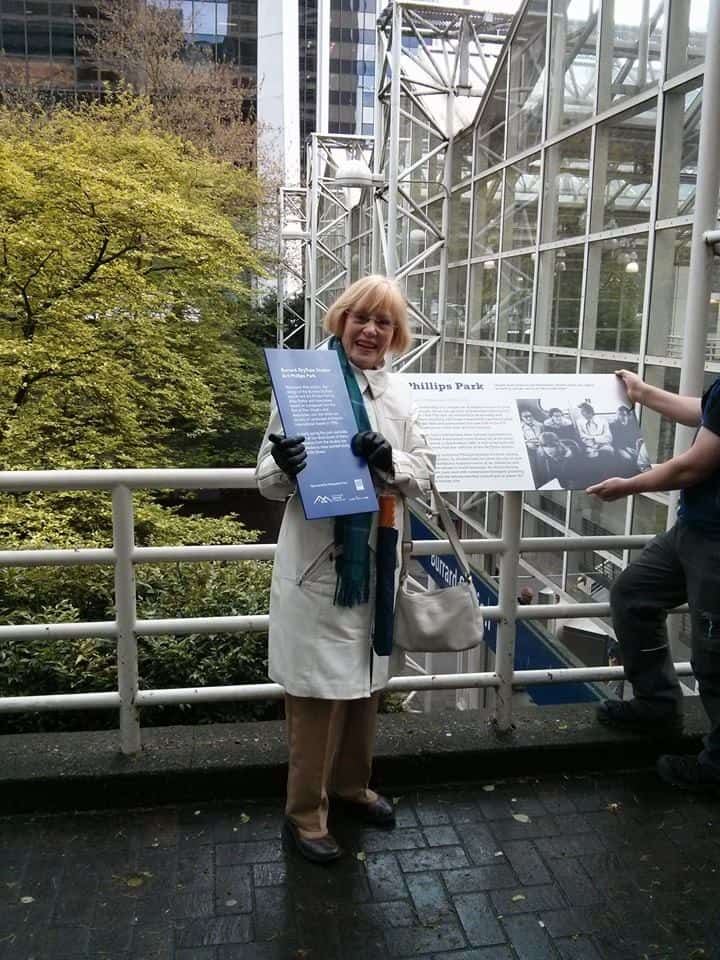 Marguerite Ford at the VHF Places That Matter plaque presentation. 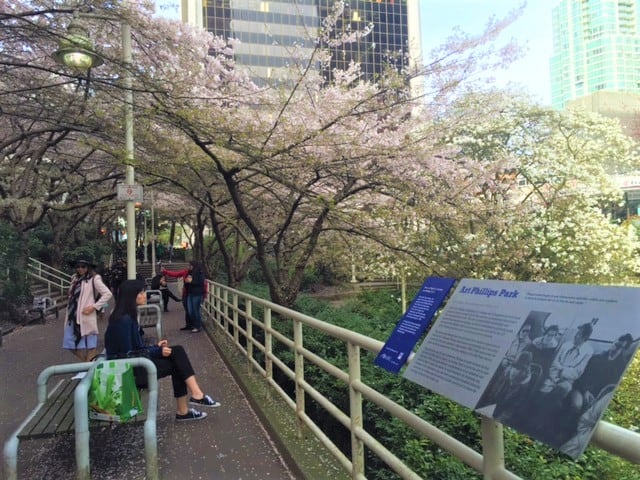 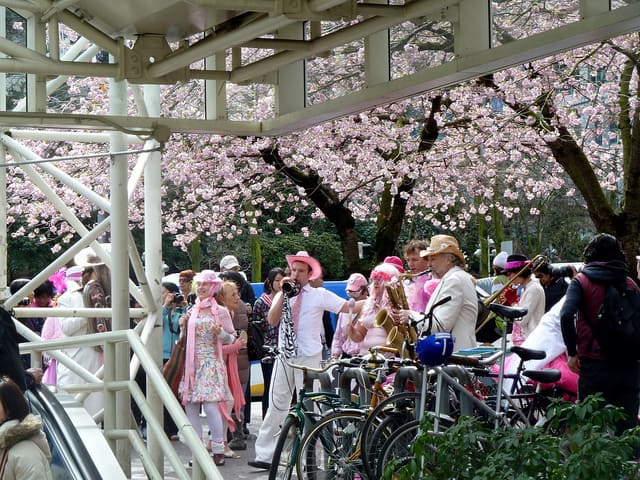 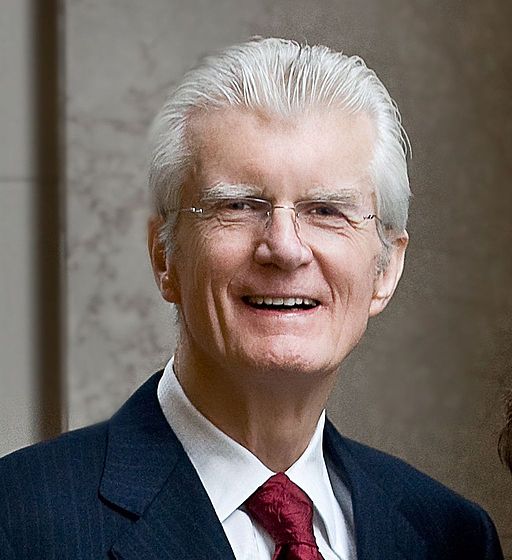 The park is named after Art Phillips, who was mayor of Vancouver from 1973-1977. 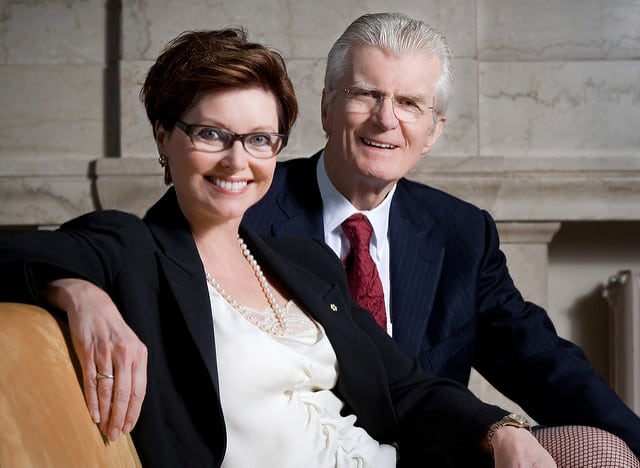 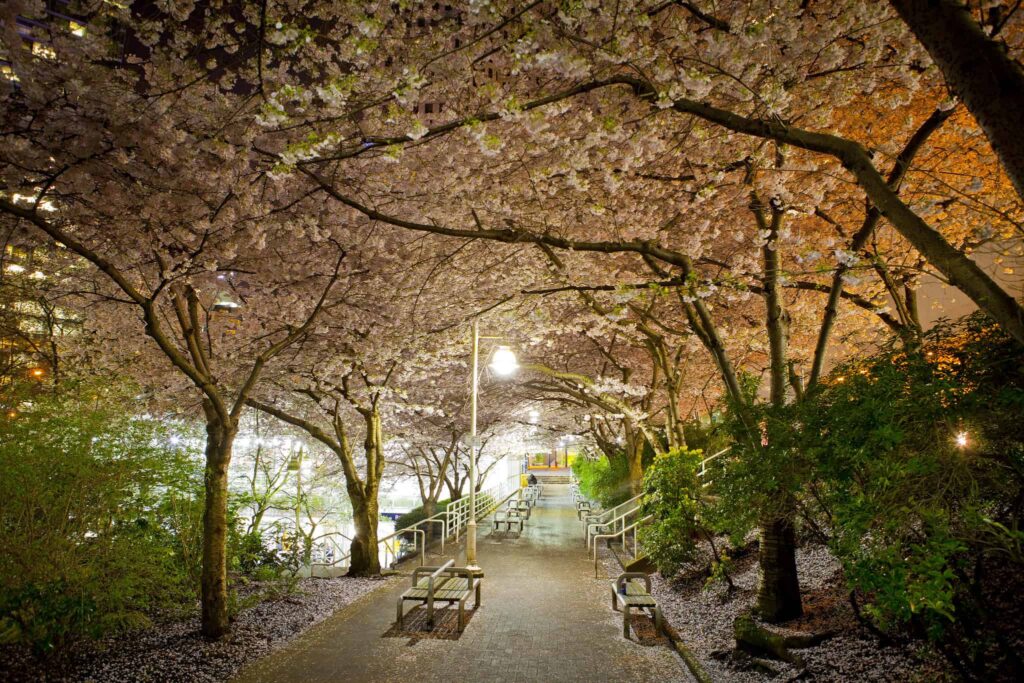 Marguerite Ford at the VHF Places That Matter plaque presentation.

The park is named after Art Phillips, who was mayor of Vancouver from 1973-1977.